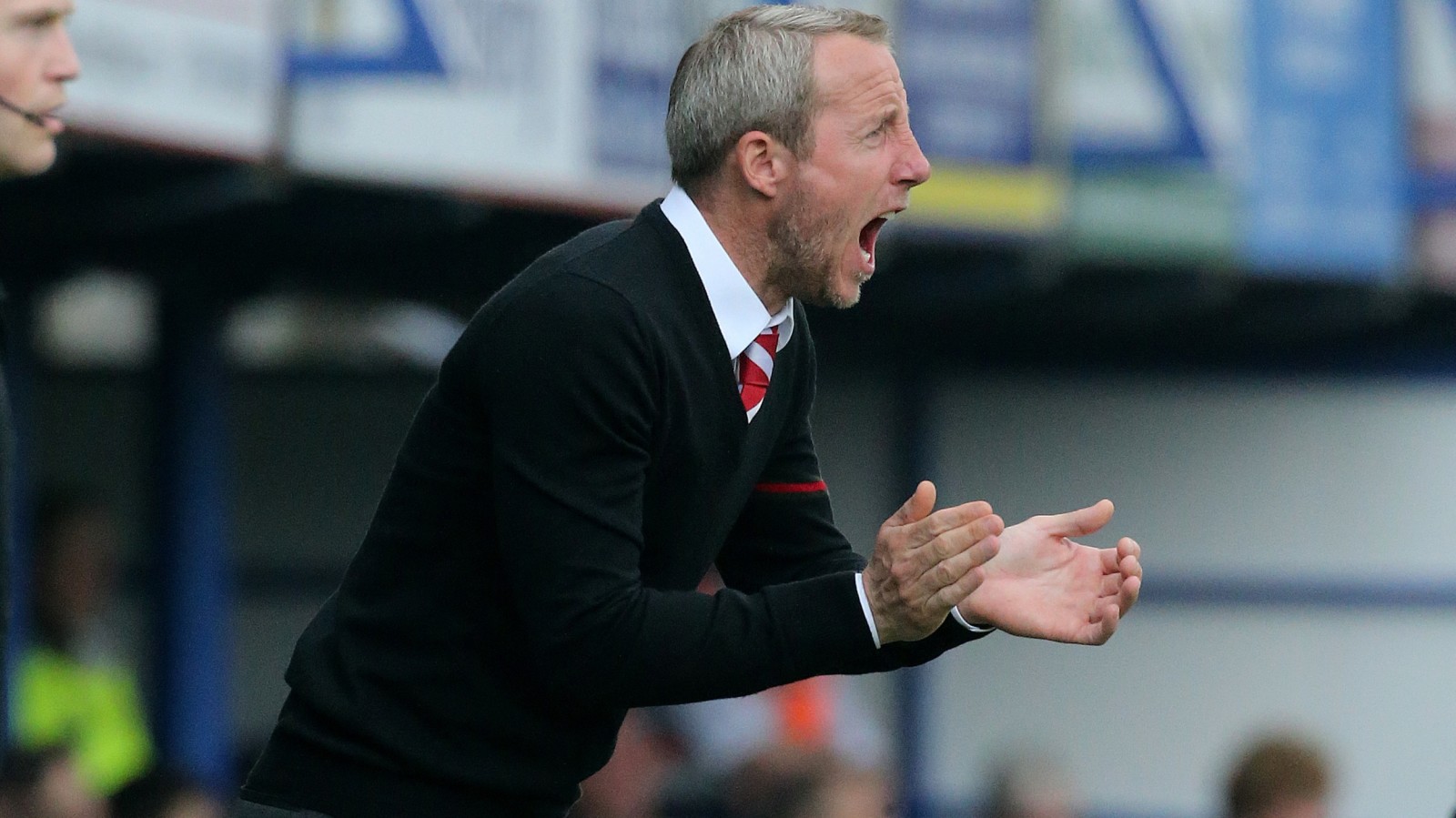 Caretaker boss Lee Bowyer is determined to rediscover the team spirit that took Charlton into the play-offs last term, when his players report back for pre-season next week.

The club remain in takeover discussions and, with talks still progressing, Bowyer has been speaking to and meeting transfer targets as he looks to build a squad capable of achieving a top-two finish in League One.

Bowyer still wants to become the Addicks’ permanent manager and, ahead of the squad’s return to Sparrows Lane, he says he has his eyes on promotion in 2018/19.

He said: “I can’t wait. This is why we’re in the game, why I’ve been involved all these years. I love the game. To see everybody come together [last season] was great but now we have to carry on where we left off.

“The togetherness we had was unreal. I think everyone could tell that on the pitch. They were completely different, they were together and fighting for each other.

“Pre-season is massive and that’s what I’ve been saying to the owner. That’s why I’m looking forward to getting them [the players] all back together, laying down the laws and telling them what we expect and then making them believe in themselves that we are going for top two. We’re not messing about, we’re going top two and I won’t let them slack off of that 100%.”

It was announced that Bowyer would be continuing as caretaker boss last week, as the club’s ownership made provisional decisions to allow preparations for the start of the 2018/19 campaign to move forward.

While the club still remain hopeful of a takeover, Bowyer’s focus is on getting his squad in place and preparing his team.

He said: “I’m still preparing the same way I would if I was manager. There will be no difference. I’ll tell them that we’re going for promotion. That’s my aim. I’ve spoken to the owner and I’ve said ‘If you can give me four players then we’ll definitely be challenging top two for sure’.

“I don’t think we need much. I think we showed that. With the run-in we had at the end of last season and the teams we beat home and away I think it shows that we’re nearly there.

The Addicks won six of their final 10 regular season games at the end of 2017/18 to make a late run into the play-offs before losing to Shrewsbury. Since then, five loan players have returned to their parent club and Ezri Konsa has joined Brentford but Bowyer believes with what he saw last year and the talented youngsters at his disposal, it is quality and not quantity he needs this summer.

He explained: “The goalie situation [with loanee Ben Amos returning to Bolton] we’ll have to work with that the best we can but the three outfield players, they’re a must. I know the owner is working on one or two at the moment, so if we can get the players in that we’ve put forward then we’ll have a great chance next season.”

Bowyer also admitted that he will allow some of his squad players to leave the club this summer. He said: “People that I don’t think we will need [will be available]. There is no point having lots of players in the building that are similar.

“I would rather have a smaller squad but a strong squad than a big squad with loads of people that aren’t going to play. I would rather bring in real quality and let go those that I don’t think will feature.”

Bowyer has taken to management and he wants the role permanently: “Hopefully that will change [being caretaker manager] in the near future. I understand the reasons why I am caretaker at the moment.”

One person who won’t be at Sparrows Lane when Bowyer returns next week is Konsa and Bowyer had kind words for the academy graduate. He said: “I spoke to Ez yesterday. I know we want to keep our best players but he’s a 20-year-old kid that needs to go to the next level.

“If we’d have gone up last season he would have stayed with us, 100% but he needs to go on. I’ve been in the game long enough to see when it is time and personally I thought he would have gone before now but it is what it is.

“He’s obviously going to be hard to replace. I don’t think we’ll be able to find someone of his quality or versatility but I think for him and for the club it was time to part. It shows what a great job Steve Avory and all his team continue to do.

“It will be a shame but I wish him all the best. I rang him and said that. I told him I want him to become a top player. I want to be watching him on the tele playing for England in the World Cup or European Championships. That’s what I expect from him.”

Bowyer, though, is focused. He has his two goals – promotion and the job permanently – and now he’s ready for pre-season and he plans on working his team hard:

He said: “Everything is ready [for the players coming back], the sports science lads have got it prepared. They have their programmes and there will be the odd thing that I’ll chuck in from when I was playing that I used to do that I thought was good and didn’t hurt me.

“There will be the sports science guys’ new philosophy and then some of the old school stuff from me, so we’ll find a balance. It will definitely be hard work though, I can assure you of that.”