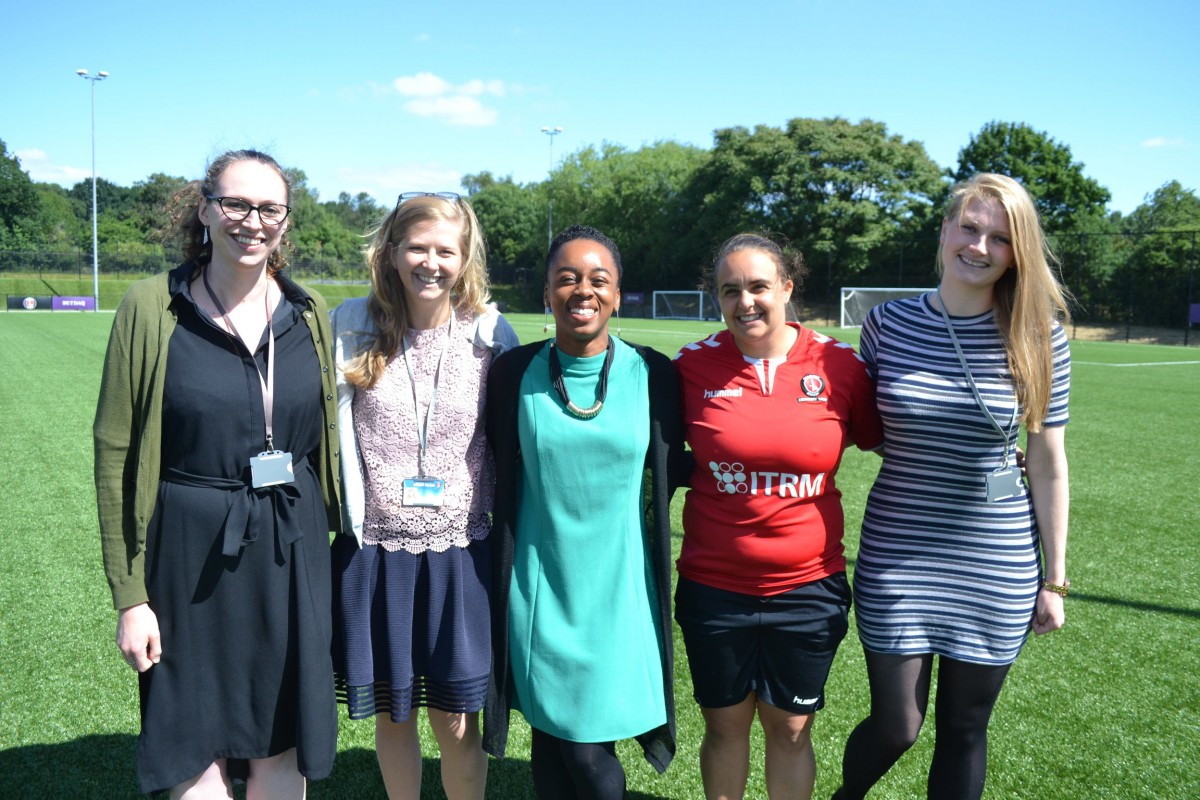 In celebration of Women’s Sport week, Charlton Athletic Community Trust (CACT) is highlighting some of the women who work in the organisation and their dedication to sports in their daily lives.

By day, they contribute to the programmes and initiatives delivered by CACT, and outside of their working days, they take on their own initiatives by meeting their personal goals in sports.

Passionate about cycling, Research and Impact Officer Clara Freixes Ramoneda, Education Centre Manager Kate Gould and Quality Assurance and Impact Officer Vanessa Fortune have incorporated bikes into their lifestyles. By choosing this method of commuting, they have been contributing to the Low Emission Neighbourhood scheme CACT promotes on behalf of the Royal Borough of Greenwich.

In addition to their daily commute, Kate and Clara (pictured below) have ridden their passion further by taking part in the London Nightrider 2018, completing 100km in support of the Alzheimer’s Society. Kate, Clara and Vanessa will also be taking part in the Prudential RideLondon-Surrey on 28 July.

Joining in on the Big Half 2018, Clara was the only woman from CACT to run at the event. Surpassing the target, Clara raised the largest amount amongst the group with over £700. The money went towards helping CACT in achieving its three main goals: improving health, reducing crime and improving education and employment at the heart of the community.

“I felt very proud to take part in the Big Half. It was such an empowering experience for me and it was great knowing that I was supporting CACT whilst doing something that I enjoy.”

Taking on a more splashing approach to sports, Head of Youth Service Jeannette Harrison and Head of Fundraising and Development Lorna Taylor use swimming as their regular sport.

Event Manager Annabel Upson gets hands on with her choices of sport by taking part in long distance running and being part of a local netball team. Also involved in netball, Short Breaks Coordinator Alex Levey is part of the OBA Netball Club in Bexley.

Also supporting another one of CACT’s initiatives and events, Clara joined Finance Assistant Danielle Perry and Youth Service Marketing & Outreach Officer Shade Thompson at the Hummel kit launch in November 2017. Shade, who is also a Hip Hop dancer, took on the role as captain of one of the staff teams on the 7-a-side matches at the club’s Sparrows Lane training ground.

It’s great to see women at CACT participating in various sporting activities in their daily lives and empowering each other!