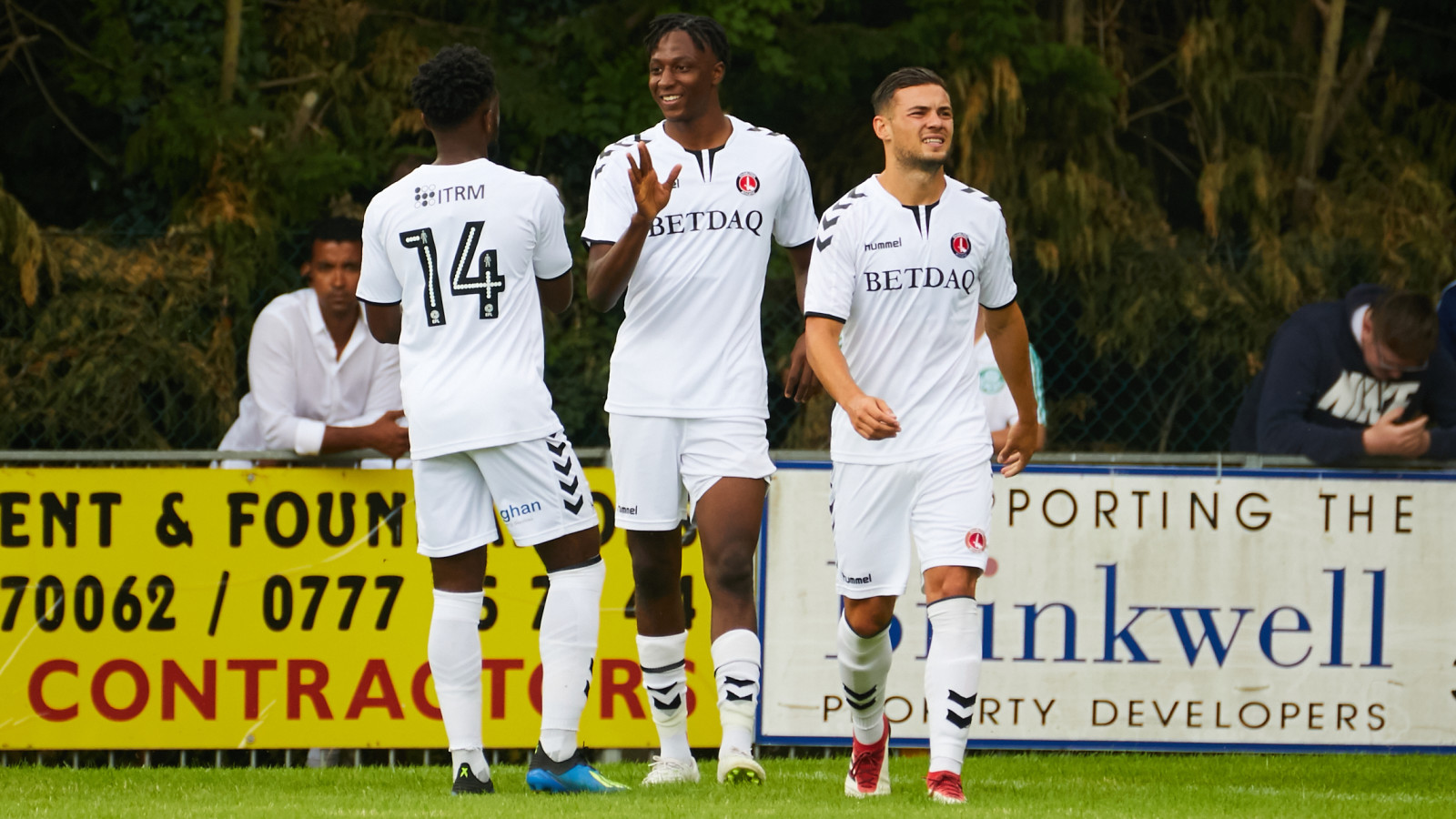 Charlton continued their pre-season preparations by recording a 2-0 victory against Crawley Town on Saturday afternoon.

An early Joe Aribo header put the Addicks in front at East Court Stadium and, after the break, Karlan Grant doubled the advantage to seal the victory.

Lee Bowyer’s squad now face two friendlies at The Valley – against Brighton & Hove Albion and Norwich City – before the league campaign kicks off against Sunderland on August 4th.

In terms of team news, Lee Bowyer named a more senior starting XI to the teams which had begun Charlton’s previous friendlies.

Phillips lined up in goal and was protected by a back four of Chris Solly, Patrick Bauer, Jason Pearce and Lewis Page. Ahead of them, Mark Marshall, Aribo, Jake Forster-Caskey and Tariqe Fosu made up the Addicks’ midfield four, with Lyle Taylor and Grant leading the line.

The Addicks broke the deadlock on eight minutes. Some enterprising play on the left flank from Karlan Grant won the Addicks a corner. Jake Forster-Caskey whipped in the flag-kick and, having darted towards the near post, Aribo met it with a flicked header that nestled in the corner.

Crawley trialist Andy Driver forced Dillon Phillips into a close-range save a couple of minutes later and the Addicks were next to go close on 18 minutes.

Goalscorer Aribo jinked away from a Crawley challenge in midfield and, 20 yards from goal, he tested Reds stopper Glenn Morris with a low, curling shot.

Crawley were handed a route back into the game on 27 minutes when Ollie Palmer tumbled inside the box, following a challenge from Lewis Page. Phillips kept Charlton in front, however, by diving to his right and saving Josh Payne’s corner-bound spot-kick.

A brilliant Forster-Caskey delivery from a free-kick and a teasing Grant cross presented the Addicks with two more opportunities before half-time and, just before the break, they were dealt a blow when Fosu was forced off with an injury.

The south-east Londoners held a one-goal lead after 45 minutes and Lyle Taylor was handed his first sight of goal on the hour mark when he pulled a high ball out of the air before shooting wide.

Charlton got their second goal on 62 minutes. Grant – who enjoyed a great loan spell at Crawley last season – capitalised on a short back pass before chipping the ball over replacement goalkeeper Yusef Mersin and into the net.

Addicks forward Taylor was withdrawn as a precaution with 20 minutes remaining, having picked up a knock, and 10 minutes from time Crawley substitute Mark Randall sent a tame strike well wide, in a rare attempt for the hosts.

Poleon came close to halving the deficit moments later, only for his strike to be deflected behind by Phillips. At the other end, Doughty was denied by a great recovery tackle from Jamie Turley after the Charlton youngster had rounded goalkeeper Mersin.

Fellow Addicks academy product Albie Morgan rifled a strike towards goal that Mersin held onto with a couple of minutes remaining, and that proved to be the final action.