Bowyer on Charlton’s pre-season win against Crawley, Fosu and Taylor injuries and transfers 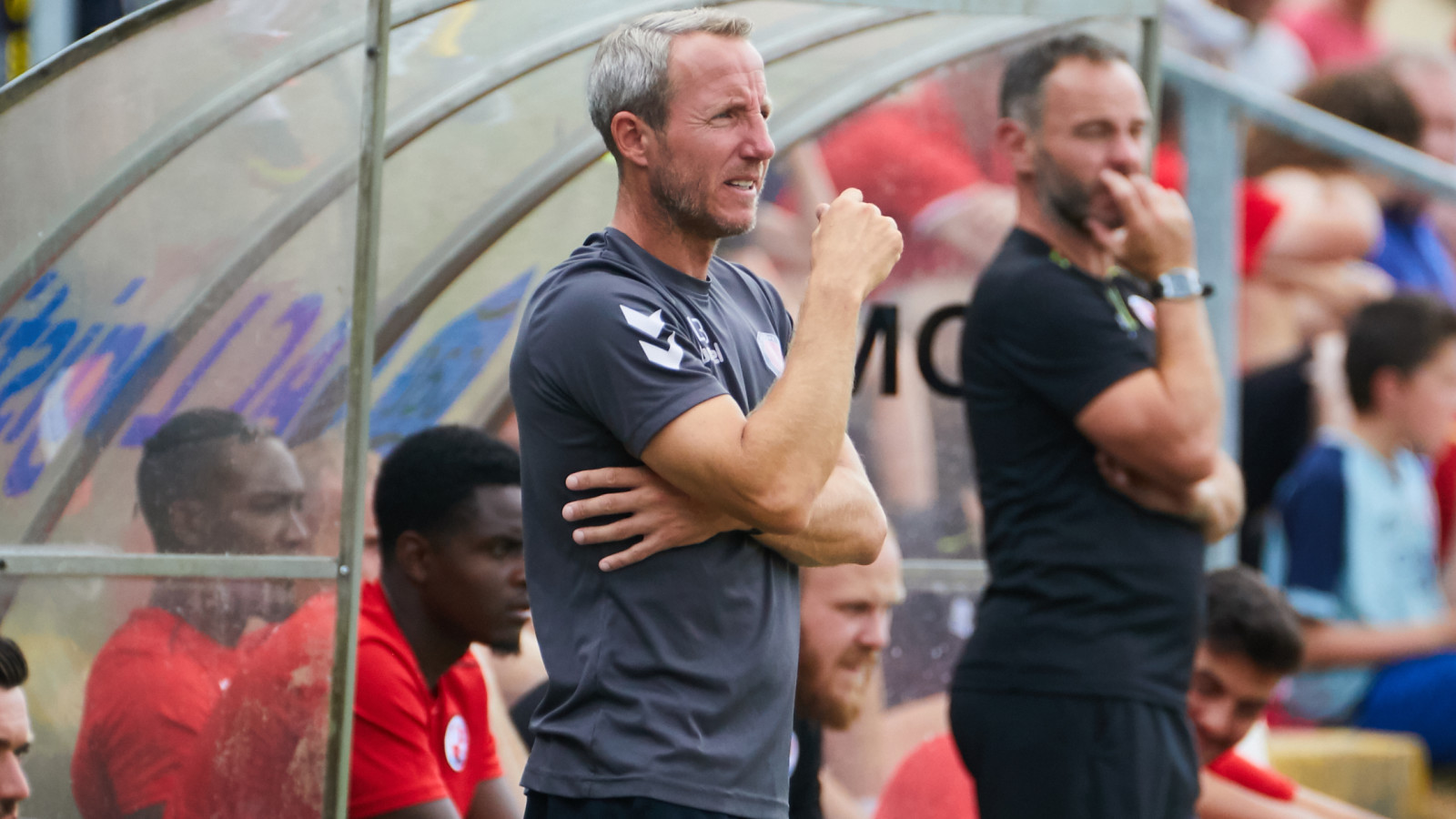 Lee Bowyer says that Charlton’s players are now fighting for their starting places at Sunderland on the opening day of the season.

The Addicks earned a pre-season victory against Crawley Town on Saturday afternoon, with Joe Aribo and Karlan Grant notching the goals in the 2-0 success.

And, having used the match to give 90 minutes to eight of his players, Bowyer said that everyone in his squad should be using the remaining warm-up games to stake their claim.

“It was good and competitive,” Bowyer said. “It was always going to be like that because Harry Kewell is very competitive, as I am.

“We’re getting closer to the start now; everyone is fighting for their position, so we were going to be putting our tackles in and Crawley were too because everyone wants to start that first game of the season.

“It was a good run out. Again, the pitch wasn’t the best but we pushed the lads today and eight of them got 90 minutes.”

Two players who didn’t get 90 minutes were Tariqe Fosu and Lyle Taylor, with the duo both being withdrawn as a precaution due to injury. Afterwards, Bowyer gave the latest on both of them.

He said: “Tariqe had to come off because he was struggling with his hamstring again. We don’t know how bad it is and hopefully it is just a bit of tightness. Hopefully he hasn’t pulled it.

“Lyle came off too, but his was just a knock.”

The Addicks named a youthful substitute bench for the game. Bowyer explained why.

He said: “On Tuesday, we’ve got a new starting XI. There were some experienced ones that we didn’t bring along today. There is no point in them coming along just to sit on the bench.

“The whole point of this stage of pre-season is to get as many of the players through 90 minutes as possible.

“Josh, Nicky, Naby, Simon Dawkins will all start on Tuesday. Pratley will get 45 minutes and the lads Ince will too.”

With the transfer window set to close early next month, the caretaker boss was also asked to provide the latest on incoming and outgoings.

Bowyer said: “Midfield is definitely where we are short. Now we have got three in the building, along with the young lads, so we need at least one more central midfielder. Then we’ll try and tidy up in other positions.”