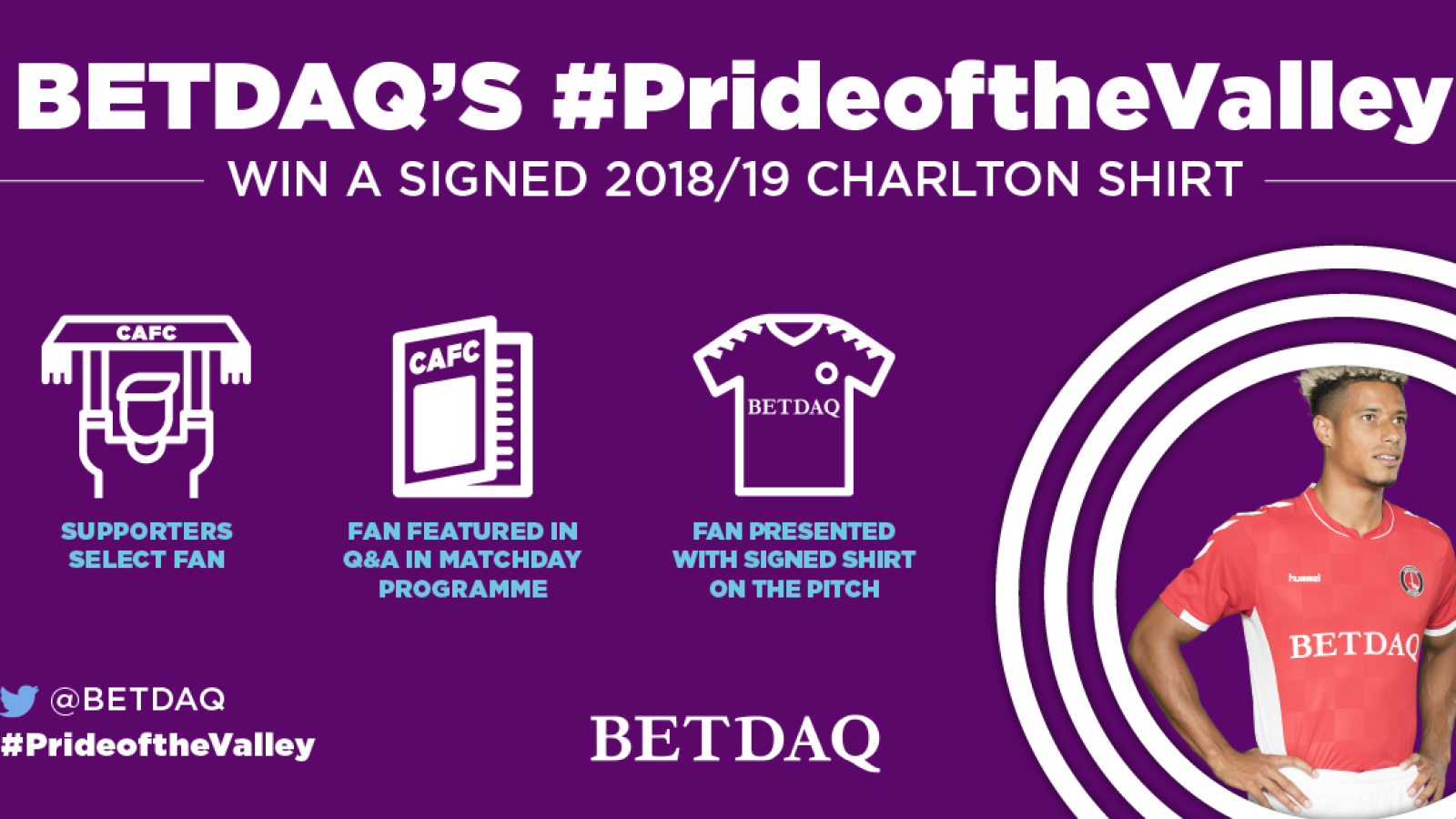 The betting brand will work with fans to identify the Addicks' most hardcore supporters and reward them with a signed shirt which will be presented to one supporter pitchside before each home Charlton league game.

Robert Connolly, Head of Marketing at BETDAQ, said: “We’re now into our third year as principle sponsor of Charlton and as firm followers ourselves at BETDAQ, we are excited to launch #PrideofTheValley and give something back to the fans for the 2018/2019 season, who are the heartbeat of this great club.

“We can’t wait to hear from supporters who are there for the side week in and week out, home and away, and look forward to hearing about what Charlton means to them.”

The first supporter selected will be interviewed in the programme for today's game against Shrewsbury Town and presented with a signed shirt at 2.30pm on the pitch.