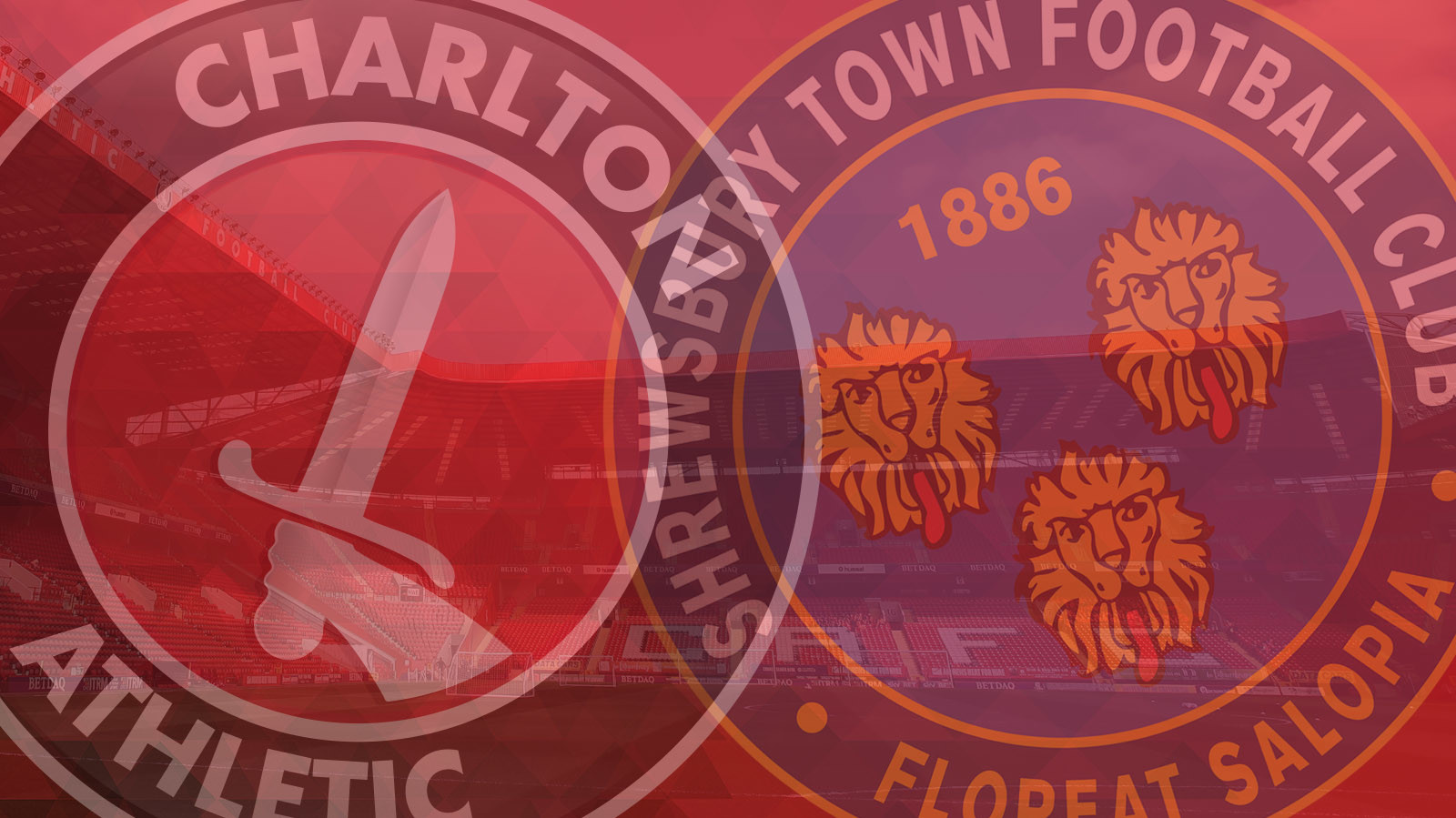 Charlton will be in front of their home faithful for the first time this season when they host Shrewsbury at The Valley on Saturday (3pm).

The Addicks will be looking at this match as the perfect opportunity to gain some revenge on the visitors, who beat them in the play-offs last season, and tickets remain on sale.

Another incentive is to put their first points on the board, after succumbing to a 96th minute goal from Lynden Gooch in Saturday’s unfortunate 2-1 defeat at Sunderland.

Meanwhile, play-off finalists Shrewsbury have seen all change following last season’s 2-1 defeat at the hands of Rotherham United at Wembley Stadium. Manager Paul Hurst has moved to Ipswich Town and some key players have moved on as well.

Toto Nsiala and Jon Nolan have both followed in the footsteps of their former manager and have switched to Portman Road.

Saturday’s curtain raiser for the Shrews ended in a 1-0 defeat at home to Bradford and, therefore, both teams will be hoping to get some points to get their seasons up and running.

Captain Jason Pearce is set to miss the game after picking up a knock to the knee late in Saturday’s game at Sunderland. Apart from that, Charlton have no other fresh injury concerns, with all their longer term absentees Tariqe Fosu, Ben Reeves, Billy Clarke and Igor Vetokele still sidelined. New signing Jed Steer could be involved for the first time.

Tickets for Saturday’s opening home game remain on sale and prices start at:

Charlton caretaker boss Lee Bowyer: “We’re excited to have our first game at home and hopefully there will be a good crowd that turn out. Obviously, we have had a couple of pre-season games but to really get the season going at home will be exciting.”

Shrewsbury Town midfielder Shaun Whalley: “I thought we did quite well on Saturday against Bradford, but obviously we didn’t get the result and we are looking to put that right this Saturday against Charlton.”

The Shrews have the edge on the Addicks and have won 10 of the previous 23 meetings, with Charlton winning six, while the remaining seven matches have ended as draws. Charlton have won two of the last six meetings and, in last season’s league games, the away side ran out 2-0 winners on both occasions between Charlton and Shrewsbury.

For 2018/19's match previews, we will be dipping into the Valley Pass archive to look back on a previous encounter against Charlton's opponents. This time, we look back relatively shortly at the Addicks' 2-0 win over Shrewsbury last season. Jason Pearce bagged the opener as Lee Bowyer's men earned a crucial three points. Watch the highlights on Valley Pass.

Craig Hicks is the man with the whistle for Saturday’s game. Last season, he brandished 124 yellows and six reds, and he has already dished out seven yellows so far this term. Last season, the referee officiated three matches where he did not book any players and one of those games was Charlton against Fulham U21 in the Checkatrade Trophy where the Addicks won 3-2.

On Saturday, the Fans’ Bar will be showing the live matches between Newcastle United and Tottenham Hotspur (early kick-off), Derby County and Leeds United (5.30pm kick-off) and Wolverhampton Wanderers and Everton (5.30pm kick-off).

Saturday's Family Activity Zone will be open as normal between 1.15pm and 2.30pm, giving youngsters the chance to warm up for the game by playing FIFA, pool and table tennis.

On the East Street menu for Saturday are honey-baked ham brioche baps, served with English mustard, while jumbo pork sausages with onions in French bread will also be on sale.

Chicken nuggets and chips with a Capri Sun will be available for children and, elsewhere, steak and ale pies, and cheese and onion pasties will be on sale.