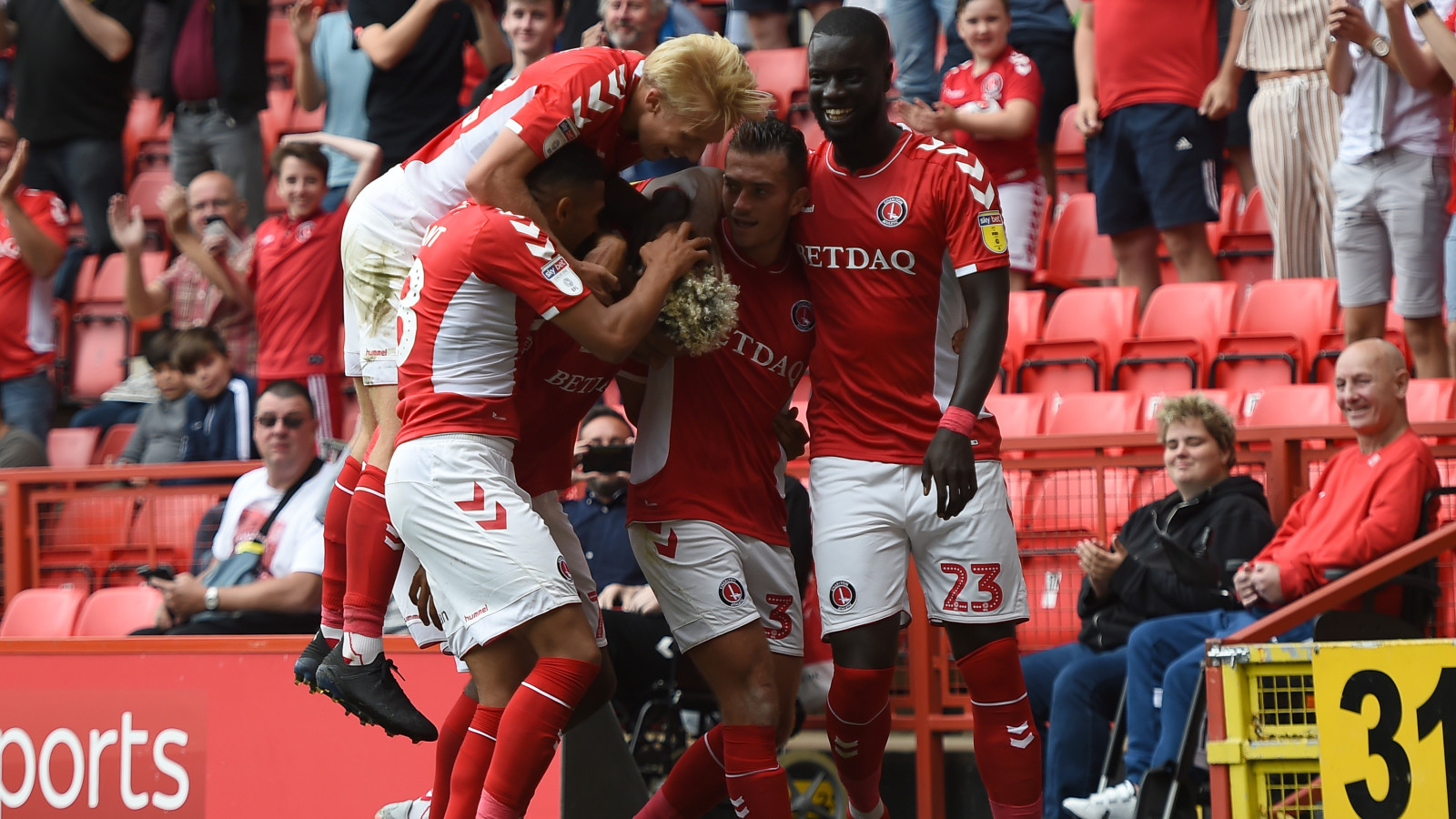 Charlton got their home league campaign off to a winning start at The Valley on Saturday thanks to a dramatic, last-minute winner from Karlan Grant against Shrewsbury Town.

It looked like honours would be shared after Lyle Taylor’s opening goal was cancelled out by Lenell John-Lewis seven minutes from the end of play, but Grant bagged a dramatic winner.

Across the league there were five away wins, three home wins and four draws. A fantastic display earned Peterborough United a win at Rochdale. The hosts took the lead within the first 20 minutes through Ian Henderson, when he scored from the penalty spot, but The Posh quickly levelled eight minutes later through summer signing Jason Cummings when he scored the first goal of his loan spell from Nottingham Forest.

After that, the visitors turned the game on its head by scoring three goals in the last 20 minutes of the opening period to seal the result.

Burton Albion’s return to League One following relegation has not played out well thus far. They recorded their second loss from two games as they went down 3-1 away to Gillingham, despite Liam Boyce giving them a first-half lead.

Doncaster Rovers were big winners as they scored three goals in the second half against Wycombe Wanderers and sit second in the table. There were away victories for Barnsley and Portsmouth, who won 2-0 and 2-1 against Bradford and Blackpool respectively.

Karl Robinson’s Oxford United have endured a tough start in the league. They are yet to score this season, conceding six with two of those coming against Joey Barton’s Fleetwood Town on Saturday.

There were three 1-1 draws in the third tier, Luton Town drew with Sunderland, Plymouth Argyle and Southend United tied and a Zeli Ismail penalty gained a point for Walsall against Scunthorpe United at Glanford Park .

Finally, AFC Wimbledon and Coventry City played out a 0-0 draw, with the best efforts coming from Dons forward Kwesi Appiah, who was twice denied by Liam O’Brien.