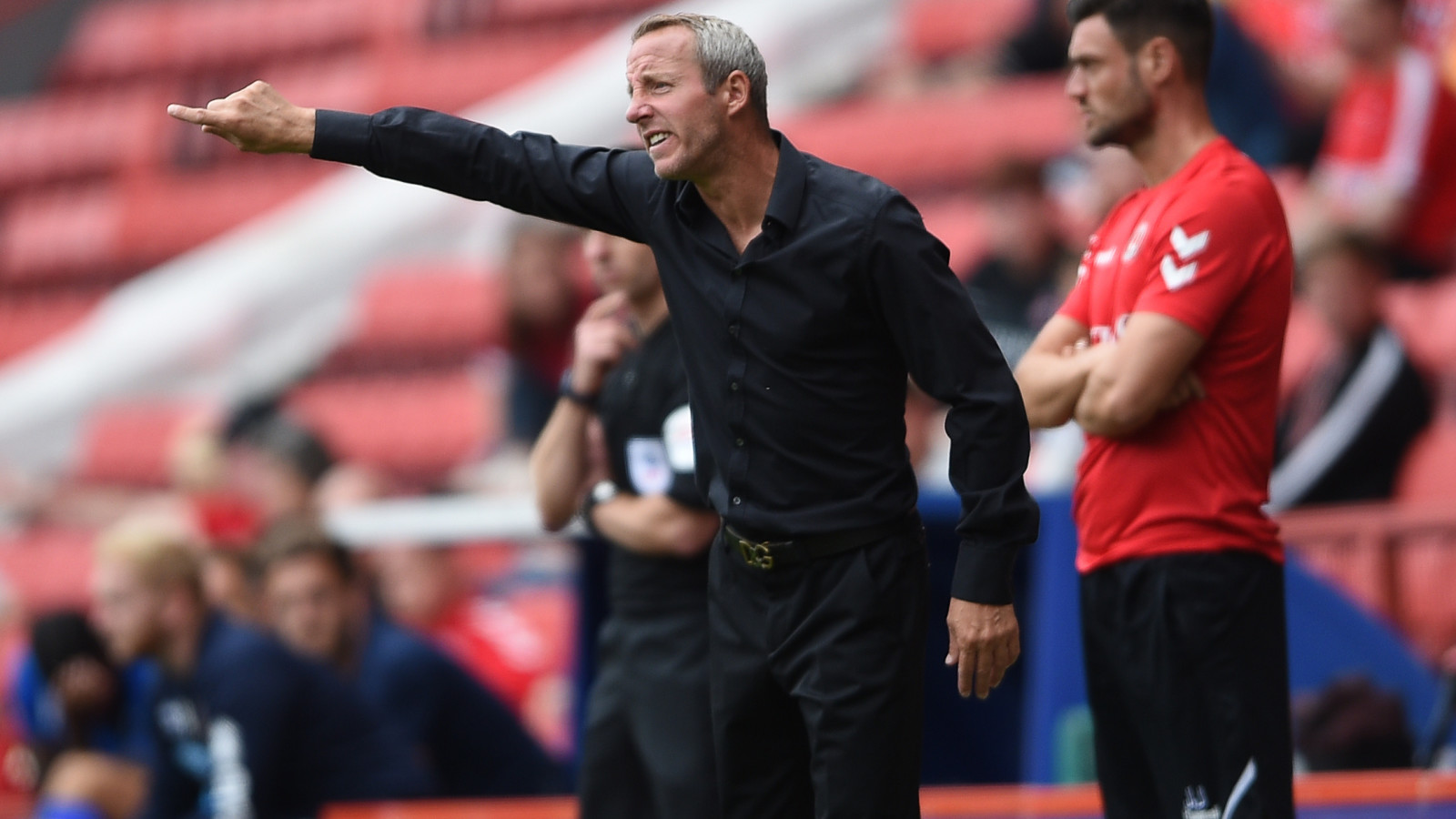 Lee Bowyer is backing Charlton to record three points against Peterborough United at The Valley on Tuesday night.

The Addicks were held to a draw by Accrington Stanley at the weekend, and tonight’s match-up will see them face off against the early-season league leaders.

Peterborough have won their first three league games but Bowyer believes his team have enough quality to overcome the Posh, providing they make the correct decisions in the final third.

“It’ll be another physical game,” he said. “They’re a very, very big side and they’re very dangerous at set-plays. They’ve scored a couple of goals from them already and they like to put crosses into the box.

“One of their midfielders arrives late in the box, so they have done well so far. Everyone wants to get off to a good start and they have done.

“I’m disappointed that we have only got four points, I think we should have at least seven. We should have won on Saturday. Peterborough are on nine but I don’t see why we can’t, with our own crowd behind us, go and win the game.”

Tuesday’s game is Charlton’s second home match of the season. The Addicks earned a 2-1 victory over Shrewsbury Town in their first Valley outing.

Bowyer has been encouraged by his team’s performances so far this season and has identified what they need to do to put more points on the board.

He said: “On Saturday [at Accrington], the biggest thing for me was our decision making in the final third; when to square the ball, when to lay someone in instead of shooting and that was the thing that frustrated me the most because I cannot control that.

“The lads knew that after the game because I told them and I told them again on Sunday. I’m expecting something a bit different against Peterborough but I still expect us to move the ball well.

“We have to be ruthless. That’s our problem at the moment, we’re not ruthless in front of goal. The good thing for me is that we are getting into those areas and it’s going to come.

“All of sudden we will start winning games by scoring two or three goals; I know we will. We’ll go on a run – I know that – and it’s just a matter of time. The most important thing is that we keep moving the ball, stay patient and be more ruthless once we get into that final third.”