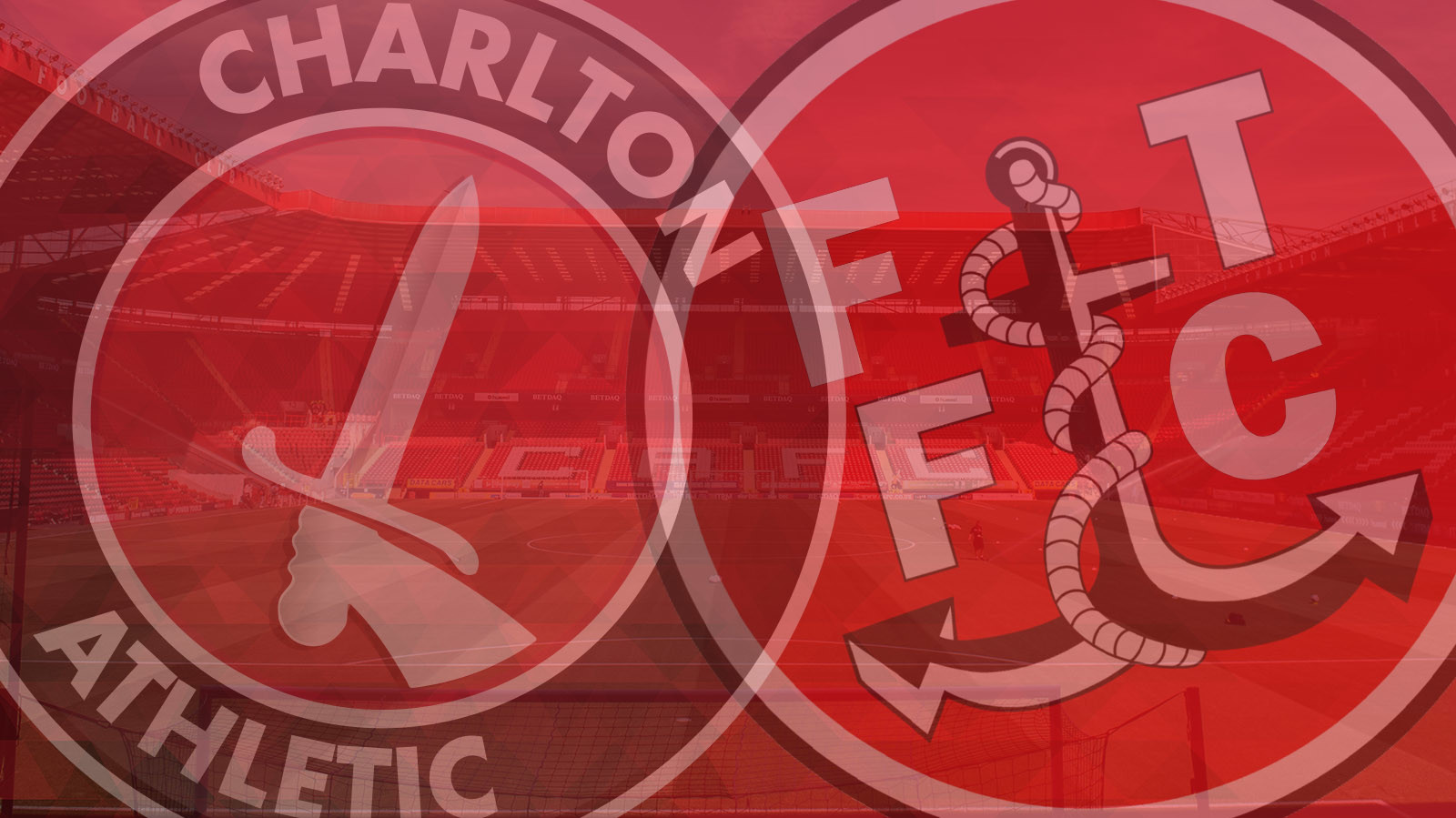 Charlton will be determined to record three points on Saturday afternoon when they host Fleetwood Town at The Valley (3pm).

The Addicks were denied a point by a controversial refereeing decision against Peterborough United in midweek and when they run out in SE7 at the weekend they will want to put a victory on the board.

In Fleetwood, they will face a team in form. Joey Barton’s Cod Army thrashed Scunthorpe United 5-0 in midweek, having been four goals in front after just 29 minutes.

Fleetwood sit sixth in the early-season table but a victory for the Addicks could see them leapfrog them and, hopefully, kick-start a good run of form.

Tickets for the match remain on sale and you can purchase yours online by clicking here.

Lee Bowyer could welcome Igor Vetokele back into the squad for Saturday’s game, with the striker having recovered from a foot injury. The match is likely to come too soon for Jason Pearce, Ben Reeves and Tariqe Fosu and the trio are all set to re-join full training next week.

Billy Clarke is targeting an October return and Jake Forster-Caskey will miss all of 2018/19 with his ACL knee injury.

For Fleetwood, Cian Bolger and Kyle Dempsey are both doubts after missing the midweek victory over Scunthorpe United.

Tickets for Saturday’s home game remain on sale and prices start at:

Charlton caretaker boss Lee Bowyer: “Each game we’re getting better and better in possession, so I’m not worried at all. Sooner or later something is going to have to drop for us in the opposing box. I know you make your own luck but there is going to come a stage where we end up thumping a team and then we’ll kick on.”

Fleetwood Manager Joey Barton: “Lee Bowyer is the manager and I’ve played against him a few times. If his side are anything like him, then we know we are in for a real tough encounter. We head there full of confidence, wanting to give a good account of ourselves.”

The Addicks and Fleetwood have met four times in the past and Charlton have yet to taste to defeat against the Cod Army.

Three of those matches have ended level, including both Valley encounters, while the other game ended in a 3-1 victory for the south-east Londoners.

For 2018/19's match previews, we will be dipping into the Valley Pass archive to look back on a previous encounter against Charlton's opponents. This time, we look back to last season and the Addicks’ trip to Fleetwood where Tariqe Fosu took centre stage...

Antony Coggins will take charge of Saturday’s match against Fleetwood.

So far this season, he has overseen three matches - two of which have come in League One - where he has brandished eight yellow cards.

He will be supported by linesmen Christopher Kidd and Stephen Brown and fourth official Anthony Da Costa.

Darren Pratley is the cover star and main feature of Saturday’s edition of Valley Review.

The experienced midfielder joined Charlton in the summer and, having enjoyed a good start to life in SE7, he opens up about being back closer to home and his first couple of months as an Addicks player. For more information about Saturday’s edition, please click here.

On Saturday, the Fans’ Bar will be showing the live matches between Wolverhampton Wanderers and Manchester City (early kick-off) and Liverpool and Brighton & Hove Albion (5.30pm kick-off).

Saturday's Family Activity Zone will be open between 1pm and 2pm, giving youngsters the chance to warm up for the game by playing FIFA, pool and table tennis.

On the East Street menu for Saturday are honey-roasted ham sour dough baps, served with mustard and rocket salad, while jumbo pork sausages with onions in French bread will also be on sale.

Chicken and mushroom pies and cheese and onion pasties will be on sale, as will barbeque chicken wings with a spicy mayo dip.