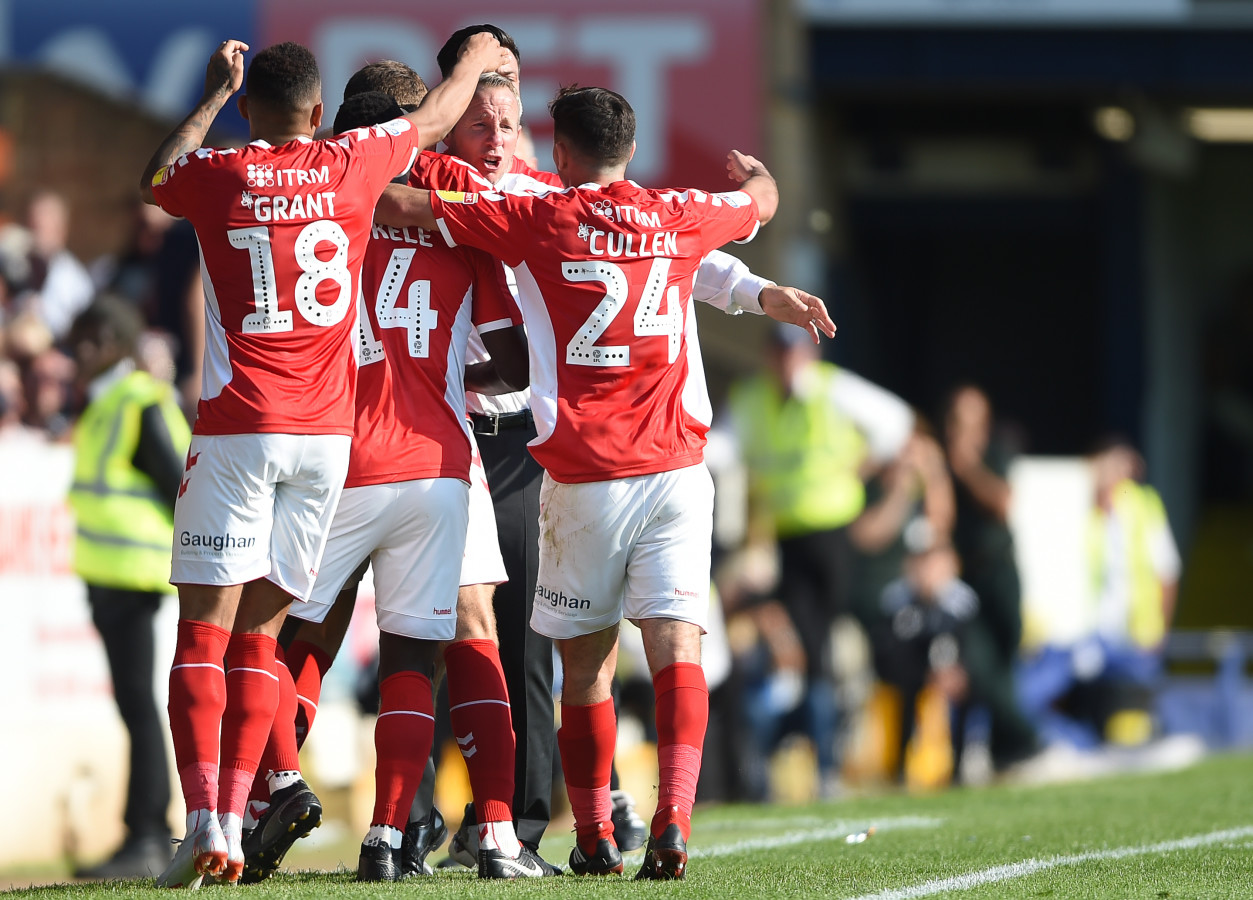 Krystian Bielik’s powerful headed goal in the 87th minute gave Charlton a hard fought but deserved 2-1 win away to Southend.

It wouldn’t be a Charlton game this season if there wasn’t late drama and the Arsenal loanee’s header wasn’t the end of it. A mini brawl in stoppage time resulted in Tariqe Fosu receiving his marching orders and two Southend players also seeing red.

Lyle Taylor had given the Addicks a 57th minute lead which was quickly cancelled out by Theo Robinson but after a strong first half performance and a very open second half, Addicks caretaker boss Bowyer will be pleased to be taking home three points.

Bowyer made three changes from the team that drew with Fleetwood Town last weekend as Josh Cullen made his debut, skipper Jason Pearce returned after a period out with injury and Nicky Ajose was given a role just behind the two strikers in a diamond formation. Naby Sarr, Mark Marshall and the injured Joe Aribo made way for the trio.

After an opening two minutes where the Addicks hardly touched the ball the away side took control of the game and had much of the first half.

As in recent weeks despite looking the better side Charlton were only really able to create half chances in the opening 30 minutes, with much of their luck coming from Lewis Page surges down the left. Indeed, the full back had a penalty shout in the 25th minute when he tumbled after breaking into the box but referee Brett Huxtable turned down the appeal as Bowyer fumed on the sidelines.

In the 31st minute the home side had the clearest cut chance to score to that point on a counter attack from a Charlton corner. The ball fell to Jason Demetriou on the edge of the box and his shot went narrowly past the post of Dillon Phillips.

The game opened up and the Addicks had two clear cut chances to take the lead before the break. A 34th minute cross from the right by Karlan Grant was right on the head of Patrick Bauer but his header was too close to Mark Oxley in the Southend goal who smothered the rebound.

Then in the 40th minute the Addicks had an even better chance when a Page cross from the left fell to an unmarked Ajose at the back post. His first touch set himself up for a left-footed volley which he wasn’t quite able to control and squirmed just wide.

Southend switched formation at half time to go match the Addicks diamond and immediately benefited having the better of the opening minutes of the second half.

Charlton’s goal maybe came against the run of play but after the first half performance it was deserved. Grant chased down a ball into the channel and robbed Michael Turner, his driven cross across goal from the touchline was tapped in from no more than three yards out by Taylor.

Southend went straight down the other end and equalised. Michael Kightly held the ball up well, fed left back Ben Coker on the overlap whose cross came to Theo Robinson at the back post for an equally easy finish to Taylor’s.

The game went back and fourth as both sides chased a goal as Bowyer and Shrimpers manager Chris Powell both brought on attacking players.

Charlton had a goal disallowed for offside when Grant neatly finished a lovely chipped pass from substitute George Lapslie.

As the game neared a close Pearce nearly put the Addicks up after Taylor knocked down a Charlton corner into his path. His volley was blocked behind and it was from the resulting corner that Bielik smashed a header past Oxley. Cullen’s driven cross was right on the money and the Arsenal loanee made no mistake smashing a powerful header home.

The drama didn’t stop there, as Charlton looked to slow the game down substitute Fosu was on the receiving end of a bad challenge right in the left corner. He reacted angrily and both he and Kightly were sent off. Oxley rushed in to what turned into a mini-brawl and received his marching orders too while Lapslie was booked for his part in the melee.

Deep into stoppage time referee Brett Huxtable blew the final whistle to give Charlton a hard-fought but deserved three points.