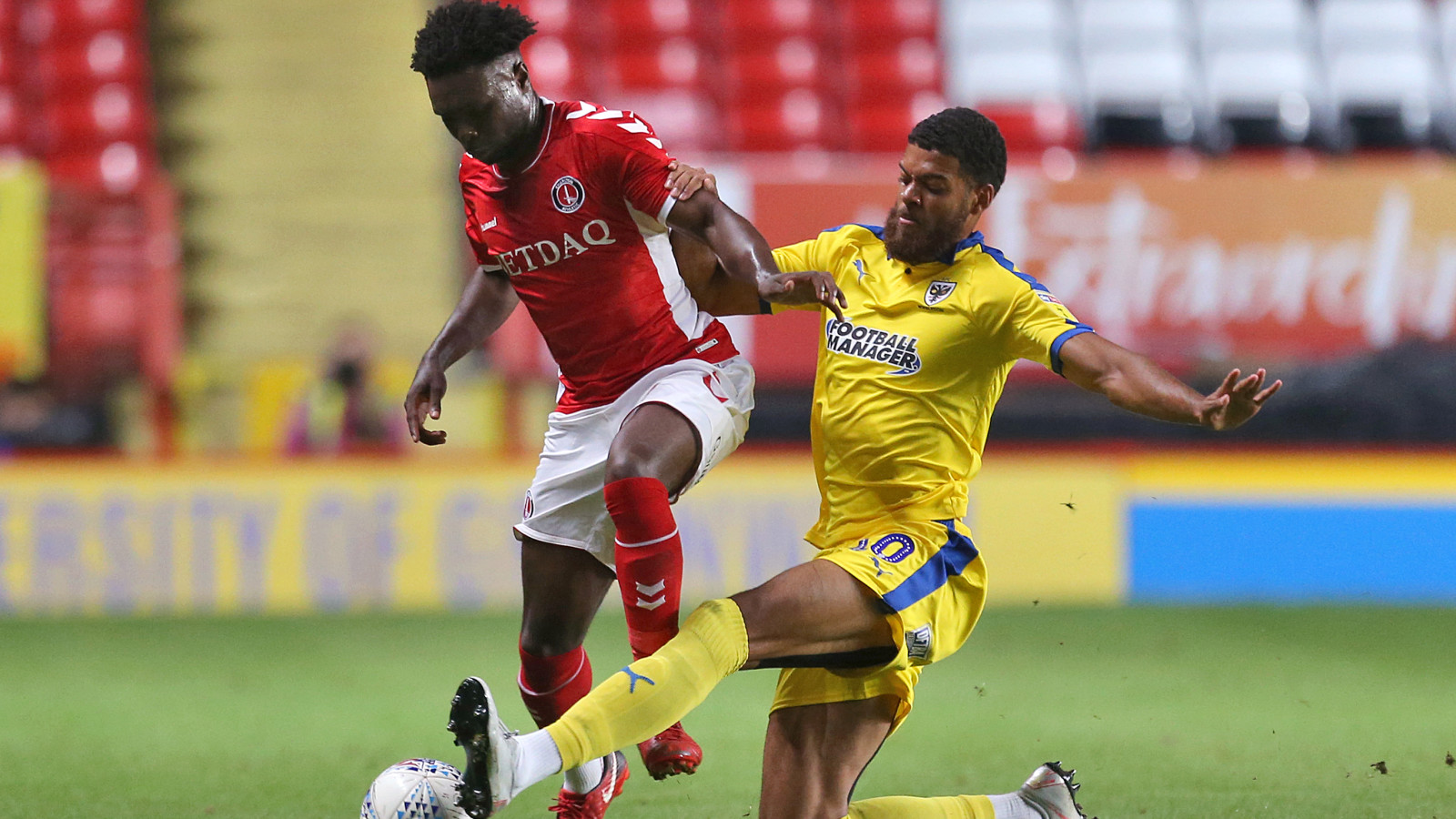 Goals from Naby Sarr and Jamie Mascoll earned Charlton a point in Checkatrade Trophy Southern Group G on Tuesday night as they contested a draw with AFC Wimbledon at The Valley.

The Addicks twice came from behind in SE7, with Mascoll’s strike being his first goal in senior football, but Lee Bowyer’s side were unable to record a bonus point as the Dons edged the penalty shootout 4-2.

Charlton’s focus will now return to Sky Bet League One on Saturday when they host Wycombe Wanderers at The Valley.

In terms of team news, Lee Bowyer made 11 changes from the side that started at Southend United on Saturday.

Jed Steer made his Addicks debut in goal and ahead of him was a back three which was made up of youngster Kenneth Yao, Anfernee Dijksteel and captain Sarr.

Charlton dominated possession in the early exchanges and their first chance arrived on 15 minutes when Marshall whipped in a low cross that just missed everyone in the middle.

Moments later, the Addicks could have taken the lead. Reeves sent in a right-footed cross and, after Vetokele had flicked it on, Lapslie headed at goal, forcing Dons stopper Joe McDonnell into a point-blank save.

Marshall thumped a 20-yard strike off target with 25 minutes gone, having been laid off by Vetokele, but it was Wimbledon who then grabbed the lead.

A Dons corner was headed out to the edge of the box, Anthony Hartigan then shot at goal and his strike deflected off of both Yao and Maloney before dropping into the net.

The Addicks almost grabbed an instant reply when Vetokele stung the palms of McDonnell with a low drive, and Wimbledon then went close to doubling their advantage when ex-Charlton man Terell Thomas fired over from 10 yards.

Charlton levelled three minutes before the break. Morgan curled in a free-kick from the left and skipper Sarr volleyed home to ensure that the two sides headed in level at the break.

Wimbledon regained their lead three minutes after half-time, and in some style. Another former Addick, Tom Soares, picked up possession 30 yards from goal and drove forward before arrowing a brilliant strike into the top corner.

Morgan saw a shot blocked inside the box, as Charlton looked to equalise on 58 minutes, and a minute later Vetokele headed wide from an inswinging Marshall cross.

Vetokele shot off target and Hackett-Fairchild then had a strike blocked, as the Addicks continued to probe for a leveller and, on 70 minutes, Morgan sent an ambitious volley goalwards, following a poor clearance from McDonnell, but it was well blocked.

A nice one-two between Maloney and Yao ended with the latter shooting into the side netting from a tight angle, and seven minutes from time the hosts did force an equaliser.

Substitute Nicky Ajose broke down the left and cut the ball back to Mascoll, who set himself before curling a brilliant strike into the net for his first goal in senior football.

It was a superb strike and the Addicks almost edged in front a couple of minutes later. Ajose chopped inside from the left flank and sent a strike agonizingly wide.

Charlton could not find a winner, though, and the group match headed for spot-kicks. Ajose was up first and his penalty was saved, before Kwesi Appiah netted for the Dons.

Morgan got the Addicks off the mark with a thumping spot-kick but Hartigan made it two from two for Wimbledon.

McDonnell saved from Lapslie by diving to his right and Mitchell Pinnock kept the Dons’s perfect penalty record in tact by sending Steer the wrong way.

Hackett-Fairchild kept Charlton in it by finding the bottom corner from 12 yards but Wimbledon ensured that they would take home a bonus point when James Hanson converted their fourth spot-kick.