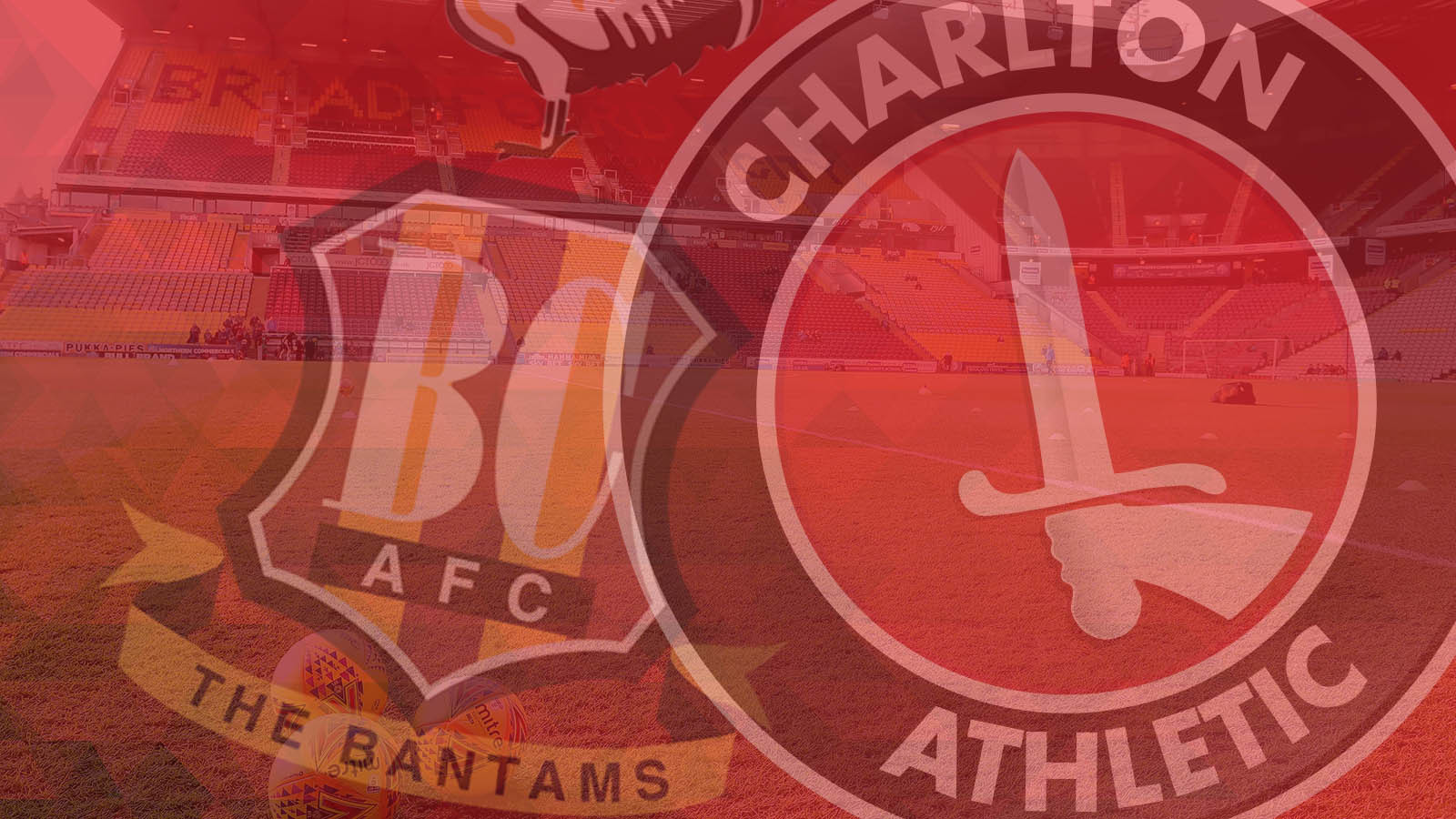 Charlton will be eyeing a place in Sky Bet League One’s play-off places when they head to Bradford City on Saturday afternoon (3pm).

Having recorded victories in their last two league games, another three-point haul could propel Lee Bowyer’s side into the top six for the first time this season.

In Bradford, they will come up against a side who have endured mixed fortunes in 2018/19 so far. The Bantams have won two of their opening seven games, losing the other five, and they have also experienced a managerial change.

David Hopkin – a former Leeds United teammate of Lee Bowyer – is now at the helm and, last weekend, his spell in charge started with a dramatic defeat at Blackpool.

Bradford led 2-0 with just six minutes remaining, only for the Tangerines to hit three late goals and snatch the points, meaning that Hopkins team will be just as determined to put some points on the board.

For Bradford, Josh Wright and Kelvin Mellor are both out with hamstring injuries. Adam Chicksen is out with a possible hairline leg fracture, while Hope Akpan and Sean Scannell with miss the game with shoulder and groin problems respectively.

Over 300 Addicks had purchased tickets for Saturday’s game before they went off sale from The Valley.

Bradford will be selling to Charlton fans on the day. For full information on matchday sales, please click here.

Charlton midfielder Josh Cullen: “I’m looking forward to going back [to Bradford] but I’ll treat it as any other game. It doesn’t matter who we are playing against but it will be nice to go back and see a few familiar faces. Hopefully after the game we will be coming back down to London with three points and it will be a good day for all of our traveling fans.”

Bradford boss David Hopkin: “I have not seen Lee [Bowyer] for 18 years so I don’t know if he has a few more grey hairs [from being a manager. [When at Leeds together] Lee was very quiet but he was a winner and he probably brings some of those qualities he had as a player [to management].”

Saturday’s game will be the 27th meeting between Charlton and Bradford City. The Bantams have won on 11 occasions in the past with the Addicks winning eight times, while there have also been seven draws.

Last season, a single goal from Jake Forster-Caskey earned the Addicks a 1-0 win in Yorkshire. Extended highlights from that match are available to watch on Valley Pass.

Jeremy Simpson will be the man in the middle for Saturday’s game at Bradford.

So far this season he has officiated seven games – five of which have come in the Sky Bet Championship – where he has brandished 23 yellow cards and one red.

Simpson last refereed Charlton in May, for the second leg of the Addicks’ play-off semi-final.

He will be supported by linesmen Shaun Hudson and Adam Matthews and fourth official Glen Hart.