Bowyer praises Karlan Grant and his partnership with Lyle Taylor 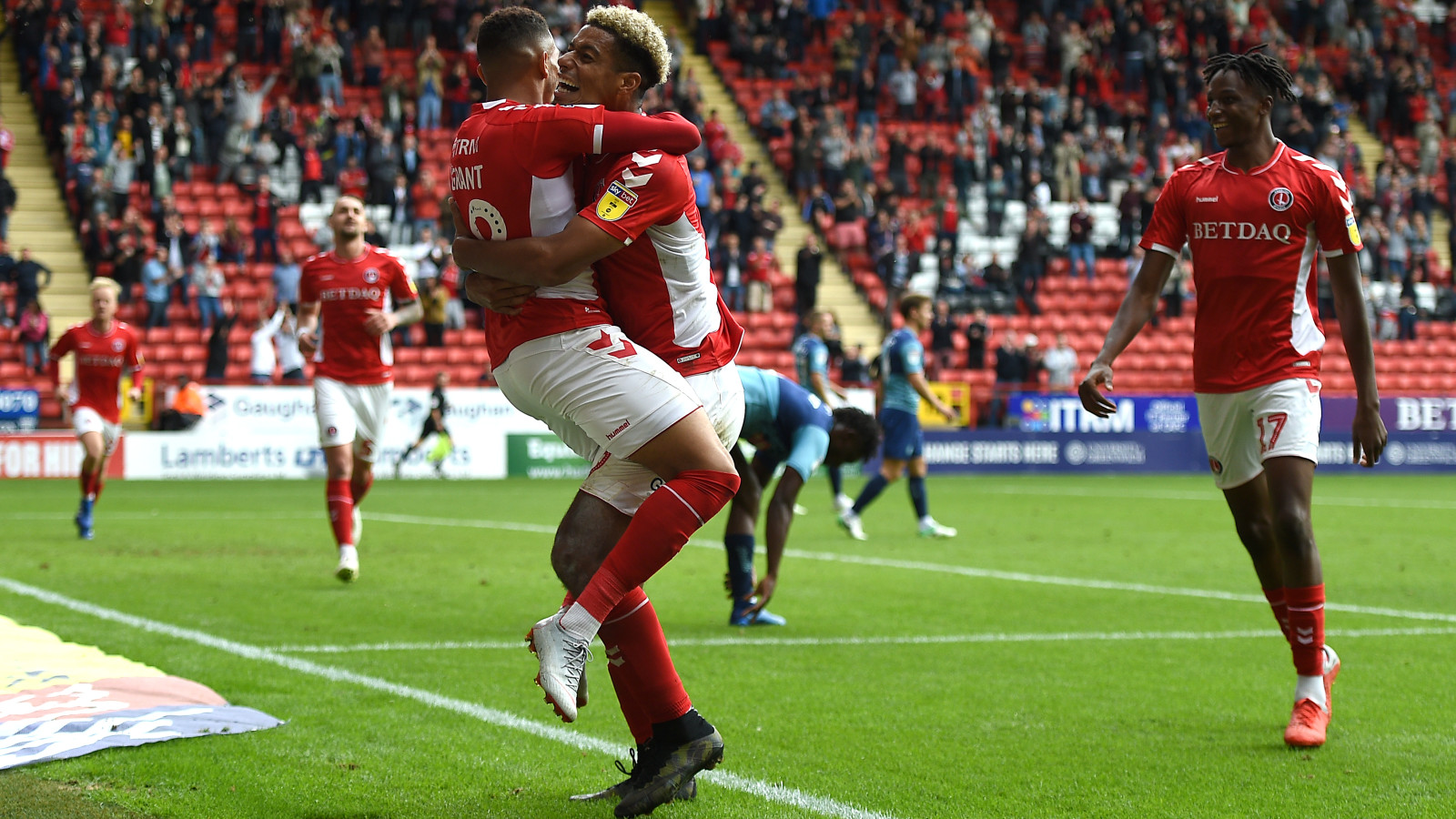 The pair have netted eight goals between them this season and Bowyer feels their partnership has improved since a frustrating 1-1 draw with Accrington Stanley in August where the duo maybe weren’t quite on the same wavelength.

He said: “They’re both doing well. I think Lyle has got five now and Karlan three. The good thing for me is that they’ve learnt since the Accrington game, they are looking for each other and they are working in more of a partnership and we’ve got Igor (Vetokele) on the bench as well now. He got valuable minutes the other night for the U23s so there is competition and when there is competition everybody produces and does better because they have to so they stay in the side. They both realise that and they’re doing well so I’m happy with the way things are going with them at the moment.”

He explained that he has been using training sessions to help the duo improve their partnership. “All you can do is try and get them to realise what each other’s strengths are. The only way you can do that is to keep putting them in the same team (in training), like in small-sided games and things like that. (For example) If you are playing in games and Karlan is shooting, you know as the other striker he is going to shoot across the goal. Small little details but then you know you might have the chance of a tap-in from the keeper’s rebound. Small little things but they make big differences. More so Karlan, he’s realising and he’s learning to make the right decisions in and around that final third. Like you’ve seen, he’s set-up Lyle a couple of times and Lyle has got goals and he gets rewarded from that himself with a good goal at Bradford.”

Bowyer has talked about the importance of Grant’s loan spell at Crawley Town with his old Leeds teammate Harry Kewell and it was a point he re-iterated this morning. He said: “I think it was good for him to go to Crawley. My friend Harry Kewell was there, I knew that he would make a positive impact on him, so that was a big part why he went there. To go there, grow in confidence and build his confidence back up because obviously he was here, he wasn’t really featuring. He scored a few goals but then he wasn’t really in the frame. But now it’s all changed, he’s come back pre-season looking good and he deserves to be playing.

“The most important thing for Karlan is to keep learning because he’s not really played up top for a long time. Obviously kids football is completely different, to be playing up there week in, week out is demanding because you have to work hard out of possession as well. He’ll keep improving and he’ll keep scoring goals, I have no doubt.

“He’s making the right runs, he’s making the right decisions. So he is improving and because he’s improving we’re improving. It’s not just him, it’s the whole team, that’s from back to front, they’re all learning. We’ve got quite a young side. We’re in a good place and his movement up top alongside Lyle is an important factor for us.”

Get your ticket for Saturday's home game against Plymouth here.