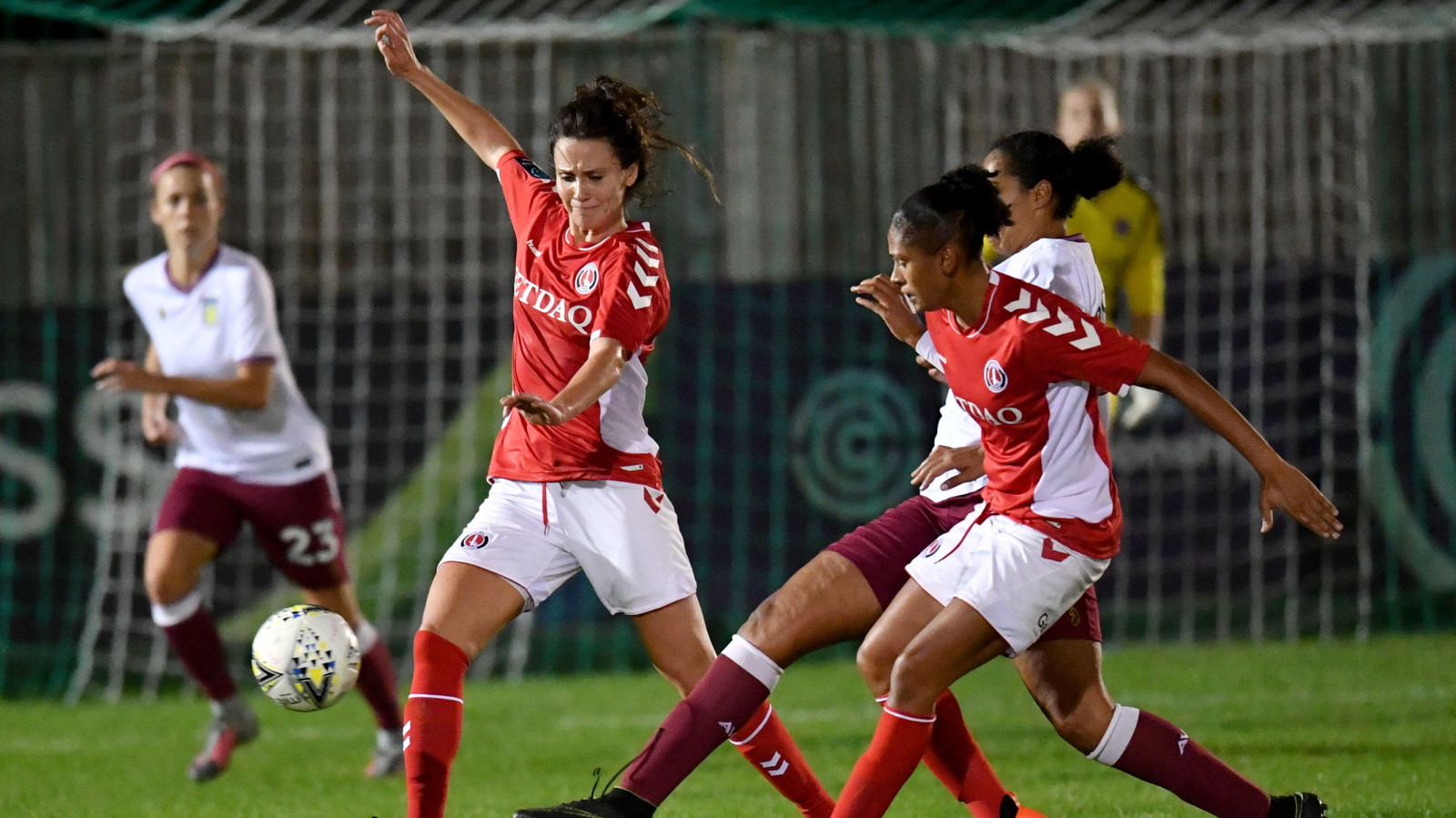 The Charlton women’s team started life in the FA Women’s Championship with a 2-0 win over Aston Villa at The Oakwood, with Gemma Bryan netting a brace.

The Addicks started the game on the front foot, with Bryan having a goal disallowed for offside just eight minutes in.

Charlton put together some lovely passing moves in the opening stages and they were rewarded in the 12th minute when Kit Graham beat her marker and squared a ball into Bryan, who slotted home to make it 1-0.

It was Charlton who remained the dominant side, though, as a long free-kick from Coombs found Bryan whose volley flew inches over the crossbar on the 15-minute mark.

Charlton’s forwards linked well together just minutes later, as a lovely ball from Graham found Bryan who attempted to lay it off to Ejupi only to see it brilliantly intercepted by a Villa defender.

Startup made an outstanding save five minutes later. Villa midfielder Gane sent in a cross to Hanssen who struck the ball at goal, only for the hosts’ keeper to tip the ball around the post for a corner.

Two minutes later, the Addicks had another goal disallowed. Graham’s perfect through ball into the feet of Bryan allowed the striker to slot the ball into the back of the net, only to be ruled offside again.

Charlton made it 2-0 on the half-hour mark, a poor back pass to the Villa goalkeeper was intercepted by Graham who rounded Sian Rogers and unselfishly squared the ball into Bryan who slotted home for her second of the game.

Villa continued to push for a goal, with Hutton again at the centre of their attack. Her 25-yard effort flew whiskers over Startup’s goal. Hanssen then dispossessed Churchill and fired wide.

After the break, a first time volley from Graham was well blocked by Villa defender Jade Richards, Bryan’s follow up shot is then saved by Rogers.

Three minutes later Graham’s thunderous effort rattled the crossbar, after a lovely ball over the top from Bryan.

Charlton began to dominate as the game stretched on and were unlucky not to get a third. Stobbs stormed down the right wing and squared the ball to Ejupi who flicked on for Agg whose shot fired wide of the post.

Kit Graham was named as Player Of the Match by match day sponsors Charlton Live after an outstanding performance which saw her get two assists and hit the crossbar.

Riteesh Mishra’s side face Durham away in their second Championship fixture on Sunday.