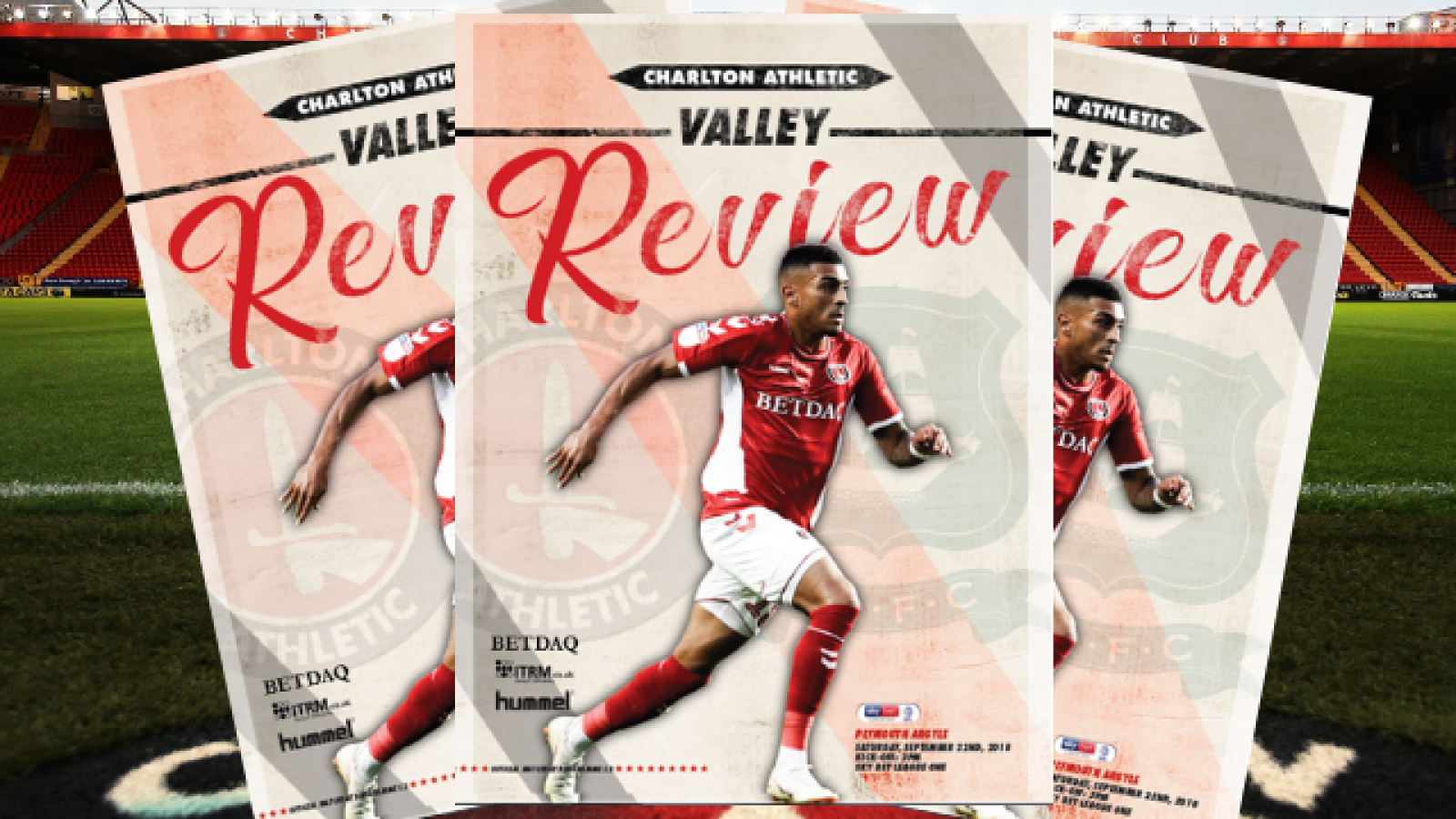 The striker turned 21 earlier this week and, in his six-page feature interview, he discusses his new lease of life since returning from his successful loan at Crawley Town last season and maturing both as a player and as a person, as well as his pride at emerging through the academy system at The Valley.

Grant also reveals the reasons behind his official name change, having dropped ‘Ahearne’ from his surname ahead of the new season.

Elsewhere in the 64-page programme, Garry Nelson, who represented both the Addicks and Plymouth during his career, is the next former player to pick his all-time teammates XI from his time in SE7, while Museum Trustee Paul Baker rounds off his look at some of the mistruths about the club’s early years as he explores our first ever fixtures in 1905.

Past Encounters looks back at four memorable matches against the Pilgrims, while Josh Cullen reflects on last weekend’s win at Bradford City and Lee Bowyer pens his latest notes as he looks to secure a fourth win on the bounce.