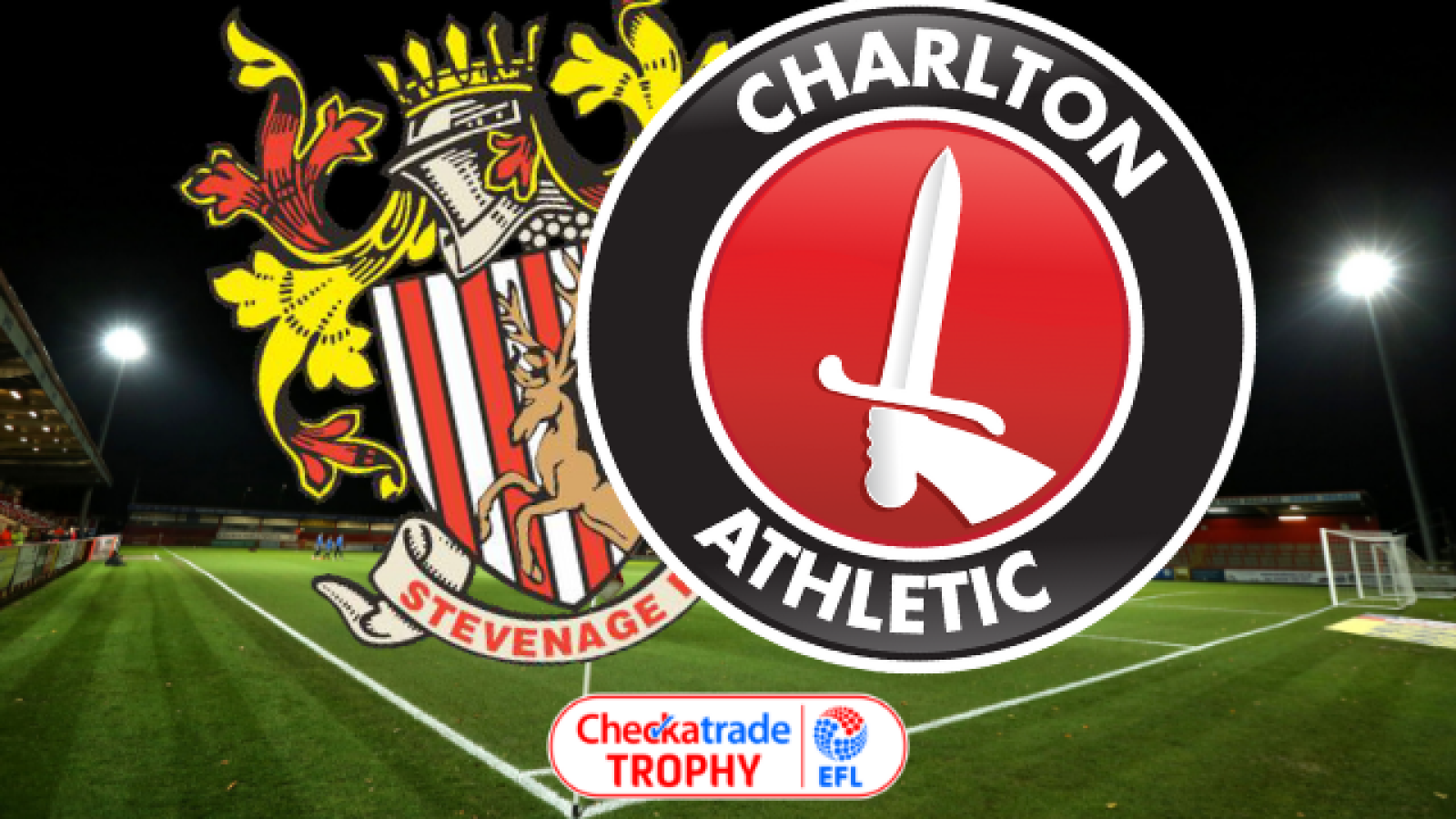 The Addicks' Checkatrade Trophy campaign continues with a trip to Stevenage on Tuesday evening for their second Southern Group G game.

Charlton's first clash in the competition this term ended in a 2-2 draw with AFC Wimbledon at The Valley in September, with the Dons earning the extra point via a 4-2 penalty shootout victory.

Stevenage, meanwhile, put on an impressive showing against Swansea City's U21s with a 5-0 victory at the Lamex Stadium.

The cup tie will afford Lee Bowyer the opportunity to shuffle his pack and give some vital minutes to players who have been waiting for their opportunity in the first-team picture, as well as those who are making a return from injury such as Jamie Ward, who the Addicks' boss confirmed would appear.

Bowyer has also confirmed that Nicky Ajose, Igor Vetokele and Mark Marshall will all feature at the Lamex Stadium.

Over 100 Addicks had purchased tickets for Tuesday’s game before they went off sale from The Valley.

Stevenage will be selling to Charlton fans on the night priced:

Charlton and Stevenage have only ever met on two previous occasions competitively, with both encounters coming during the memorable 2011/12 League One title-winning campaign.

Stevenage dished out a rare defeat to Chris Powell's side that season with former Addicks academy product Stacy Long scoring the only goal in a 1-0 win for the hosts in October, 2011, before Michael Morrison and Bradley Wright-Phillips both netted in a 2-0 victory in the return fixture at The Valley in February, 2012.

Lee Swabey will be the man in the middle on Tuesday evening.

He has taken charge of nine games so far this term, dishing out 31 yellow cards and one red.

Swabey refereed the Addicks on two occasions last season - first, in the 3-2 Checkatrade Trophy victory at Swansea City last December, and then for the 1-0 success over Oldham Athletic in January.