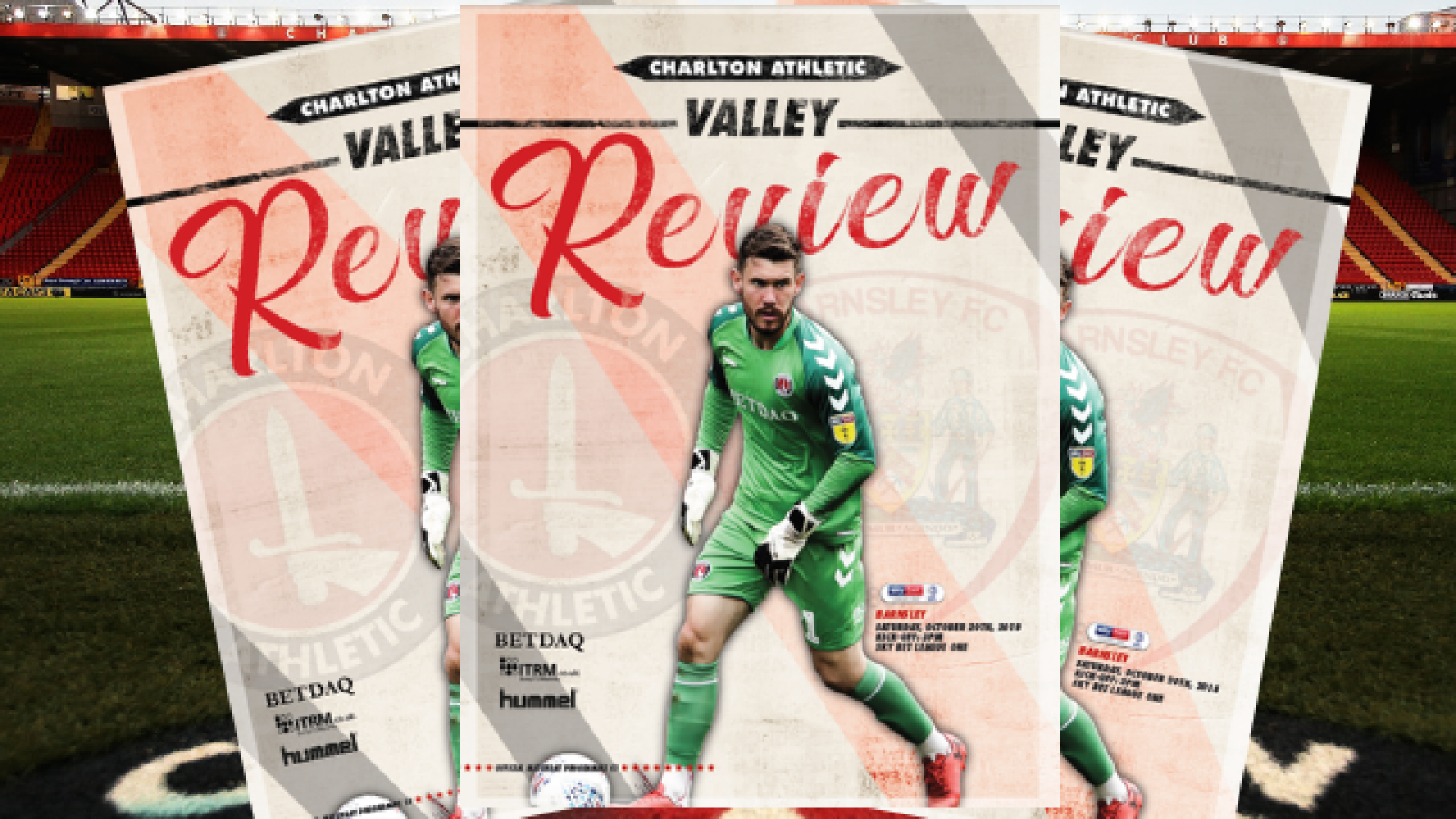 The official matchday programme will be in safe hands on Saturday as Jed Steer stars as the main feature for the visit of Barnsley.

In his six-page interview, the goalkeeper on loan from Aston Villa discusses the season so far, the friendly competition for a place between the sticks between his fellow goalkeepers and why German custodian Manuel Neuer has proven to be a big inspiration to him.

Elsewhere, Valley Review looks back at the record-breaking 8-0 victory over Stevenage as we hear from hat-trick hero debutant and we rake over the coals of the records broken on that remarkable evening.

As always, Lee Bowyer pens his manager’s notes as he reflects on the international break and looks ahead to the challenge of two home games in three days, while Jason Euell is the next club legend to reveal his all-time Charlton teammates XI.

The history pages see the story of some donated programmes from the 1922/23 season continue along with a closer look of the brilliant giant-killing run in the FA Cup the Addicks embarked on that year, while Past Encounters looks back on four memorable meetings with the Tykes, including the club’s away league record away victory at Oakwell in 2013.

All the latest academy and women’s team action is rounded up, as usual, along with everything you need to know about Saturday’s visitors to SE7.