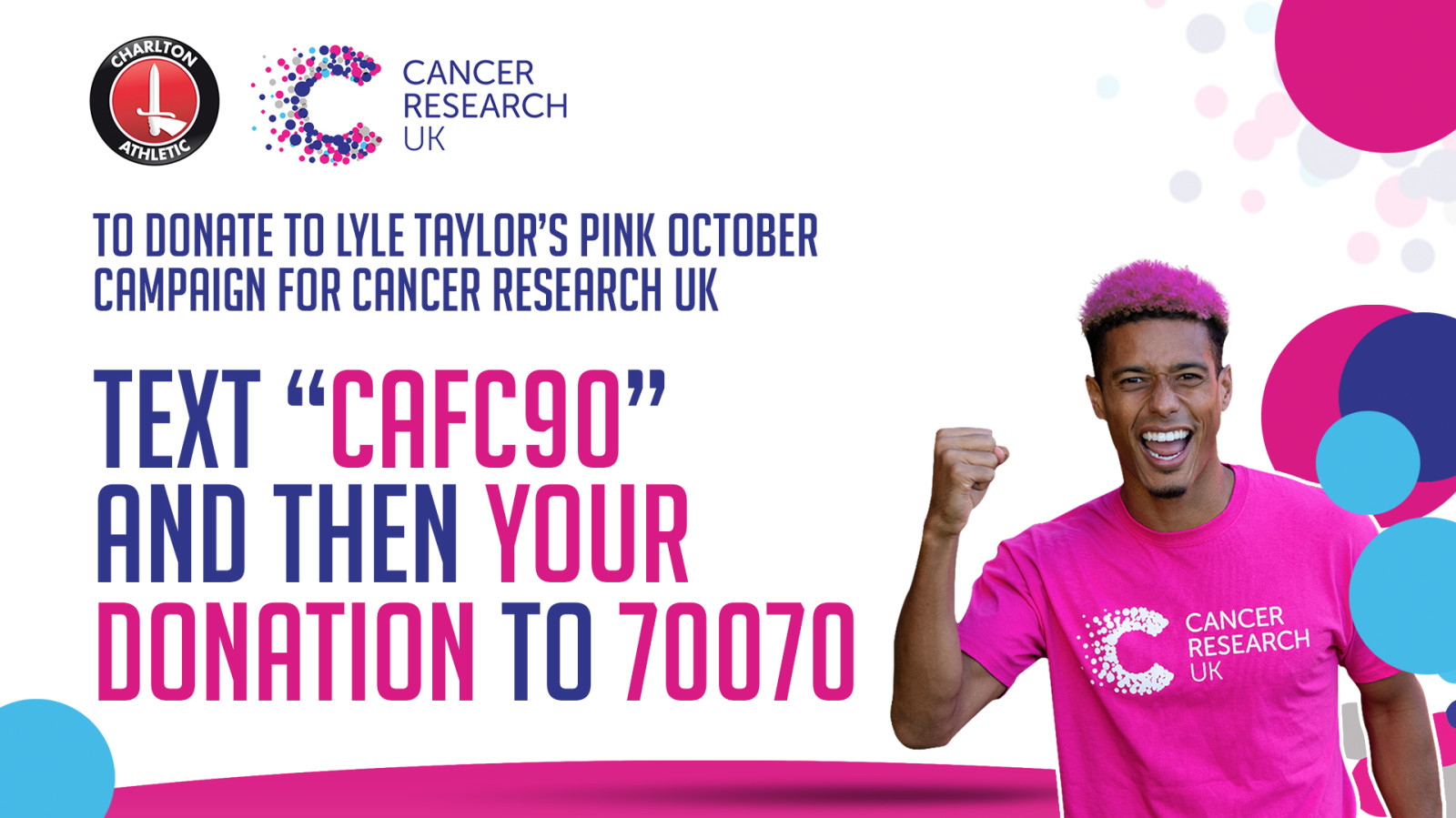 Fans looking to support Lyle Taylor’s Pink October campaign for Cancer Research UK can now do so via text.

For October, Breast Cancer Awarness Month, Taylor has dyed his hair pink and it playing in pink boots. Taylor has already raised more than £4,400 for the cause through his giving page, with further promised donations still to come.

However, now it is even easier to support the Addicks striker campaign. To donate simply text “CAFC90” and then your donation to 70070. The donations will be added up and will be added to Taylor’s page at the end of the month.

Tomorrow’s game against Oxford sees The Valley go pink to support the campaign and Addicks fans’ are being encouraged to wear pink as part of the day. The Charlton matchday programme will be going pink, with 50p of every programme sold donated to the campaign and pink beanies remain on sale in the club shop for £5 with £1 from each sale being donated. They’ll be plenty of volunteers collecting funds for the campaign, including six-year-old Harry and his football team who, inspired by Lyle, have already raised more than £1,100 after having their hair sprayed pink.

Tickets for tomorrow's match against Oxford United are available to purchase here.