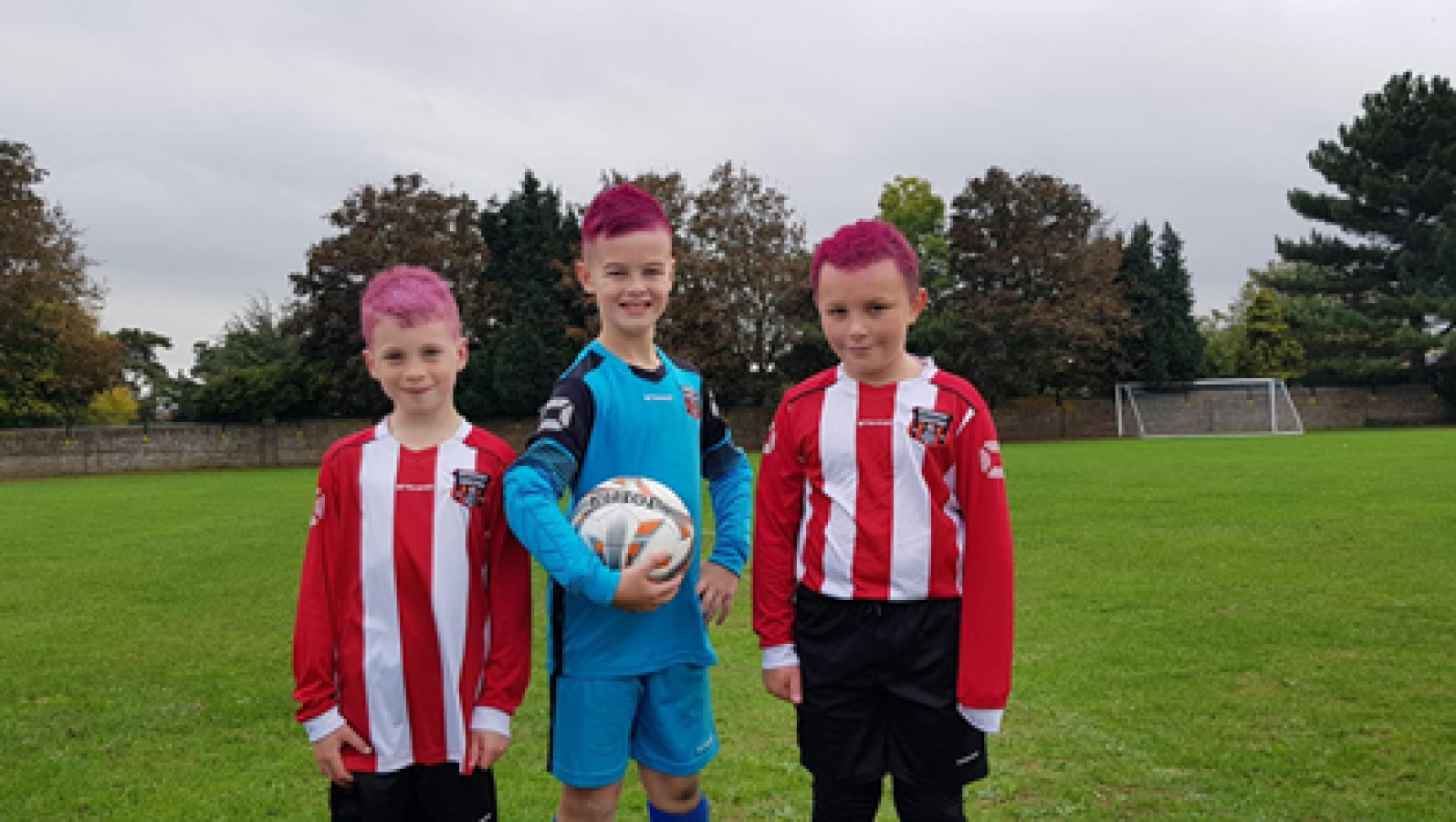 Throughout October, Lyle has been wearing pink boots and sporting a stylish pink haircut in an attempt to raise money and awareness for the charity.

Having been affected by cancer personally, Lyle is using his position as a professional footballer to make a difference and at the start of the month explained that he wants to do everything in his power to give back.

“We are in a very fortunate position in that we are looked up to and idolised, so it’s about me being able to give something back.” he said.

Playing in the Medway Messenger Youth League, the young Charlton fans have admitted that their opponents were in for a shock when they face the pink trio.

Lewis, a season ticket holder in the Covered End, explained the reason behind the new hairstyles “He (Lyle) was dyeing his hair pink and wearing pink boots for people to sponsor him.

“We wanted to help Lyle so we decided to dye our hair pink. We’re excited. People will be shocked, not many players our age dye their hair.”

Impressively, the young Addicks have raised over £500, which will be donated directly to Lyle’s fund.

The charity is one close to the heart of the U10s manager, Marc Kentsley.

He said: “In some ways, I’m sure we all have been affected by cancer at a point in our lives. My aunt passed away many years ago from breast cancer and my stepfather is also currently having treatment and fighting a good fight with the disease.”

The coach believes the boys understand the importance of what they are doing: “Trying to help others is a vital thing, it’s part of who they are as kids and who they will be as adults. The value of everyone helping each other is what we try and promote as a team.

Lyle Taylor has received much praise for his campaign and the youngsters had a message for the striker.

“Lyle, I would like to say that you’ve got us into this. We hope to see you soon.”

That wish may come sooner than expected as the Strood United youngsters and Charlton season ticket holders will be mascots at tonight’s game as The Valley turns pink as part of Taylor's campaign.

Pink beanies remain on sale in the club shop for £5 with £1 from each sale being donated to Cancer Research UK.

Tickets for tonight's match against Oxford United are available to purchase here.