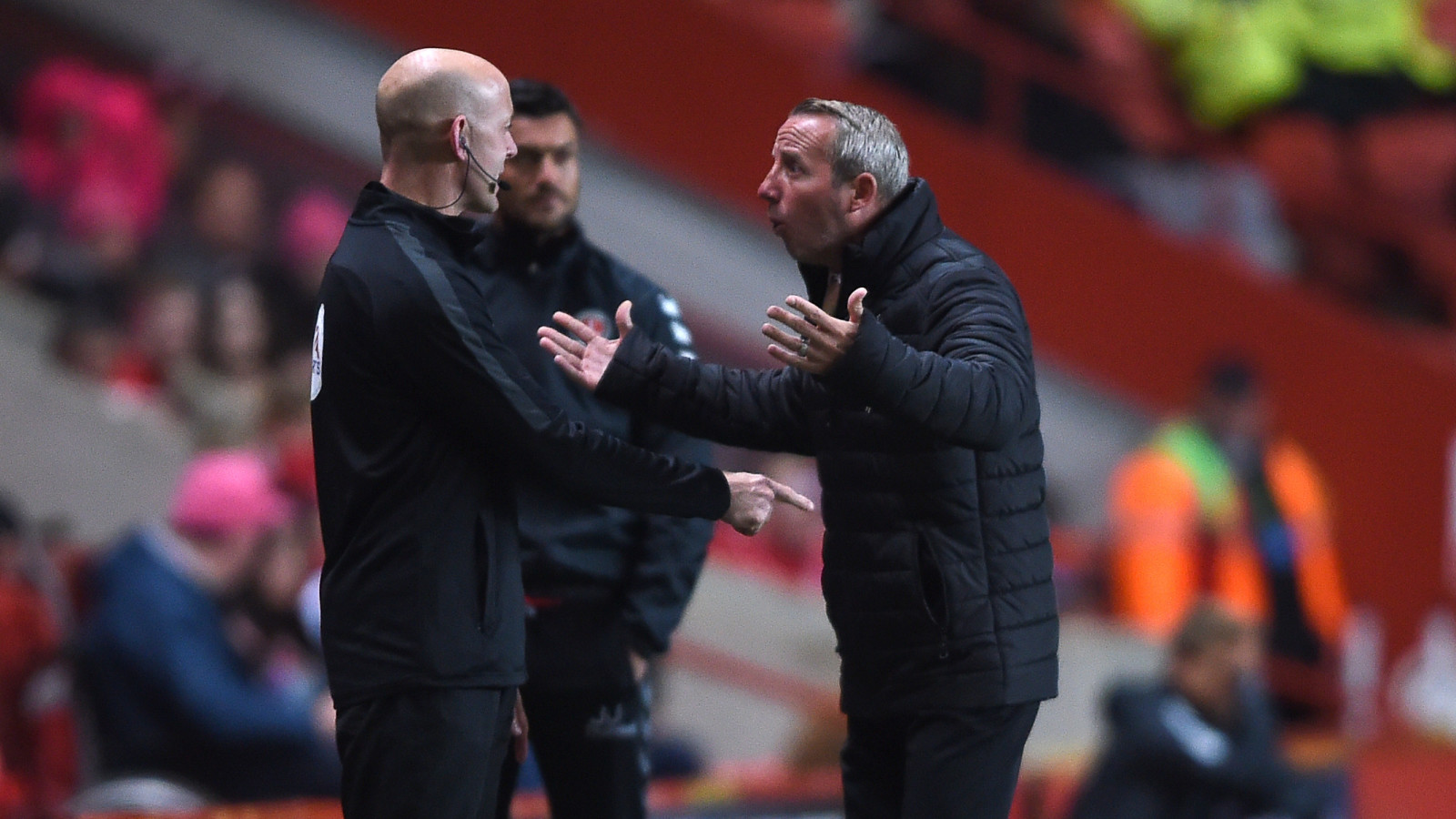 Lee Bowyer was left frustrated by Tuesday’s draw against Oxford United at The Valley and felt that it was a case of ‘two points dropped’.

The Addicks enjoyed a bright first half and took a one-goal lead into the break courtesy of Lyle Taylor’s spot-kick, but were made to rue missed opportunities as Karl Robinson’s visiting side took advantage to equalise through substitute Gavin Whyte with 19 minutes left on the clock.

And speaking following the 1-1 draw, Bowyer admitted that his side simply were not at their best.

“It was a very frustrating evening for a number of reasons,” he said.

“We didn’t really play today. I thought we started off alright, but then they stopped us well. Their game plan seemed to be working and they just came to disrupt things with the way they set up. They kept buying fouls, slowing everything down and, even when they were losing, they weren’t even trying to hurry things up – maybe they thought they would score at some time, but fair play to them. “They got a point, but we didn’t do the right things.”

“We gave the ball away and made the wrong decisions, but we’re going to have to get used to that because that’s what teams are going to do. They’re going to come and try and make things difficult for us, but you have to keep going.

“It’s two points dropped, for me. You can’t dropping points like that at home. But it’s football and we’ve got another game on Saturday, so we have to make sure we’re ready for that and go again.”

The lead-up to Oxford’s equaliser came about in controversial fashion, with Josh Cullen having suffered a head injury in the centre of the park and the referee opting to let play continue despite the fact, resulting in Whyte’s eventual goal.

And Bowyer was keen to point out his frustration towards the officials.

“To be fair, I don’t think their goal should have stood,” he explained.

“There was a head injury to Josh Cullen on the floor and the fourth official was shouting and telling the ref that it was a head injury, but they’ve gone and put one on the top corner. On Saturday, we had the same situation against one of their players when we were in a similar situation and the referee stopped play.

“I told that to the ref after the game. He heard the shout that it was a head injury and they’ve gone and scored. We’ve had it done to us loads of times where our attack has been stopped, but for some reason, he didn’t want to stop it and they scored from it. We can’t control that.”

Meanwhile, the Charlton boss confirmed that he expects to see Krystian Bielik return to the starting XI at Rochdale on Saturday, despite Darren Pratley’s impressive turn at the heart of the back four.

“Krystian will be back,” said Bowyer. “We just had to be careful with him tonight. When he first came, he played Saturday/Tuesday/Saturday and he pulled his calf. He’s only just come back so we had to be sensible, as much as I wanted to play him.