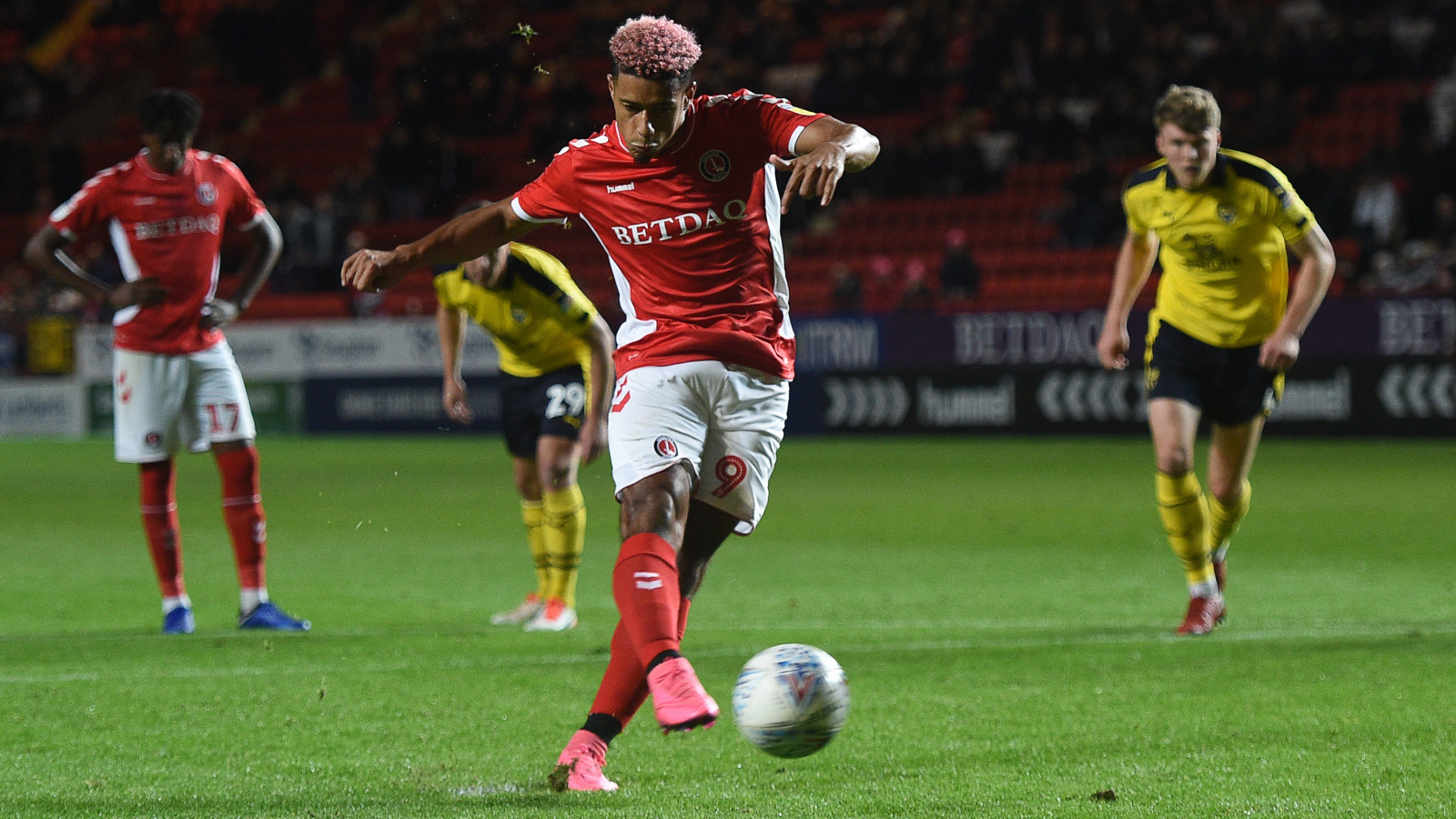 Charlton and Oxford United battled it out for a point as Gavin Whyte’s smashed equaliser cancelled out Lyle Taylor’s penalty on Karl Robinson’s return to The Valley.

The Addicks had plenty of chances in an open first half but the visitors dug in and produced a better showing in the second half to earn a point.

The match was Robinson’s first at The Valley since leaving in March and also saw former Addicks Player of the Year Ricky Holmes return for the first time.

Bowyer made two like-for-like changes from the side that beat Barnsley at the weekend, with Darren Pratley coming in for Krystian Bielik at centre half and Tariqe Fosu replacing Jamie Ward at the top of the Addicks’ diamond midfield.

It was a scrappy opening with the out of form visitors looking to break things up and makes things difficult for the hosts.

An early break from Anfernee Dijksteel and a Taylor effort from a very tight angle aside neither team really caused any problems in the opening 20 minutes.

That all changed in the 24th minute when two bits of play allowed Charlton to take the lead. The first an intelligent switch of play from Taylor forcing Oxford’s left back Josh Ruffels to turn as Ben Reeves ran on to the ball. The midfielder collected near the byline but rather than switching back onto his preferred left foot, as his defender expected, he drove into the box and did enough to draw a challenge from goalkeeper Simon Eastwood, stealing the ball away just before his gloves could get there. Referee Dean Whitestone pointed to the spot adjudging Eastwood to have brought down the Addicks midfielder. Taylor made no mistake with the penalty smashing down the middle as the Us goalkeeper dived to his right.

The goal spurred Charlton on as the game opened up. Taylor’s fizzed ball minutes later was just behind his strike partner Karlan Grant and Fosu drove an effort at goal in the 29th minute which was easily gathered up by Eastwood.

Charlton’s best chance of the first half to double their lead in fell to Joe Aribo after Grant found him in space with a low cross. The midfielder mis-hit his shot when he probably should have hit the target.

As the half closed the scrappiness returned and Oxford took advantage with their best chance of the half as Cameron Brannagan had his driven shot blocked by the energetic Reeves.

Oxford started the second half with a bounce and controlled much of possession but aside from a driven Marcus Browne effort they were unable to create much.

At the other end Taylor was causing centre-back Rob Dickie no end of problems. Taylor was fouled once and the defender received a booking, he was fouled again and a warning came and Robinson wisely subbed him off before the inevitable red card.

Dijksteel, impressive throughout, did brilliantly to shrug off his defender and thread in Grant. The striker’s touch was a little heavy and his left-footed effort was comfortable for Eastwood.

Oxford went down the other end on a counter attack and substitute Whyte smashed a strike from just inside the Addicks penalty area into the top corner of the Charlton net. The Charlton players were unhappy the game hadn’t been stopped as Josh Cullen lay on the pitch with what looked like a head injury as the visitors broke.

Ben Reeves nearly snatched back the lead immediately, his fizzed left-footed effort from outside the area went just over the crossbar of the grateful Eastwood.

The Us continued to frustrate and Addicks and indeed had chances of their own to win that game and probably deserved a point.

Booked: Fosu (51, kicking the ball away)