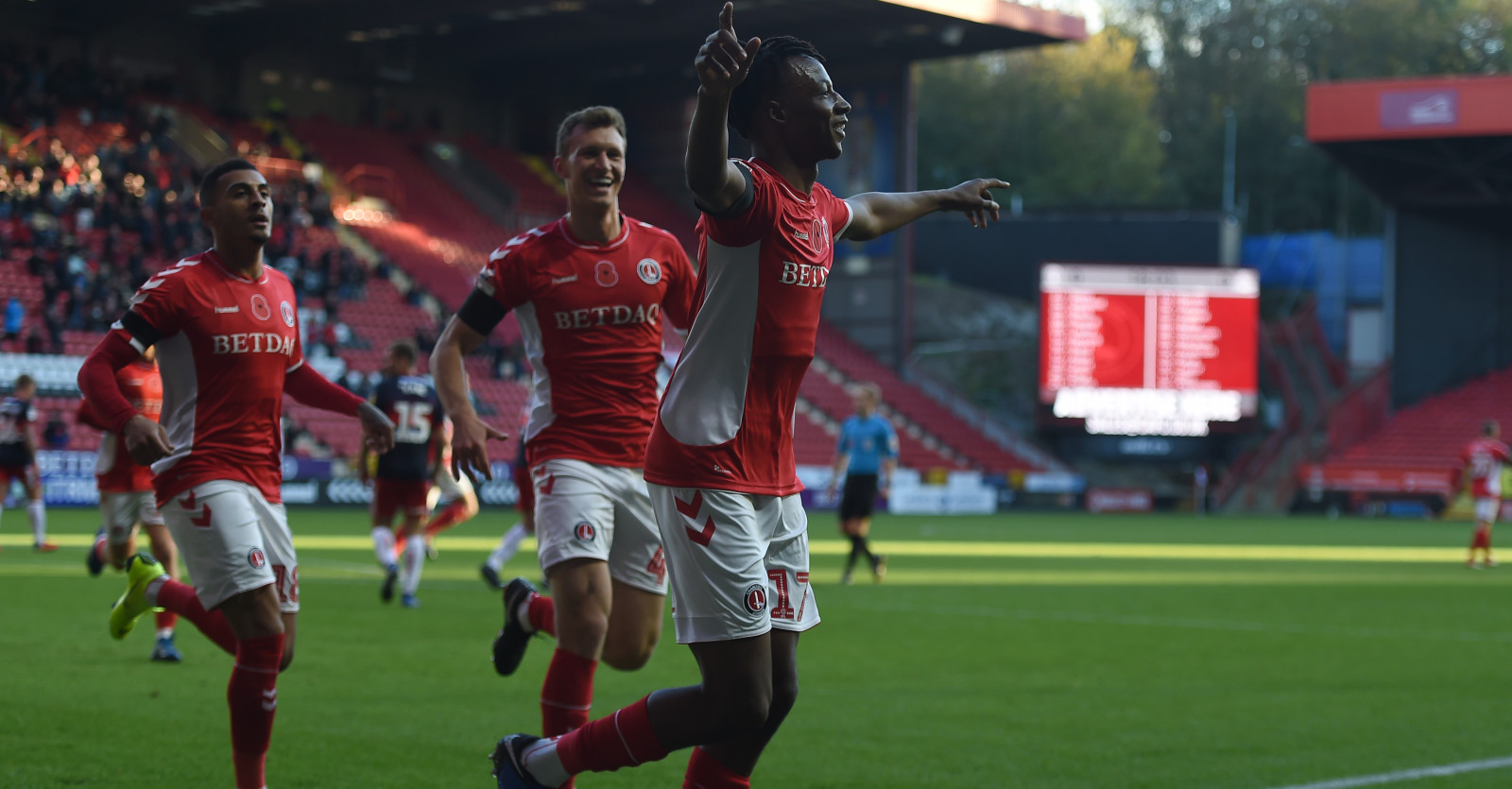 Charlton returned to winning ways with first half goals from Joe Aribo and Karlan Grant as they dispatched Doncaster Rovers 2-0 at The Valley.

Addicks manager Lee Bowyer named the same line-up that beat Barnsley at The Valley a fortnight ago. He described that performance as the best since he took charge of the club, with the Addicks winning by the same scoreline, and while today’s showing wasn’t as impressive, after taking the lead in the 19th minute Charlton rarely looked like surrendering it.

It meant there is one change to the team that started in the club’s last league outing away to Rochdale as Ben Reeves replaced Darren Pratley, with Krystian Bielik dropping back into centre-half as Lee Bowyer continued with his favoured diamond formation.

In an even start the visitors maybe had the best of the early chances when Jed Steer did very well to smother an effort from Herbie Kane after a clever cross from the Doncaster right from Matty Blair in the fourth minute.

For Charlton it was the pairing of Jamie Ward and Karlan Grant linking up well to cause the Rovers defence problems and it was the third corner won by the latter that the Addicks scored from. A whipped inswinging corner from Josh Cullen hit a Doncaster head and came crashing back off the crossbar, Aribo reacted quickest and did well to poke home from inside the six-yard box.

It could have been 2-0 in the 26th minute when Grant couldn’t quite steer home a lovely cross along the floor from Aribo.

The striker did get his goal though as the Addicks doubled their lead in the 33rd minute. Reeves played one of his trademark crossfield balls from right-to-left to Taylor. He controlled well and used Chris Solly on the overlap as a diversion giving himself time to cross. His pin-point ball found Grant whose header was on target. Marko Marosi in the Doncaster goal parried it but couldn’t keep it out.

The goals had given the Addicks confidence and momentum and Ward nearly made it 3-0 on the stroke of half-time when his free-kick came back off the Doncaster post.

Charlton started the half with the same momentum and Aribo had an early effort straight at Marosi and Taylor was then denied by a block after finding himself free at the back post. The best chance though feel to Aribo who placed an effort just wide of the Doncaster post when the ball fell to him in space near the edge of the area.

At the other end Ben Whiteman was denied by a block when he maybe could have done better and Reeves made a crucial to deny substitute Alfie May.

Taylor was a doubt for the game with an injury and he was replaced in the 62nd minute by Igor Vetokele who nearly scored within minutes of coming home but he couldn’t quite direct his header from a Grant cross goalwards.

The influential Ward and Vetokele both forced further saves out of Marosi as Addicks saw out the remainder of the game with little difficulty to secure three points.