Tariqe Fosu on returning to play-off positions, his fitness and the importance of being relentless 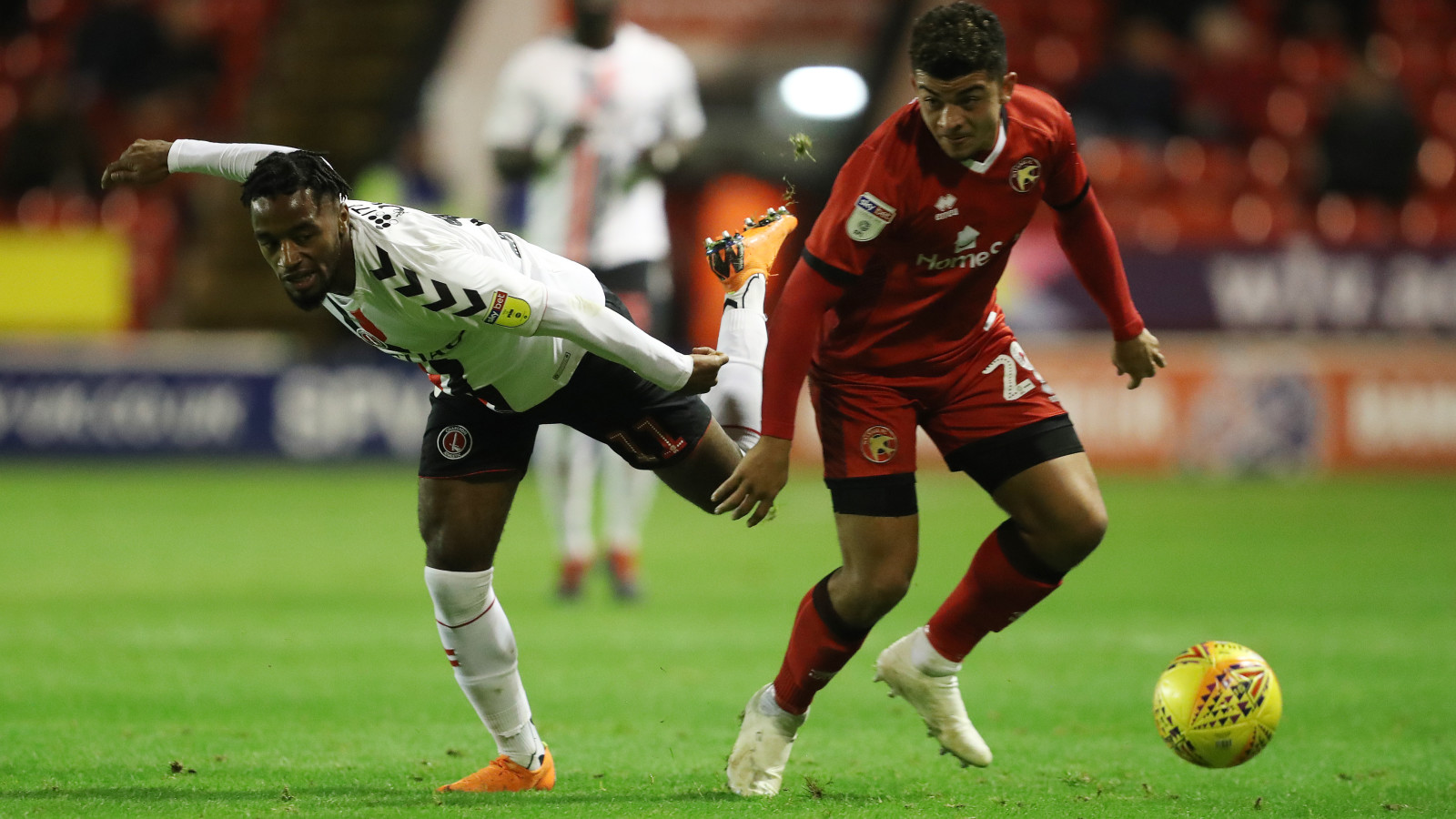 Charlton ran out 2-0 victors against Walsall on Tuesday night with goals coming from the in-form Lyle Taylor and Arsenal Loanee Krystian Bielik. Tricky winger Tariqe Fosu explained what has been going on behind the scenes to find the winning formula.

Fosu, who signed for Charlton in the summer of last year, also explained his injury and recovery as he makes his way back into the squad. Speaking after the game the winger, who turned 23 recently, said: “It feels good to get minutes and get my fitness as well and it’s back-to-back wins, so I’m delighted.”

The full interview with Tariqe Fosu is available to watch on Valley Pass.

Touching on his return, he explained: “It’s been tough for me but I’m getting back to full fitness and I’m working hard to try and get back to how I left off last season.

“I haven’t been getting many minutes and it’s a tough one, obviously I got injured early on, so it’s been tough to get back in (the team) with fitness and stuff so it’s good to get some minutes.”

With Jamie Ward, Billy Clarke and Ben Reeves providing competition in his area of the pitch, the attacker said that it is welcome news for both him and the team: “It’s good competition so it pushes everyone to do well, so it’s definitely good.”

Fosu displayed his quality early in the game when, after five minutes, he drew Walsall’s George Dobson into fouling him inside the penalty area, gifting the Addicks a spot-kick which Taylor coolly converted to give Charlton the important early lead.

Speaking on his own impact in the game Fosu said “I want to be at my best all the time, but it’s tough coming back from injury, you’ve just got to build up and keep getting fitter and getting sharper and just keep working hard as a team.”

Fosu also explained Lee Bowyer's determination to get the best out of his team in training.

“We’ve been on it, Bows has been on at us all week to not slack and we put in a good shift, all the boys did, and it was a good win.

“It’s massive [returning to the playoff places], we put in a good shift last game and this game we’ve done the same thing again, so we just have to keep being relentless.”