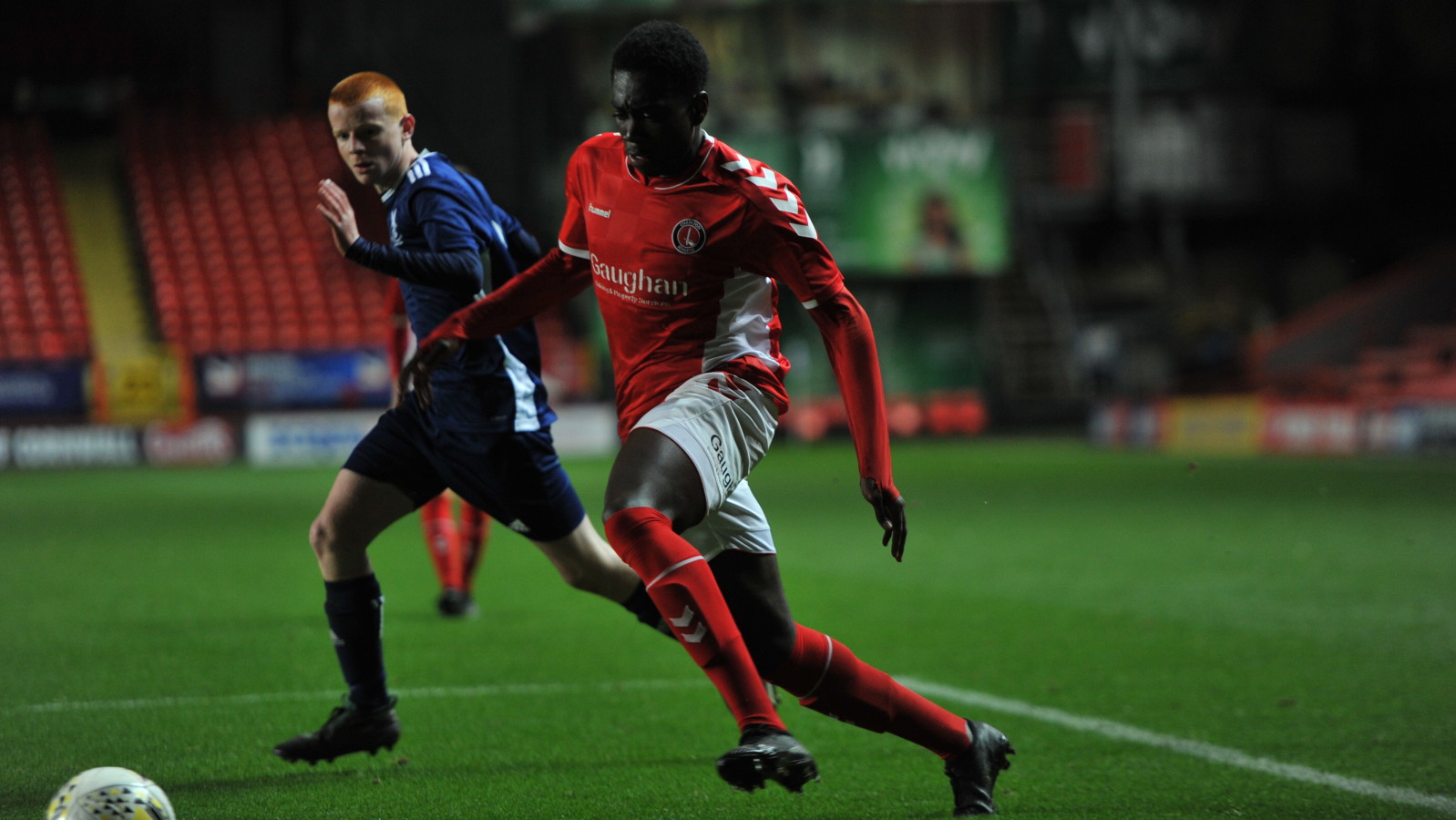 Charlton’s U18s eased into the second round of the FA Youth Cup with a crushing 6-0 victory over Whitehawk at The Valley on Wednesday evening.

After an own-goal had opened the scoring, Billy French, James Gody, Eddie Allsopp and a James Vennings penalty all ensured a healthy five-goal lead before the half-time whistle had blown, while another Vennings strike early in the second period rounded off the goalfest.

The first chance of the evening fell the way of the Addicks after 12 minutes when Allsopp’s clever back-heel flick fed Kareem Isiaka into the box, but the striker could only drag his shot wide of the post.

Charlton did take the lead that their early dominance deserved moments later, however, and it came via an own goal – Hawks defender Daniel Addy slicing Gody’s cross from the left into his own net.

Three minutes later, the confident hosts struck again, doubling their advantage from a corner with French leaping unopposed to head Vennings’ delivery into the back of the net.

The Addicks were in control and hit the crossbar on 24 minutes when Richard Chin cut in from the left before seeing his decent effort take a slight nick off a defender to take it onto the woodwork, while Isiaka was denied by an excellent Rudy Stilgoe save.

Isiaka dragged another opportunity wide on the half-hour mark which was almost identical to his earlier effort which was put past the post, but the home side soon had their third and it came from Whitehawk’s first corner of the evening.

Ryan Godding turned defence into attack with one pass up field to Gody, who entered the opposition half and kept going, finally finding himself one-on-one before finishing calmly for 3-0.

Skipper Vennings (pictured below) came close to a fourth before the break when he tried to round off a neat passing move, only to side-foot a shot wide from 12 yards, but Eddie Allsop would ensure that Charlton would go into the break with an extremely healthy lead, showing excellent feet just inside the box before firing an unstoppable shot past Stilgoe.

And it got even better for the hosts in first-half injury-time when Gody was felled in the box, leaving Vennings to step up and coolly stroke his penalty into the bottom left-hand corner, sending the keeper the wrong way.

With the job all but done in the first 45, the dominance continued into the second half, albeit in more conservative fashion.

Vennings grabbed his second of the evening with a crisp strike inside the box five minutes after the restart, but that is where the goals ended for the free-scoring Addicks, with their passage into the next round already secured.

Whitehawk did see decent efforts from Thomas Cooklin and James Waters narrowly miss the target as the half wore on, but Charlton’s excellent first-half display was more than enough to ensure a second-round date with Southend United later this month.