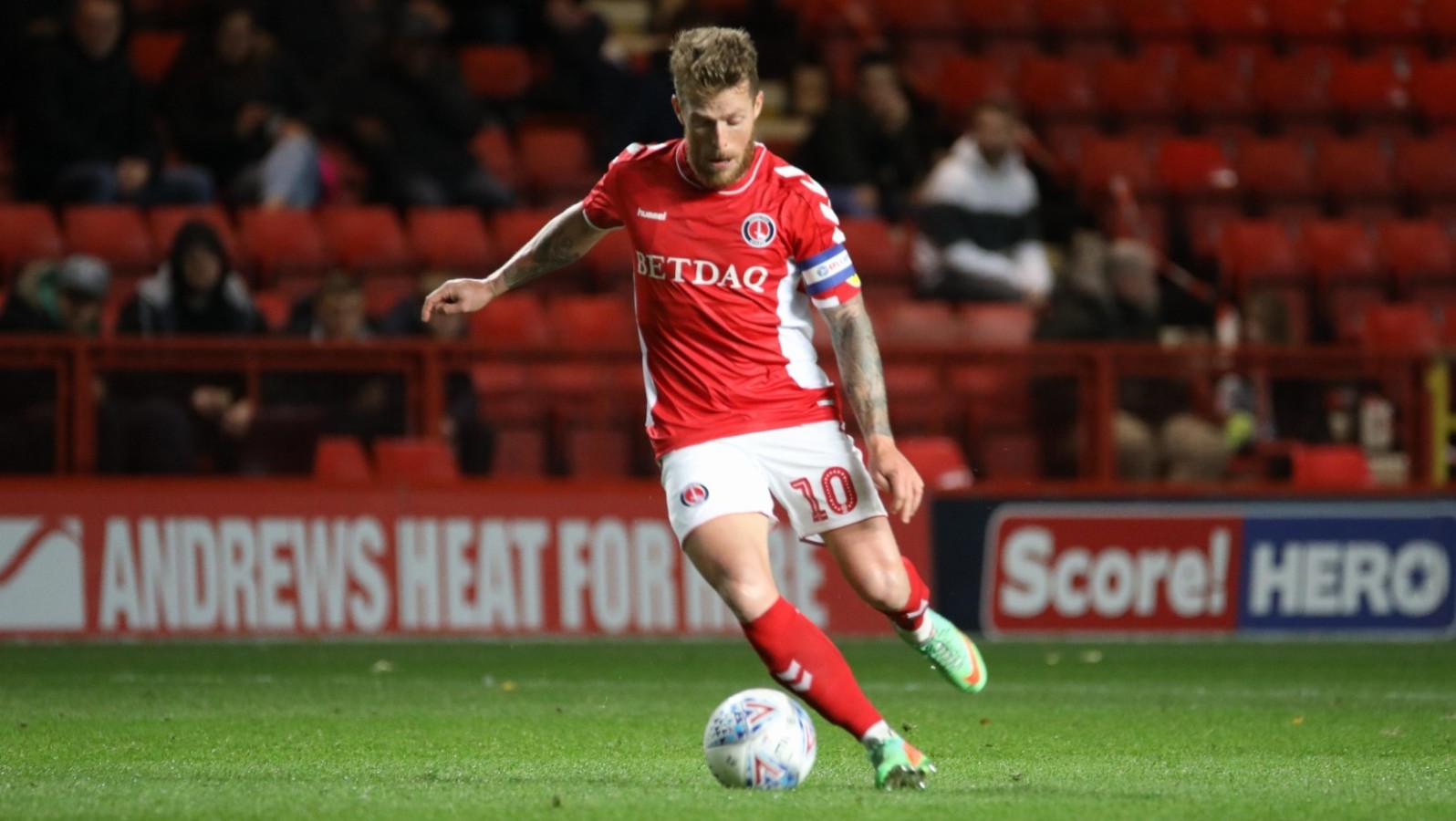 The competition this year has seen a club-record 8-0 win against Stevenage and a proposal on the pitch against AFC Wimbledon but tonight a very young Charlton team were beaten by a super, second half strike from 21-year-old, Swedish, midfielder Adnan Maric.

Lee Bowyer handed full debuts to goalkeeper Ashley Maynard-Brewer and Brendan Sarpong-Wiredu who had a good game at right-back. There was also a first start in 11 months for Billy Clarke, who was handed the captain’s armband and played much of the first half in defensive midfield. The young Charlton side also included U23s Kenneth Yao, Ryan Blumberg, Jamie Mascoll, Albie Morgan and Reeco Hackett-Fairchild with first teamers Mark Marshall, Tariqe Fosu and Nicky Ajose.

The visitors begun the game very well with Tyler Reid and Jordon Garrick down the Swansea right causing no end of problems. The progress down the right resulted in three crucial Yao blocks within the first 35 minutes. The best of the blocks to deny Botti Biabi in the seventh minute just outside the six-yard box.

Charlton found it difficult to get on the ball in the opening 20 minutes with a long-range effort from Marshall straight at Steven Benda, the furthest the Addicks ventured forward.

The home side’s football did improve though and a 24th minute through ball from Clarke found it’s way to Hackett-Fairchild who curled wide.

Four minutes later, after some more nice passing a Tariqe Fosu through ball into Hackett-Fairchild was cleverly laid off to Nicky Ajose whose left-footed effort was well blocked.

A 36th minute Liam Cullen volley and a 46th minute Oli Cooper header both cleared Maynard-Brewer’s crossbar as the two sides went in level at half-time.

The rapid Garrick began the second half as he had the first, bursting into the box, his low cross found Biabi who shot with his second touch was blocked to safety by Maynard-Brewer.

The Addicks had maybe their best break of the game in the 53rd minute, Fosu’s pass played in Marshall whose effort stung the palms of Benda.

The young Swans took the lead a minute later when Maric who collected the ball 25 yards out and under no Charlton pressure had time to place his right-footed effort into the bottom-left-hand corner of the Maynard-Brewer’s goal.

The Addicks weren’t giving up their Checkatrade hopes and a neat one-two between Clarke and Ajose resulted in the latter driving the ball at Benda from a tight angle. The Swans stopper did well to palm down and gather to deny the former Bradford man a goal on his return.

For Swansea midfielder Simon Paulet was lucky to remain on the pitch, as minutes after being booked for a cynical foul on Fosu, the youngster clattered Morgan but referee Charles Breakspear kept his red card in his pocket. Paulet was substituted not long after.

In the last 10 minutes the Addicks pressed and Fosu had a stoppage time header cleared off the line but it wasn’t to be and despite some cynical fouls the Swans deserved their three points and place in the second round.