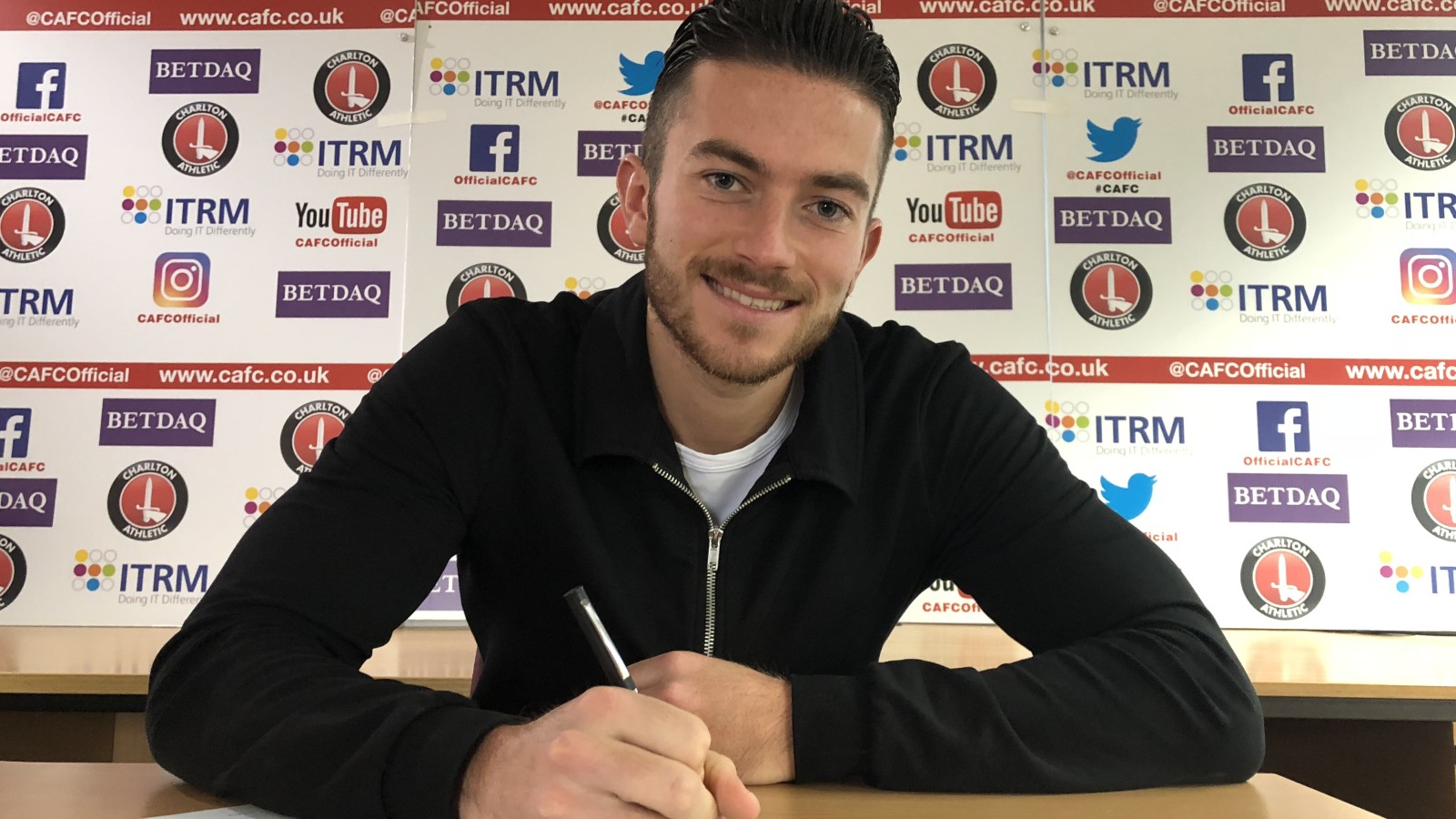 Charlton Athletic are delighted to confirm that left-back Lewis Page has signed a new contract at the club that is set to keep him at The Valley until at least 2020.

The 22-year-old blossomed under Lee Bowyer at the end of last season and the Addicks boss was thrilled to have secured the signature of a player he feels is “probably the best left back in the league”.

Page joined Charlton from West Ham United in January 2017 and after a difficult year with injuries became a fan favourite with some vital performances at the end of last season as the club made a late dash for a play-off spot.

Page told Valley Pass: “I’m delighted, I’ve just put pen to paper and I’m happy to keep going with Charlton. I’m really enjoying my time here. Lee Bowyer has been brilliant for me, he’s given me the confidence to go out and play. Now it’s just for me about staying fit and getting back out there.”

“He had a tough start and didn’t get many games. I came in and he was outstanding for me. I think once he gets back, he’ll just go on-and-on-and-on, and get better and better. I think he’s a very good signing for us, I think we’ve probably got the best left back in the league.”

Speaking of his attributes Bowyer said: “He’s an all-rounder. He’s a good defender. One-v-one he’s very good, he defends the back post well and he’s very good at getting forward, so the way we play he gives us an outlet and he’s got great delivery on the run. Accrington Stanley comes to mind, that cross he put in for Karlan, not many people can do that on the run. He gives us a lot, I’m over the moon.

Page has signed a deal that will keep him to the club until at least June 2020 and should he make a set amount of appearances between now and then a clause in his contract means it will automatically be extended one further year.

Head of Recruitment Steve Gallen said: “We’re pleased he’s signed. We’ve been negotiating with Lewis and his agent for the past maybe six weeks.

“He’s got a good left foot, he’s got a great left foot in fact. He’s very attacking, dynamic, he wants to get up the pitch. He wants to stick the ball in the box. I see him here at training at times, some superb deliveries going in the box. If you’re Lyle Taylor, Karlan Grant, Nicky Ajose or an Igor (Vetokele), if you’re a striker like that you’ll want to see those kind of deliveries going into the box because there are goals at the end of them.”