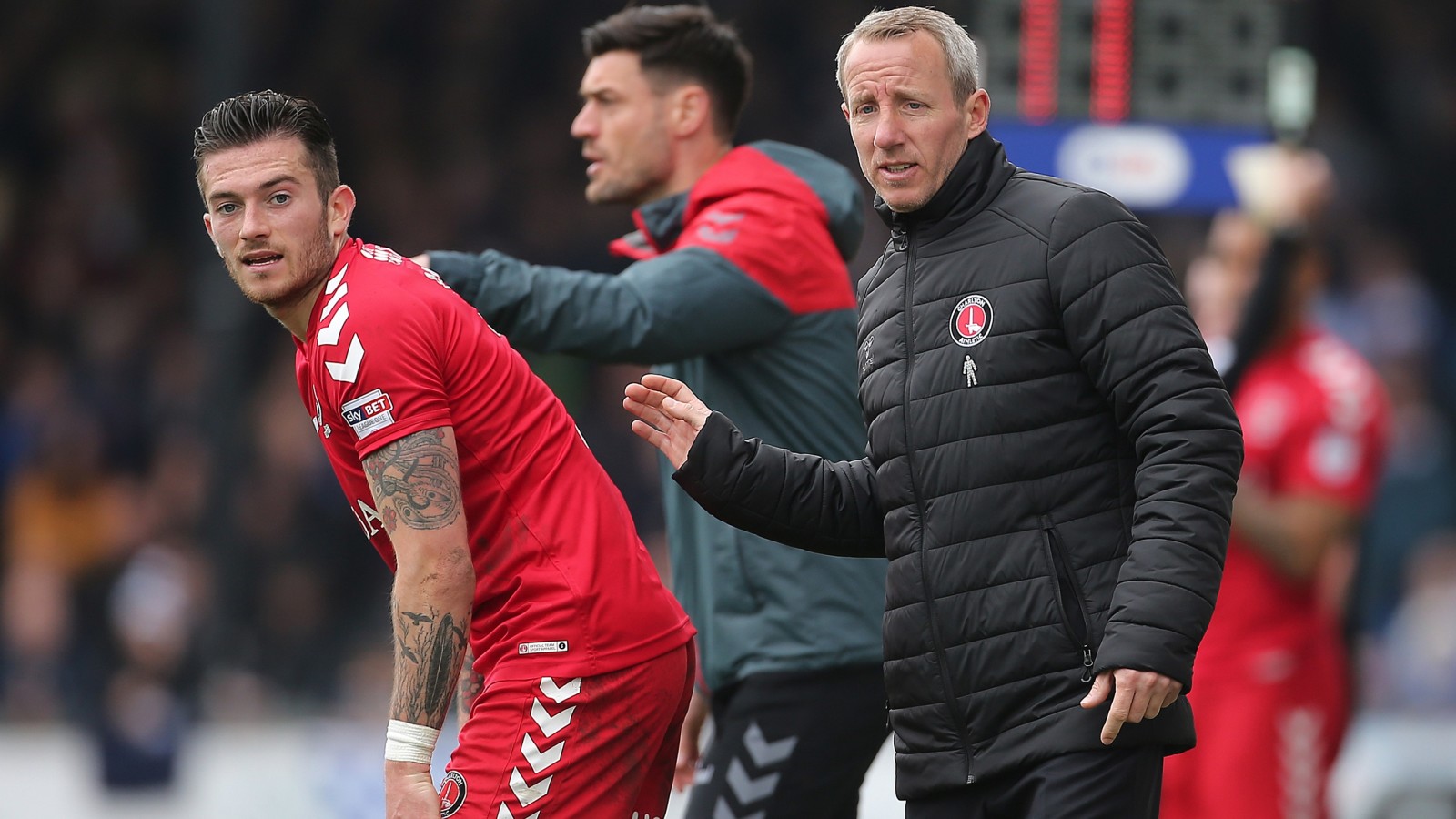 Lewis Page smiled: “Did he? That was nice, wasn’t it?”

The 22-year-old full back had just been told that Addicks boss Lee Bowyer had described him as “probably the best left back in the league”.

The initial surprise was clear in the “did he?” but was followed by the more confident “that was nice, wasn’t it?”.

It is that confidence that has grown in the last six months and earned him the new contract he signed on Monday. Before Bowyer took over, Page hadn’t had the best of times at Charlton. After joining in January 2017, Page played in just eight games before suffering a hamstring injury that kept him out of action for just shy of a year. Then, in his first game back, he suffered a clash of heads against Blackpool and had to be substituted just 26 minutes in.

Just more than a week after that, the manager who had signed him, Karl Robinson, had left the club by mutual consent.

That didn’t deter Page and indeed it was his third minute wondergoal in Lee Bowyer’s first game in charge that set the tone for the Addicks' late charge for the play-offs.

The following week, he provided a super cross as part of Charlton's 4-0 destruction of Northampton Town to cement his place in the team, with Fans’ Player of the Year to-be Jay Dasilva struggling to into the line-up ahead of him.

With Dasilva’s loan spell at the club finishing this summer, Page has made the left-back role very much his own and had been one of the Addicks' best performers this season before limping off against Scunthorpe United last month.

It is that Plymouth game that Head of Recruitment Steve Gallen feels was the turning point: “Lee’s first game was against Plymouth and Pagey scored after just a couple of minutes. That was unbelievable for his confidence, so it was lucky in some ways for Lee that Pagey had just got back fit and got in the team. He certainly added another dimension to us when he came back into the team last year and for sure at the start of this season. Pagey is our first choice left-back, we just need to make sure we get him right off the pitch so he stays on the pitch. We’re very hopeful he’s going to be a very, very good left-back for us.”

Page admitted that Bowyer had played a vital role in his form. He said: “Lee’s been brilliant. He’s given me the confidence to go and play. He doesn’t restrict me too much, I like to get the ball and get crosses in. He plays an attacking style of football and he’s also a good man manager. I've spoken to him a few times just personally and he has confidence in me, so I can’t thank him enough for that.”

He was also visibility pleased by the public praise of his manager: “It’s great to hear. You have where you think you are personally and it is nice for your own manager to say that. I just need to prove him right when I’m fit. Hopefully I’ve done that at the start of the season and can just carry on from there.”

For the moment Page remains on the sidelines but he is targeting a return before the end of the year and from there he wants to continue what he started and help lead Charlton to promotion.