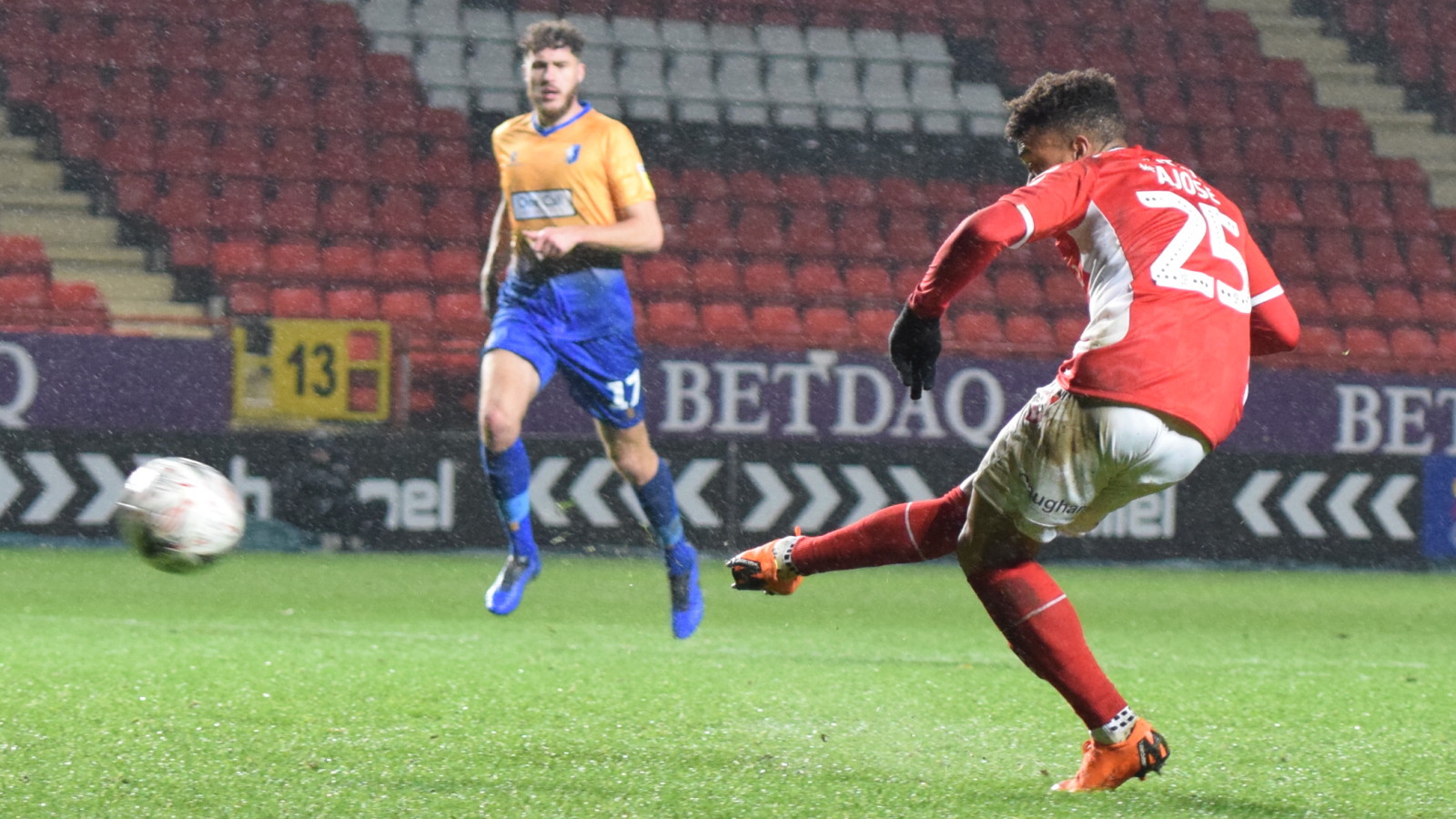 Nicky Ajose was pleased to have got on the scoresheet in Charlton’s thumping Emirates FA Cup replay victory over Mansfield Town on Tuesday night.

The front-man laid on the opening two goals for his strike-partner Lyle Taylor before rounding off the scoring himself, as the Addicks hit five in SE7.

And Ajose hopes that his performance will have caught the eye of Manager Lee Bowyer.

“I’ve not played much football at all this year, which is disappointing, but when I get an opportunity I need to take it,” he said. “It was disappointing in the original tie when I missed a chance in the second half.

“The only way you can react to that is by doing something in the replay. I’m happy with my performance and happy to have made an impact.

“I know I can score goals and in the first half it wasn’t my turn. I got into the areas and managed to set up Lyle for his two. Obviously, I managed get one in injury time and I’m pleased.”

The victory has set up a second-round tie against Doncaster Rovers, which will be contested at The Valley on the weekend of Saturday, December 1st.

Ajose said: “We’ve played and beaten them [Doncaster] already but they are a good side. I don’t think they were at their best when they came to us recently. Hopefully we will do a job on them and get ourselves into the third round.”

Before that, the Addicks host Bristol Rovers at The Valley on Saturday. Tickets for that match are on sale and season ticket holders can bring a friend to the game for just £10.

“It’s a massive game for us,” Ajose added. “We’ve rested a few players who will be back and some of us who haven’t played so much have got some football into our legs in the last couple of weeks. Hopefully we have given the manager some decisions to make.”