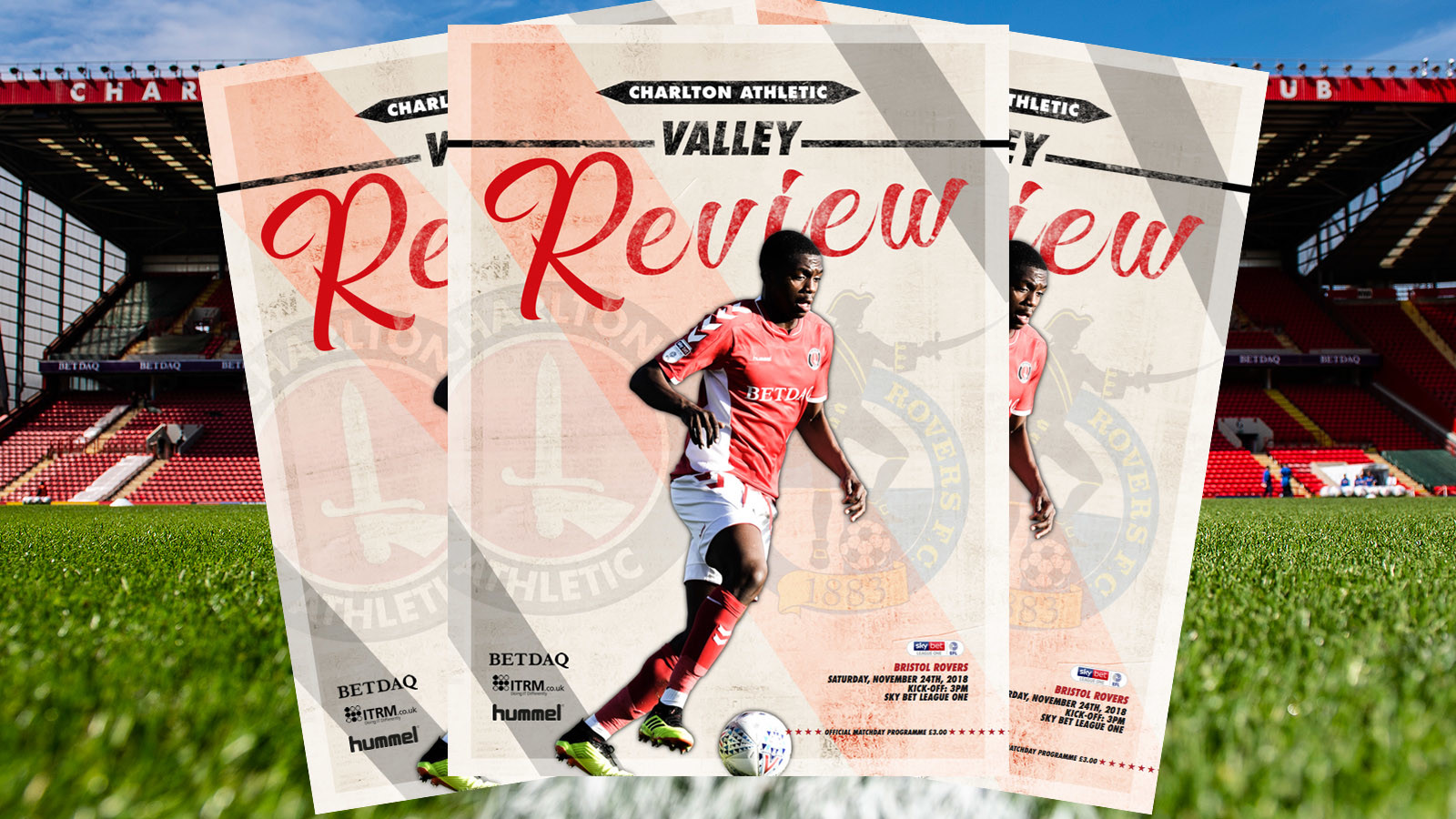 The clash could see Lee Bowyer’s Addicks make it three Sky Bet League One victories in a row for the second time this season and tickets are still on sale.

In his exclusive, six-page sit-down with the matchday programme, Dijksteel gives his take on his and his team’s start to the season.

He also opens up about his route to The Valley and how, when he first joined the Nike Academy before becoming an Addick, he used to FaceTime his parents every night due to home sickness.

Dijksteel, who resides with Joe Aribo, discusses living with his teammate as well and talks about a strange summer that saw him contract pneumonia in pre-season.

Elsewhere in Valley Review, Lee Bowyer, as always, pens his latest set of notes and we look back upon Charlton’s midweek win over Mansfield Town and the Addicks’ most recent league outing against Walsall.

Academy Manager Steve Avory discusses the benefits of sending the club’s young players out on loan – and what has to be considered before a player makes a temporary switch – and Addicks hero Carl Leaburn names his all-time Charlton XI.

Chris Solly looks ahead to next week’s testimonial event by explaining why he’s going to be joined by Johnnie Jackson, Chris Powell and Scott Wagstaff at his ‘A Night With...’ evening and the Charlton Museum give details on how they are in the process of developing a digital archive.

Visitors Bristol Rovers are profiled, we look back at four previous encounters against The Pirates and much, much more…

Priced at £3, Saturday’s content-packed edition of Valley Review will be available to purchase from in and around The Valley and in the Valley Superstore, where Lyle Taylor will be signing and posing for photos before kick-off.

Supporters are now able to purchase back issues of Valley Review via the club’s online ticketing website.