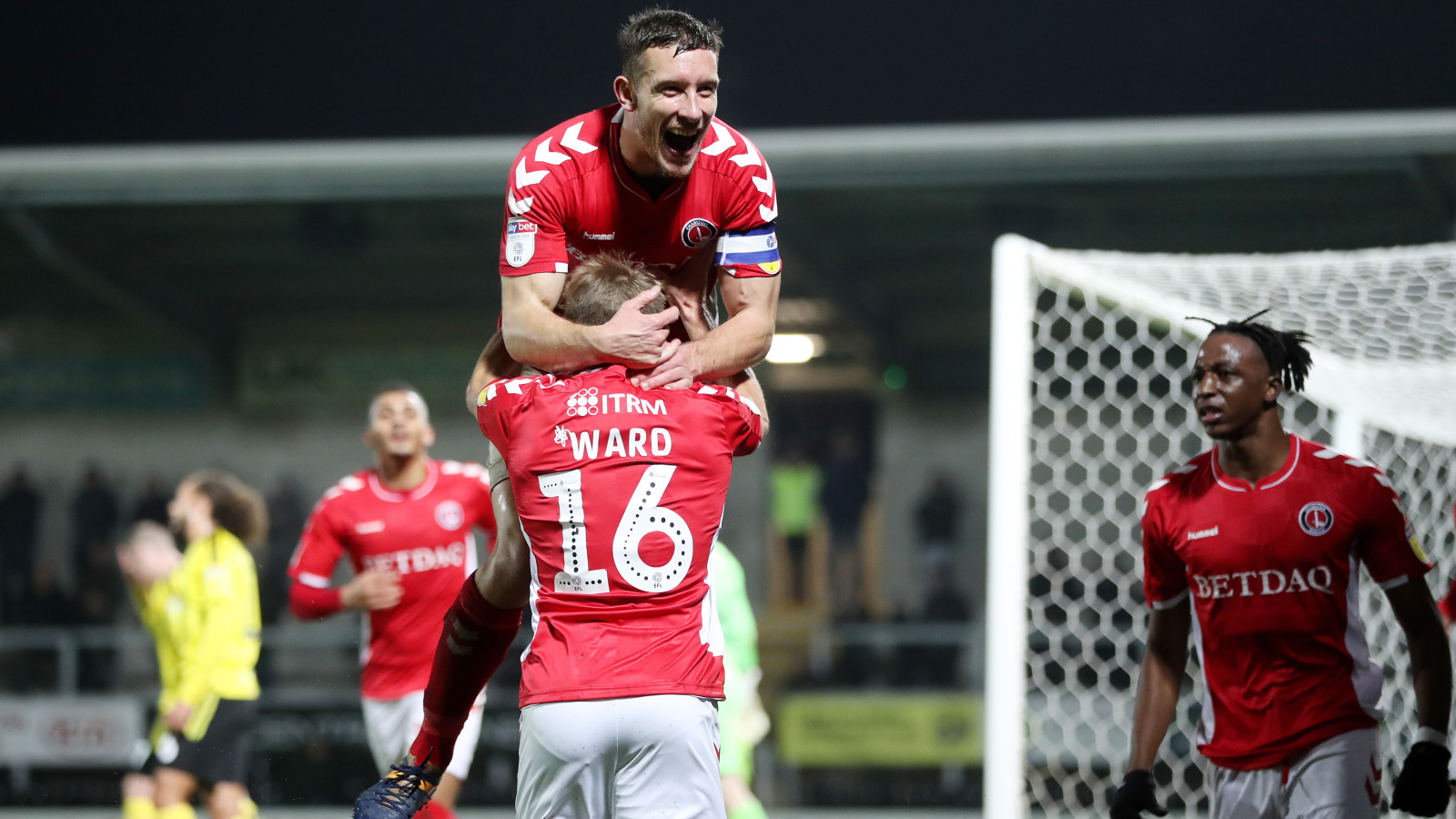 The skipper’s bullet finish – which arrived on 88 minutes – rewarded a battling performance and extends the Addicks’ winning league run to four matches.

Charlton had fallen behind the first-half to Lucas Akin’s penalty before Karlan Grant’s tenth of the season, which also came from the spot, restored parity before half-time.

The Addicks now face a break from league action – switching their attention to the Emirates FA Cup – and they will resume their League One campaign on December 8th when they head to Blackpool.

In terms of team news, Lee Bowyer freshened up his side by making three changes to the team that started Saturday’s 3-1 win over Bristol Rovers at The Valley.

Leading scorer Lyle Taylor – back following a one-match suspension – came into the XI to partner Grant up front and there were also recalls for Tariqe Fosu in midfield and Naby Sarr at left-back.

Burton’s Liam Boyce drilled the first shot of the game wide on four minutes and, 60 seconds later, Taylor did likewise for the Addicks, having collected a chipped pass from Krystian Bielik.

On nine minutes, Jed Steer reacted quickly to pluck a miscued Sarr clearance out of the air and the stopper then had to come through a crowd of players to punch a Burton corner clear.

The hosts had edged the opening exchanges but Charlton carved out two decent chances on 17 minutes. First, George Lapslie reached the byline and saw his cut-back intercepted and then moments later a Grant cross just missed the head of Taylor in the middle.

Burton thought they had grabbed the lead on 22 minutes. After a very late whistle from referee Ross Joyce saw Albion awarded a soft free-kick on the halfway line, Akins whipped in a cross that Boyce headed at goal. Steer made a superb save to tip his header onto the crossbar and Devante Cole bundled the loose ball home but he was flagged offside.

Three minutes later, they did get their opener. It came from the penalty spot. A man in red was deemed to have tripped Boyce in the box and, to the disappointment of the Addicks bench, referee Joyce pointed to the spot.

Akins made no mistake with his penalty, sending Steer the wrong way and tucking his effort into the corner.

The Addicks were visibly frustrated by Joyce’s decision to award the penalty, and a few more decisions straight after the restart added to that frustration, but on 32 minutes they were given the chance to level things.

Grant was found by Taylor inside the box and, after he cut back onto his left foot, he was tripped by Damien McCrory and after a long pause Joyce pointed to the spot again.

Academy graduate Grant stepped up and just about squeezed his penalty beyond Bradley Collins to notch his 10th goal of the season.

Experienced midfield man Stephen Quinn zipped a volley wide for the Brewers just before half-time but the two sides headed in level at the break.

Ten minutes into the second half, Charlton should have taken the lead. Fosu broke down the left and cut the ball back into the path of Lapslie. The youngster took a touch and from 12 yards out saw his net-bound strike brilliantly blocked by a man in yellow.

The Addicks had started the second period the better but just after the hour mark Burton came close to regaining their advantage. Cole flicked the ball into the path of Scott Fraser, who burst through on goal, but a great covering tackle from Sarr saw him deflect the Burton man’s shot.

Jed Steer dived to his left to keep out a powerful Boyce strike on 67 minutes and wing-back McCrory thumped a right-footed effort well wide with 74 minutes on the clock.

The Addicks came close on 78 minutes. Aribo put Taylor in on the right and his shot from a tight angle was well blocked by goalkeeper Collins. The loose ball came back to Taylor and his follow up hit McFadzean before landing in the arms of Collins.

Charlton – tired having put so much into Saturday’s win over Bristol Rovers – pushed for a winner late on and their second goal of the night arrived two minutes from time. A corner was flicked on at the near post and Pearce arrived at the perfect time at the back stick to power the ball home with his thigh.

The goal, right in front of the away end, was met with elation from those on and off the pitch and the Addicks then successfully negotiated six minutes of stoppage time to seal maximum points.