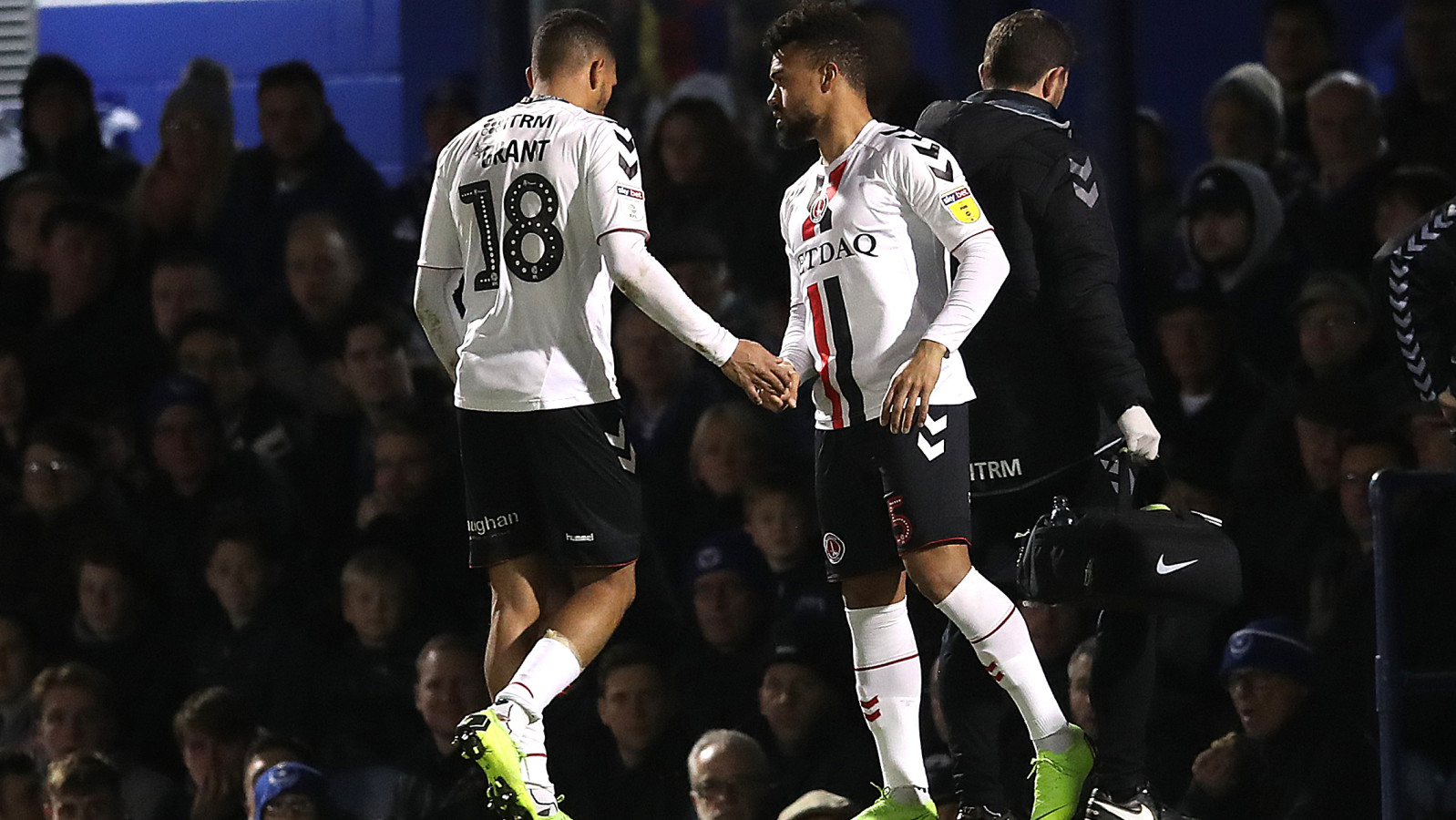 Lee Bowyer’s men battled to a fantastic 2-1 win away at Portsmouth on Tuesday night.

During the gruelling game the Addicks were forced to substitute Karlan Grant and Krystian Bielik, while Lyle Taylor and Mark Marshall appeared to finish the game with injuries, with Charlton having used their allocated three substitutions.

Head of Medical Services Alastair Thrush provided an injury update this morning and a further update will be provided later in the week.

Karlan Grant was substituted after 35 minutes on Tuesday with a hamstring injury. He will undergo a scan on his hamstring today so we can assess the full extent of any injury but the early signs are that it is not too serious.

Krystian Bielik came off in the 80th minute and will require further assessment today before making a decision on his involvement on Saturday following the nose injury sustained in a challenge.

Lyle Taylor is struggling with an injury and bruising to the right foot following the challenge that resulted in the red card. At the moment he will be a doubt for the game on Saturday. He is in a protective boot for precaution and we will undergo further tests in the next 36 hours to determine the full extent of the injury.

Mark Marshall has sustained a knock to his left hip in a challenge and will require further assessment and treatment over the next 24 hours before a decision is made on his availability for Saturday.

Of the players already out injured, Darren Pratley is the closest to return. He is completing the final stages of his rehabilitation outside on the pitch and it is hoped he will re-join full training with the squad from Monday next week.

Tickets for Charlton’s next game against AFC Wimbledon at The Valley are on sale and can be purchased online by clicking here.