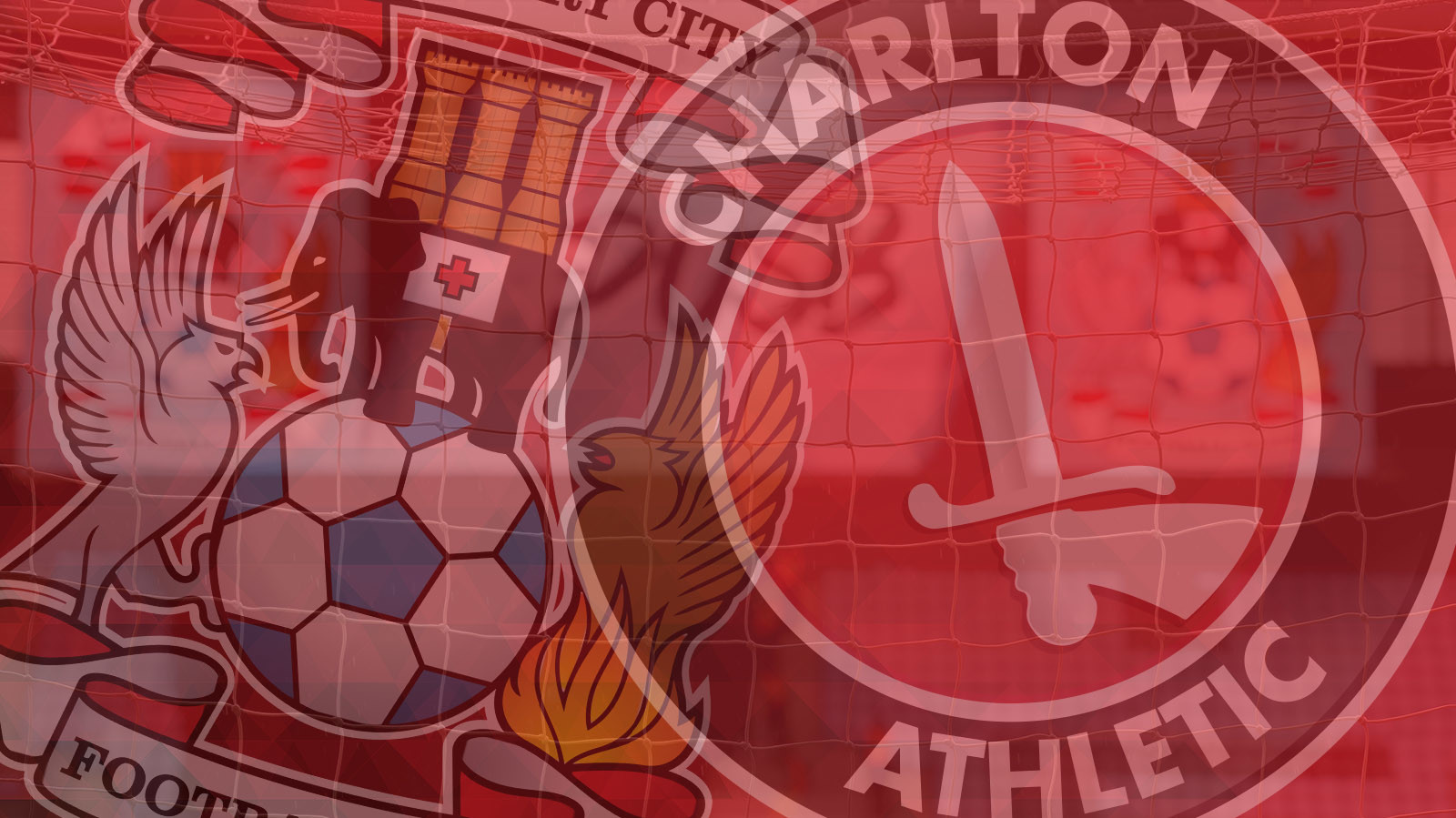 Lee Bowyer’s in-form Charlton will have the chance to secure a festive three points when they take on Coventry City at the Ricoh Arena on Boxing Day (3pm).

The Addicks are flying at the moment and rose to fourth in the Sky Bet League One table on Saturday by comfortably dispatching Gillingham at The Valley.

That victory was their seventh from their last eight matches, with only Luton Town boasting a better recent-form record than the south-east Londoners in the third tier.

In Coventry, Bowyer’s men will take on a side at the other end of the form table. Having won five league matches on the spin in the autumn, Mark Robins’ men are now winless in nine games in all competitions and, on Saturday, they were beaten 1-0 by Shrewsbury Town.

Charlton will be hoping to welcome back George Lapslie and Jamie Ward, with the pair nearing their comebacks from concussion and a thigh injury respectively. Karlan Grant is also close to a return from a hamstring injury but Billy Clarke will miss out with a thigh complaint. Joe Aribo picked up a knee injury against Gillingham on Saturday and is a doubt.

Josh Cullen and Igor Vetokele remain sidelined with shoulder injuries, while Lewis Page and long-term absentee Jake Forster-Caskey are out with hip and knee injuries. Naby Sarr is unavailable as he serves the second match of his three-game ban.

For Coventry, Michael Doyle is struggling with a knee ligament injury and Tom Davies has a foot injury.

Charlton manager Lee Bowyer: “I probably would say that [against Gillingham] was the worst we’ve played for a while. We were scrappy at times, we gave the ball away sloppily, and that isn’t like us. I thought we deserved to win, though, and I think we controlled the game ok.”

Coventry Manager Mark Robins: “I can’t accept eight-nine games without winning after winning five on the bounce. I can’t. We have got to put it right. Saturday [against Shrewsbury] should have been three points and we have to move on to another difficult game now [against Charlton].”

Charlton and Coventry have gone head-to-head 28 times in the past, with the Addicks coming out on top on 11 occasions. There have also been 13 draws and 14 wins for the Sky Blues.

The last time the two sides met at the Ricoh Arena came in April 2017. A second-half header from Patrick Bauer saw Charlton come from behind to earn a point. Highlights of that match are available to watch on Valley Pass.

Simon Hooper will be the man in the middle for the Addicks’ Boxing Day clash.

So far this season, he has overseen 15 matches – three of which have come in the Premier League – where he has dished out 50 yellow cards and three reds.

Hooper last officiated Charlton in May, for the Addicks’ play-off semi-final first leg against Shrewsbury Town.

He will be supported by assistant referees Peter Kirkup and Neil Davies and fourth official Matthew Donohue.

Around 550 Addicks have purchased tickets for the festive clash. Charlton supporters will be able to buy from the Ricoh Arena but the below prices will be subject to a £3 increase.