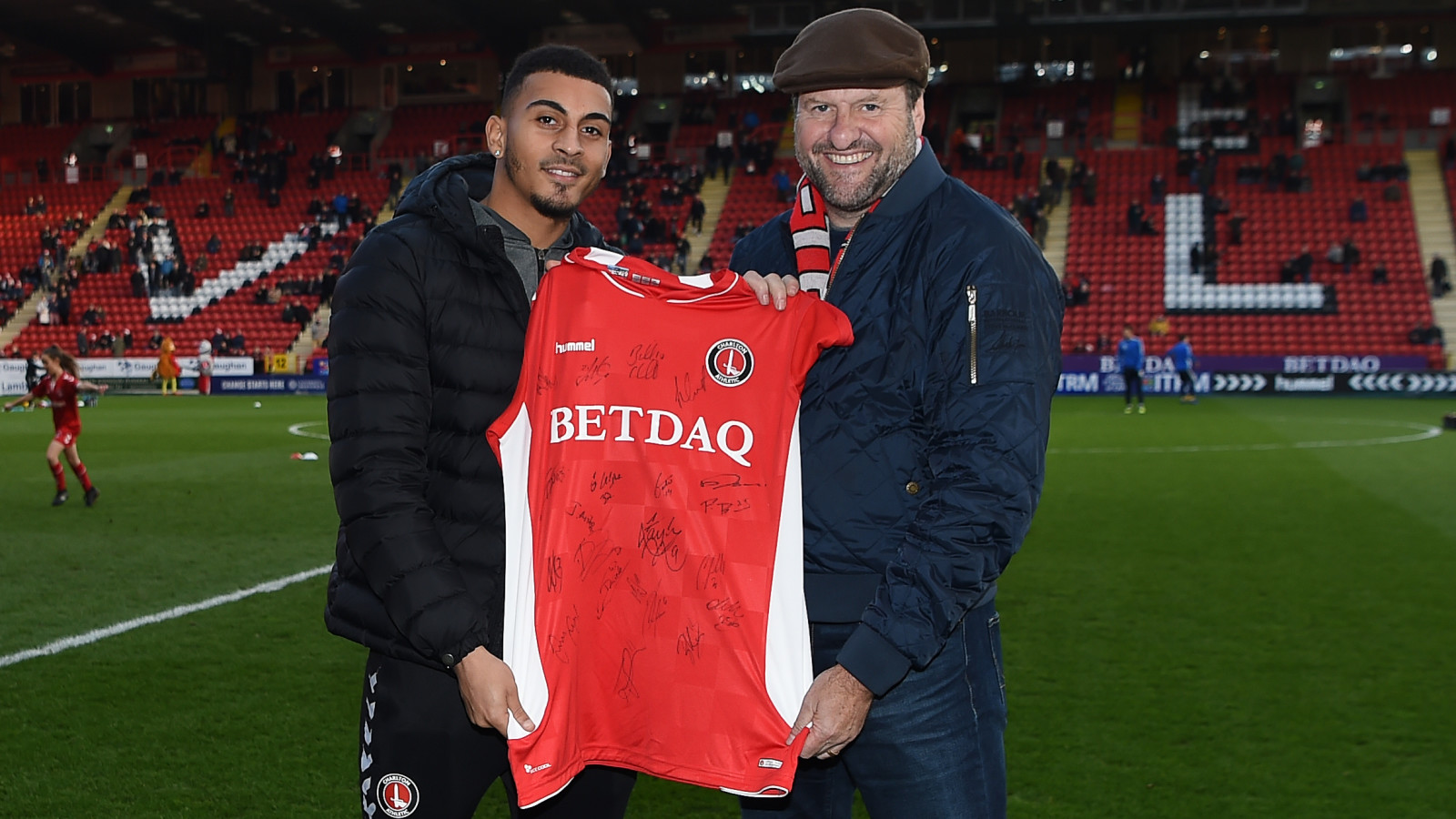 For the Addicks’ home game against Gillingham on Saturday, December 22nd Guy Chalkley was nominated.

Guy follows the team from Australia and was in London briefly this month. He watched the game with his boys Jacob and Jim. We asked him for some of his Charlton memories…

Why I became a Charlton fan: You usually inherit money and a house now from your parents. I inherited from my father high blood pressure and a love for Charlton Athletic Football Club.

My first game at The Valley was: Preston North End in April 1975 which happened to be promotion for Charlton and if my old memory is still serving me a double from Derek Hales. It was also the last game in football for Bobby Charlton (how appropriate) and Nobby Stiles. Roasted peanuts and a cup of Bovril! Happy days.

My first away day with Charlton was: A year later for a local derby with Millwall which was a 1-1 draw. I loved it, although my dad would have been more stressed keeping me safe in those times.

On 25th May 1998 I was: Doing my first stint in Australia in a sugar refinery out of Sydney. And this was before fast internet to get real-time news. I would have woken up happy.

My favourite Charlton game is: I am sticking with the era as it’s good memories with my dad and growing up. Late 1977, Tottenham at home and a 4-1 win with a Mickey Flanagan hat-trick. Also a horrible injury to Mark Penfold when St.John’s ambulance could not work out whether the stretcher was for the pitch or the terraces. And I am sure Tottenham were all over us but who cares. It was also the only ever time I got onto the pitch as the terraces got a bit hot and exciting for a 12-year-old.

My favourite Charlton player: Has got to be Derek Hales. A fellow Dartfordian (in fact I have a Dartford programme from the early 70s with Derek on the team list!). Am I allowed to mention that altercation with Flanagan?!

My favourite Charlton kit: Has to be the Fads one. A trip to Fads used to be a nightmare for my dad as it meant a weekend of wallpapering and missing the game. The irony for him!

The best part of being a Charlton fan is: As I have travelled, most struggle to understand who or where we are, so you end up going into a long history lesson and end up with a friend for the night.

The Charlton player of the season will be: Joe Aribo, another great youngster off the assembly line, just getting stronger and stronger.

The game I am most looking forward to is: The one in April when we get promoted. But I’ll settle for May.