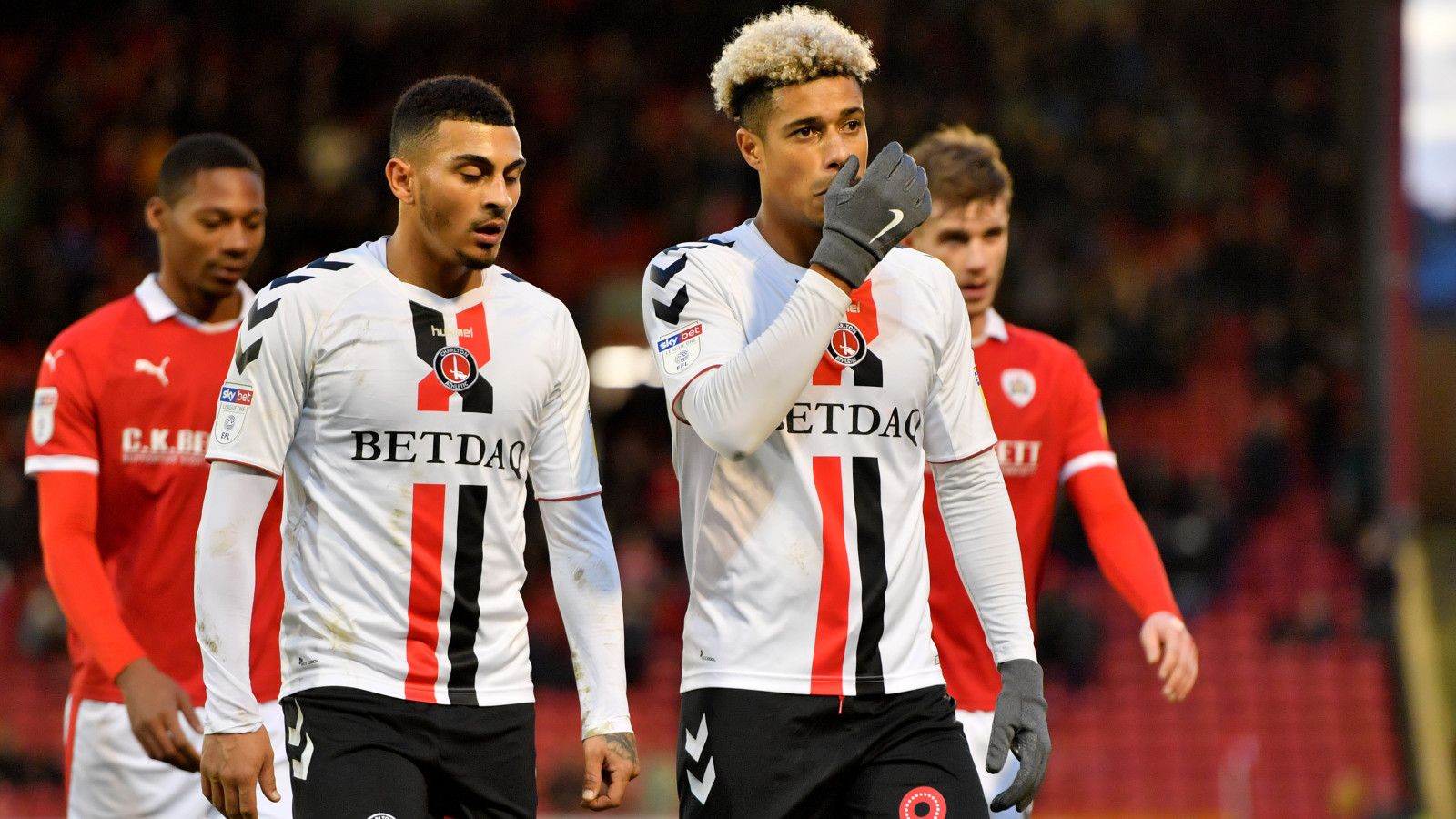 Striker Lyle Taylor says that a couple of ‘not so good results’ will not affect Charlton’s confidence levels.

The Addicks, who sit sixth in the Sky Bet League One table, have won seven of their last 10 league matches but have lost their last two, against Coventry City and Barnsley.

And Taylor, Charlton’s leading scorer, insists that his team believe they can start another winning run when they take on Walsall on New Year’s Day.

“We’re not going to lose confidence over two not so good results,” he said following the weekend defeat at Barnsley.

“It’s frustrating that we’ve missed the opportunity by losing these two games but if you can take 21 points from every block of 10 games you’d take that and it would get you close to promotion.

“The aim is to get back to that. It’s two games and there is another game in a few hours’ time. We will aim to be better and do what we can to go and win our next game.”

Up next for the Addicks is their New Year’s Day clash against Walsall at The Valley.

Taylor was on the scoresheet in Charlton’s victory at the Banks's Stadium in November and he is expecting a tough test against the Saddlers, who drew with Luton Town at the weekend.

He said: “We have got take the positives from Saturday. We fight tooth and nail until the death and we don’t give up. The way we were able to be better than Barnsley in the second-half, we’ll take that as well.

“We’ll look to push that going forward in the next game and we’ll have to because Walsall are no mugs. For us to pick up the three points at home, we’ll have to be better than we were in the first half an hour on Saturday.

“I have full faith in the team that we are able to do that. We’ll have to get home and recover right and be ready to go again.”

By the time Charlton kick-off against Walsall, the January transfer window will have opened. Taylor is hopeful that the month will see the Addicks squad added to.

“Let’s face it, numbers-wise we’re down,” he said. “I’m sure the powers that be will be looking for players and filling potential positions.

“It’s not for me to comment on now, that’s the manager’s job, and I’m sure he and those that do that job will be working on it.

“I know they’re more than capable of doing that job and bringing players in. Let’s hope we can do what we can do and the boys that are injured can get back and we can start pushing again.”