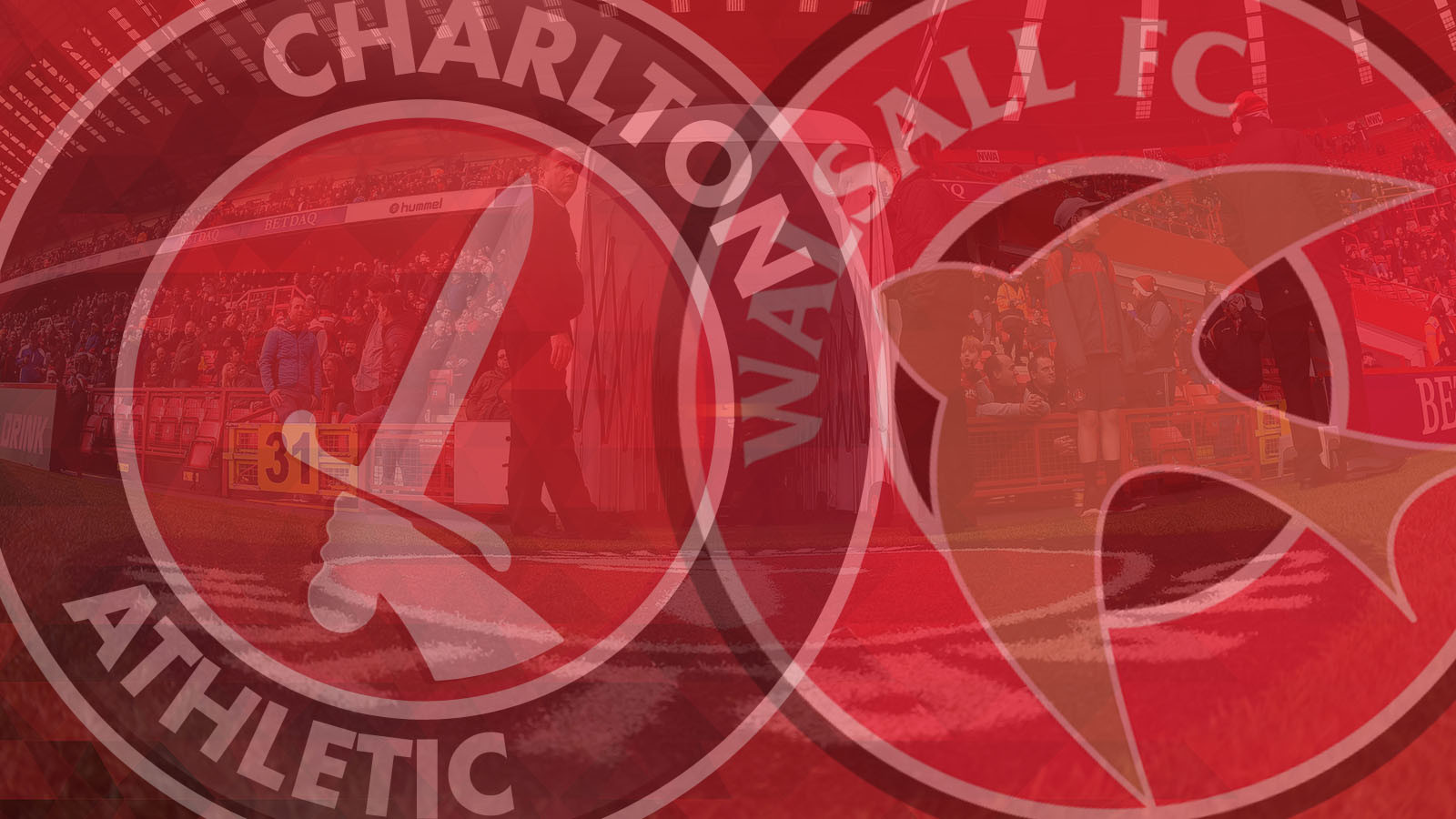 After a tricky festive period, Charlton will be aiming to start 2019 by recording three points against Walsall at The Valley on New Year’s Day (3pm).

Lee Bowyer’s Addicks enjoyed a brilliant November and a good start to December – winning seven of eight Sky Bet League One matches – before concluding 2018’s final month with defeats against Coventry City and then Barnsley.

Charlton still occupy a play-off spot, however, and victory over the Saddlers – which would also secure a league double over them – would ensure a positive start to the new year.

The Addicks have a number of injury problems to contend with and in Walsall they will come up against a side who held in-form Luton Town at the weekend.

The Saddlers led The Hatters 2-0 at Banks’s Stadium before a dramatic fight-back saw Luton rescue a point in stoppage time.

Lee Bowyer’s selection headache will have intensified at Barnsley on Saturday, with captain Jason Pearce picking up an ankle injury.

He joins Joe Aribo, George Lapslie, Jamie Ward, Josh Cullen, Igor Vetokele and Jake Forster-Caskey on the treatment table. Chris Solly is suspended after being sent off against The Tykes at the weekend but Naby Sarr returns from his three-match ban.

For Walsall, Joe Edwards is back following a serious knee injury but Josh Ginnelly will not be involved as he is soon expected to complete a transfer to Preston North End.

Tickets for Tuesday’s home game remain on sale and full pricing information is available to view below.

Tickets can be purchased online by clicking here or by calling 03330 14 44 44 up until 1pm on Tuesday. They will remain on sale in person from The Valley right up until kick-off.

Charlton boss Lee Bowyer: “We are still in and amongst it and we have got two home games coming up and I believe we can go on another run. Hopefully we will start to get some bodies back because we need to.”

Walsall Manager Dean Keates: “Charlton will be another difficult game against a team slap-bang in the middle of the play-offs, and we need to give a good account of ourselves. We’ll use the reaction from the weekend as a positive and we need to build on it at Charlton.”

Charlton and Walsall have met 35 times in the past, with the Addicks coming out on top on 17 occasions. There have also been eight draws and 10 wins for the Saddlers.

The last meeting between the clubs came at Banks’s Stadium in November. Goals from Lyle Taylor and Krystian Bielik earned the Addicks a 2-0 success.

For 2018/19's match previews, we are dipping into the Valley Pass archive to look back on a previous encounter against Charlton's opponents. This time, we throwback to August 2009 when goals from Miguel Llera and Scott Wagstaff earned the Addicks a 2-0 victory in SE7…

So far this season, he has officiated 27 matches - across six different EFL competitions - where he has brandished 98 yellow cards and three reds.

Joyce has already refereed Charlton twice this season. For the 1-1 draw with Accrington Stanley in August and November’s 2-1 win at Burton Albion.

He will be supported by assistant referees Gregory Read and Garry Maskell and fourth official Anthony Da Costa.

Boss Lee Bowyer stars in Tuesday’s edition of Valley Review. He gives his take on the Addicks’ first half of the season, his first nine months in management and lays down what he thinks the squad can achieve come the spring time.

Tuesday's edition of Valley Review is priced at £3 and can be purchased from in and around The Valley.

On Tuesday, the Fans’ Bar will be showing the early kick-off between Everton and Leicester City and late game between Cardiff City and Tottenham Hotspur.

Tuesday's Family Activity Zone will be open between 1.15pm and 2.30pm, giving youngsters the chance to warm up for the game by playing FIFA, pool and table tennis.

On the East Street menu for Tuesday is a chicken combo, which consists of barbeque chicken wings, spicy coated tenders, buttered corn and chips with a garlic mayo dip. The ‘sausage of the match’ is a jumbo pork sausage served with fried onions served a sub roll.