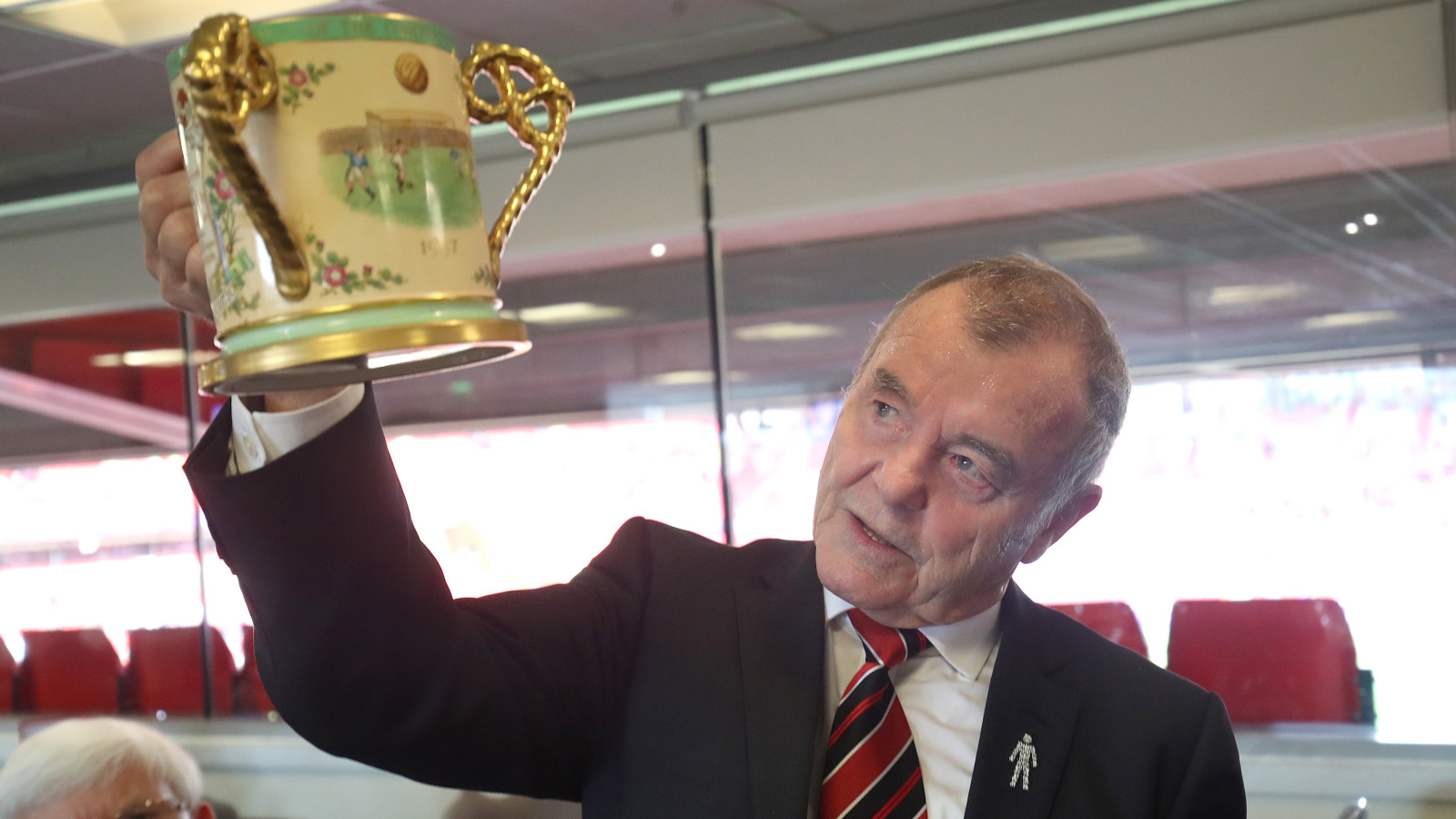 As part of a new-year tradition, the club toasted the Loving Cup prior to Tuesday’s victory over Walsall at The Valley.

The Loving Cup was first presented to all 22 clubs in the Football League First Division by Sir Francis Joseph, Chairman of Stoke City, during the 1936/37 season, as well as the FA, Scottish FA, Glasgow Rangers, the Football League and King George VI to celebrate his coronation.

The 82-year-old tradition states that on the first home match of the new year, the club should raise the Loving Cup in the boardroom as a toast to the King (or Queen as it is today) and as a toast to football.

It is believed that Charlton’s Loving Cup is one of only five that are still in existence, with West Bromwich Albion, Everton and Stoke City the only clubs that still observe the tradition, while it currently resides in the Charlton Museum.

Club legend Keith Peacock led the ceremony in the Centre Circle suite where supporters, as well as representatives from the visiting club, were given the opportunity to toast the cup and drink champagne from the vessel to ring in the new year.

It is the second consecutive year that the club has honoured the tradition after reviving it in 2018.

The Charlton Athletic Museum is reliant on donations and the work of volunteers. Any supporters interested in contributing their time, money or artefacts should contact the club by calling 020 8333 4000, or the museum directly by email on CAFChistorian@gmail.com or via Twitter at @CHATHMuseum.