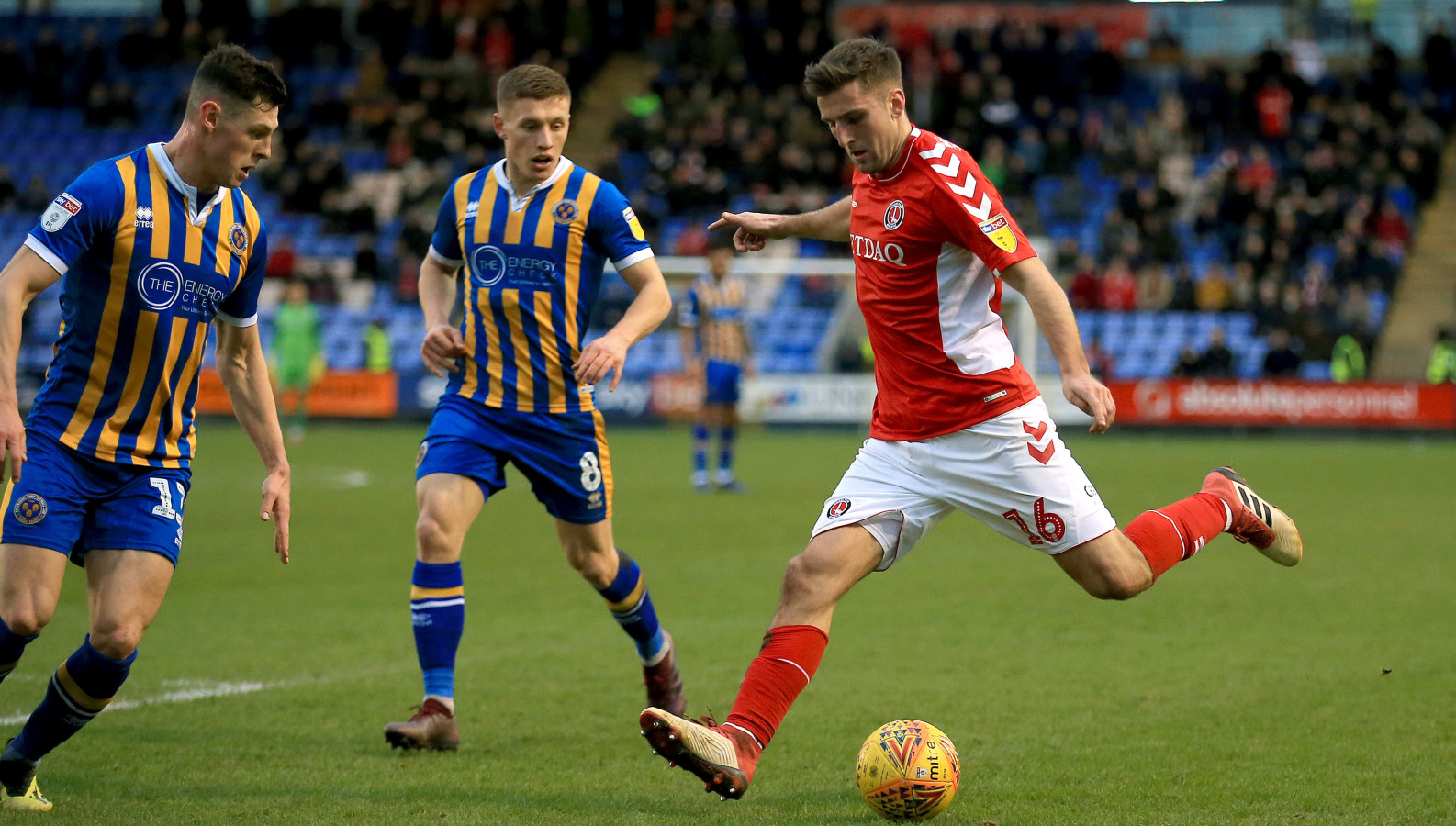 It has been a busy few days for Addicks new signing Ben Purrington.

On Thursday morning the left back arrived at the club’s Sparrows Lane for his medical and to sign with Charlton and then train with his new teammates for the first time.

The 22-year-old wasn’t daunted and made his Addicks debut today in which he impressed his new manager Lee Bowyer in a 3-0 win at Shrewsbury Town.

Speaking after the game he said: “A great 3-0 win, a clean sheet, three goals, it couldn’t have started any better really. I really enjoyed it, it was a good performance.

“I think first half maybe we weren’t quite at it but when we matched them up and went to the diamond we were a much better team, we had a few chances and it could have been more.

“I’ve only had a couple of days training. It all happened quite quickly. I trained Thursday and Friday, two days, I’m still learning names but it was good today and hopefully we can keep it going.”

Purrington joins the club on loan from Rotherham United, with who he got promoted last season. He said: “Promotion is obviously the goal. I got one last year with Rotherham through the play-offs and this year it (automatic promotion) is within reach. A couple of teams lost today so we’ve just got to try and close the gap, get a winning run going and fingers crossed you never know what can happen.

“Last year I was in the play-offs, I had two with Plymouth as well. It’s a good squad here, everyone is a good player.

“We played Charlton last year and lost at The Valley. Every time I’ve played Charlton they’ve been a really good team and always a threat, so hopefully we can replicate this year, push on and try and get promotion.”

Bowyer and Head of Recruitment Steve Gallen said on signing the experienced youngster that they were impressed with Purrington’s durability. The left back said: “I’ve played almost every minute this year, I’ve had a good start and hopefully that carries me through to the end.

“It will take time to get used to a different style, Wimbledon was a different way. You’ve got to adapt quick and take it all on board.”

Purrington's full interview is on Valley Pass which costs just £6.50 a month or £30 for the rest of the season and you can sign-up here.