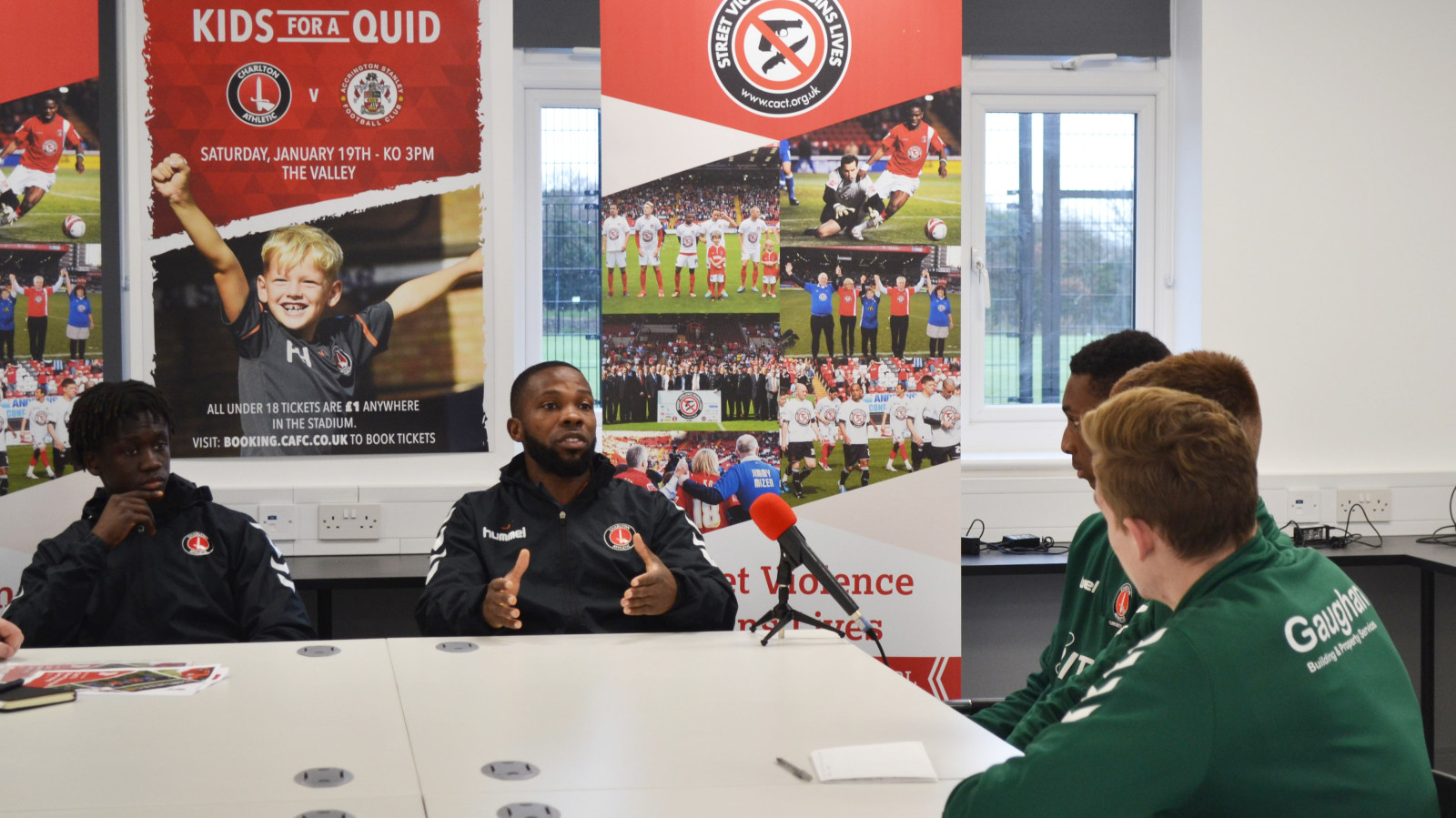 Ahead of kick-off, both matchday squads will wear SVRL t-shirts, with Joe Aribo joining senior councillors in pledging support for reducing youth violence.

CACT has been delivering ground-breaking programmes to reduce youth violence in the communities its serves throughout south-east London and Kent for nearly 11 years. It launched SVRL with Sally and Colin Knox, following the tragic death of their son Rob in 2008.

In November 2018, CACT was awarded a £150,000 grant from the Mayor of London’s Young Londoners Fund, which will help fund the Connect project.

This grant, together with the support of the Royal Borough of Greenwich and Peabody Trust, has enabled CACT staff and partners to receive extensive training on the early identification of youth-based violence.

Mentors from CACT and youth workers from Young Greenwich, the youth service it delivers on behalf of Royal Greenwich, will be in mobile units from 12.30-2.30pm to meet young people to impart confidential advice on dealing with the impact of trauma from street violence and connected issues.

A number of Charlton players have also engaged with the campaign.

Midfielder Joe Aribo will join representatives from CACT, Royal Greenwich, the London Borough of Bexley and the Knox Foundation pitchside in signing a pledge card committing to supporting the SVRL campaign before the game.

Mark Marshall and U23s player Junior Quitirna recently met a group of young people to discuss their personal experiences and the importance of positive role models.

Mark Marshall said: “It’s about having a role model and sometimes a young person’s role model is not the right role model.”

Charlie Macdonald, CACT’s Director of Youth and Inclusion, said: “The SVRL campaign is at the heart of CACT’s delivery, which is why it’s so important to promote and gather support from the community at Saturday’s event.

“We deliver a wide range of programmes that positively engage with young people throughout the year.

“Last year, we successfully mentored 250 young people across Royal Greenwich, Bexley and Thanet, providing them with positive role models and enabling them to make positive life choices that hugely reduced their chances of getting involved in youth violence.

“We are excited that the additional funding from the Mayor of London’s office, Royal Greenwich, Peabody and CACT’s trustees enables us to extend this project and work with significantly more young people at risk of being drawn into youth violence over the next three years.”

Saturday’s game is also Kids For A Quid, with U18 tickets available anywhere in the ground for £1 each, to encourage young people to attend.