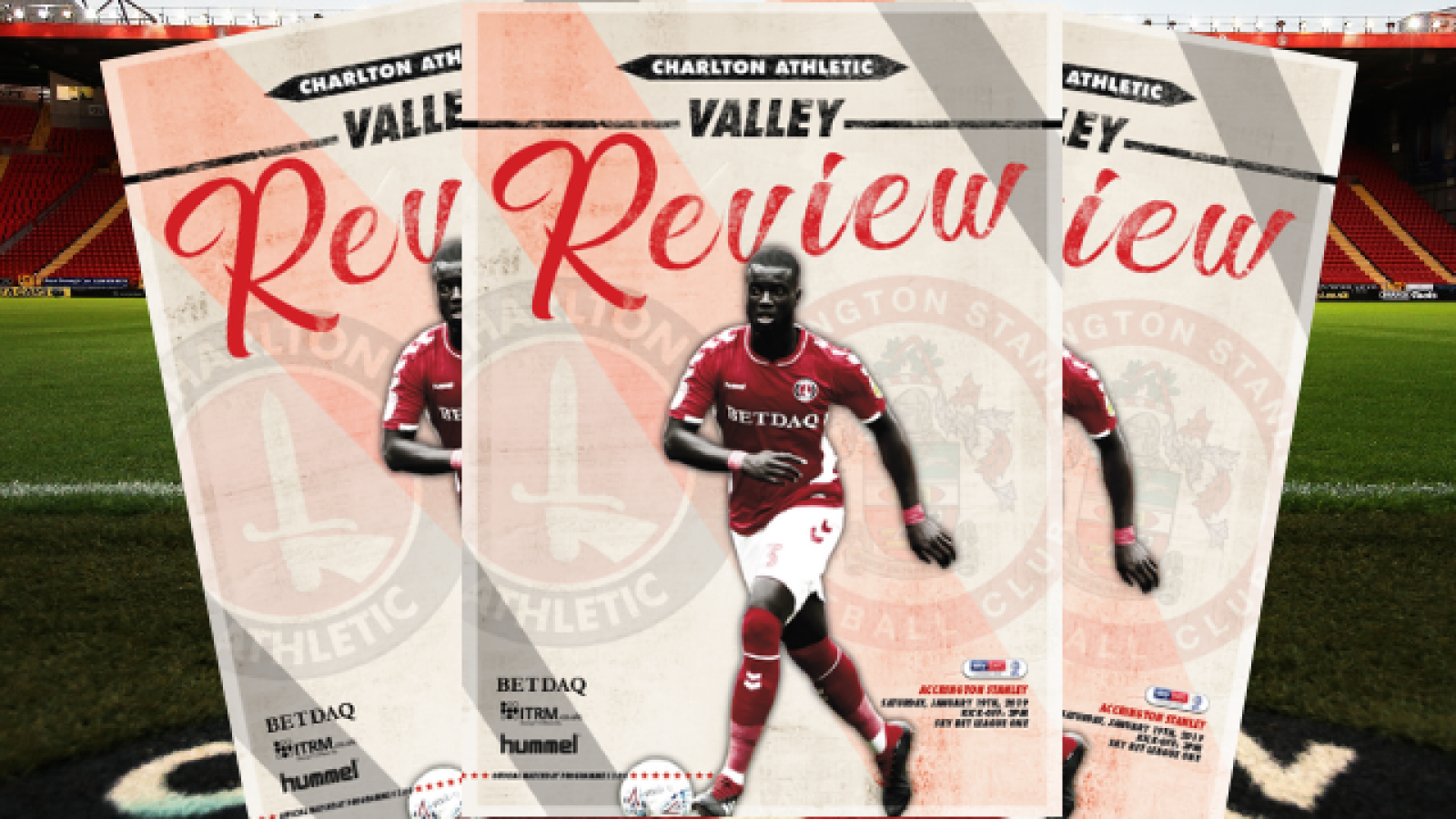 The defender has not had the easiest of rides in SE7 since first arriving in 2015, but he has turned things around to become a hero to the Valley faithful. In his feature interview, he discusses how different life is for him now compared to when he first came to England, the positive feel around the club and how the supporters who were once on his back, are now fully behind him.

Elsewhere, Lee Bowyer pens his latest manager’s notes as he reflects on a good start to the new year for his side, while Darren Pratley discusses last week’s victory over Shrewsbury Town.

The usual look back in time sees Past Encounters break down the only three previous games between the Addicks and Stanley, while author and historian Richard Redden recalls a memorable trip to Accrington in 2008.

Meanwhile, former Charlton player and boss Theo Foley is the latest to pick his ‘Addicks XI’ based on the players he played with and managed during his time at The Valley.

All the latest U18 and U23 action is rounded up, while Steve Avory writes the second instalment of his half-term report in which he provides an update on the progression of the club’s young players from U23 all the way down to pre-academy level and there is also news from the Women’s team.