Bowyer on 2,600 Addicks selling out Peterborough game and what he'll do without Lyle Taylor 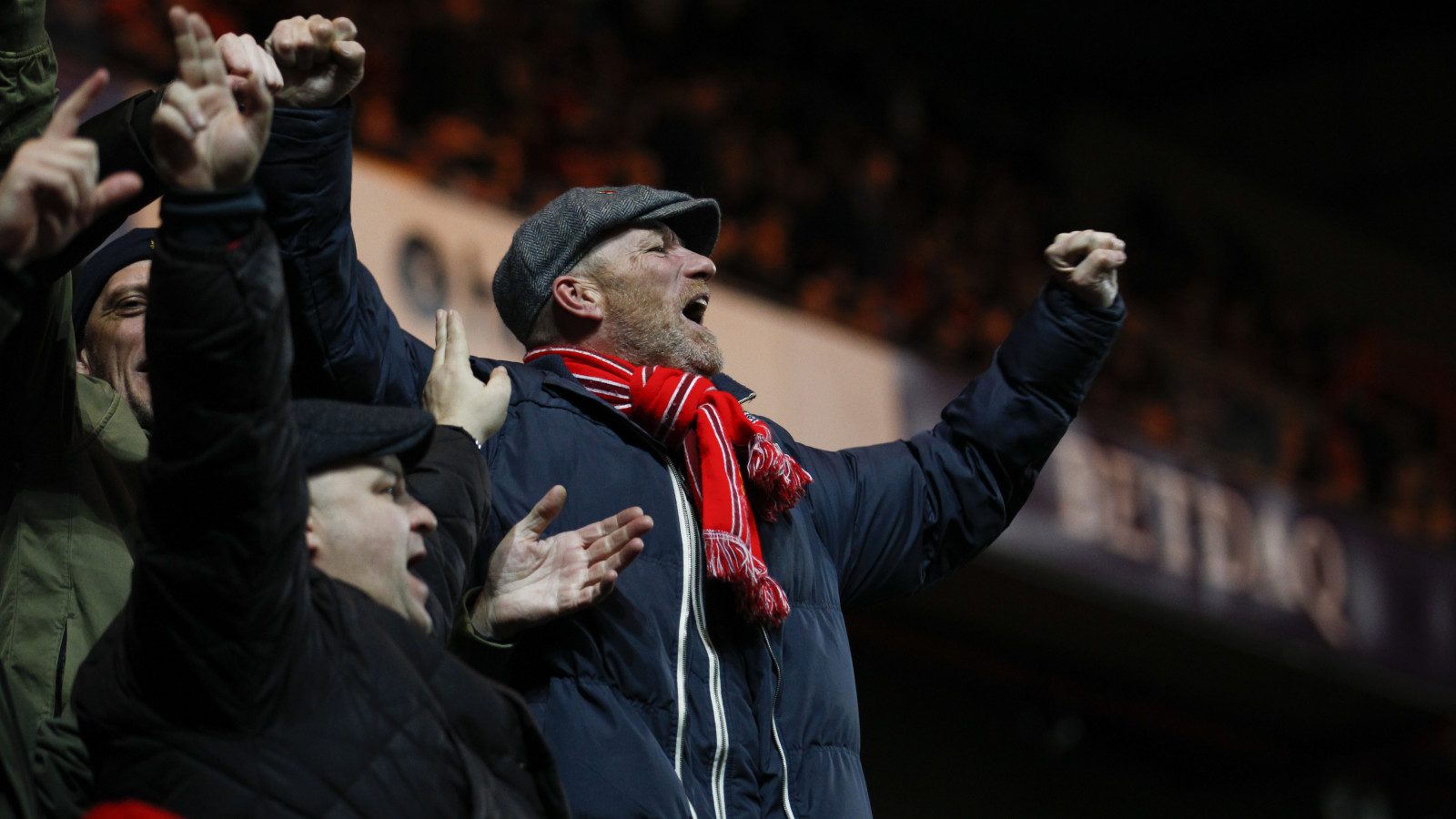 Charlton will have 2,600 Addicks fans behind them when they take on promotion rivals Peterborough United at the ABAX Stadium on Saturday.

Lee Bowyer’s team sit six points ahead of Posh, who have a game in hand, and the Charlton boss is pleased his players will have a loud support for Saturday’s game.

Speaking in his pre-match press conference he said: “Our fans have been great, they’ve been up and down the country, home and away and they are getting louder and louder every game.

“Like I keep saying, they’ve been great this season and they are getting a response from the lads. We’re building that family togetherness again and it’s great for me to see from the sidelines. I’m hopefully we can repay them Saturday with the three points.

“From August, our squad has improved. We’ve built this will to win and when you lose it hurts. We’ve built this togetherness that is hard to build. I say to the lads every time we have a meeting, I tell them how unique it is, what they have.

“Now we have our crowd back behind us I think the club and everything to do with the place is in a very good place at the moment. I think that is the reason we are where we are. You don’t just get to where we are and not spending a penny without something. We have this togetherness, this belief that we can do it.”

The Addicks boss will be without the suspended Lyle Taylor but hinted a change of formation is unlikely.

He said: “We’ve got Reeco (Hackett-Fairchild), he’s training today and we’ve got another young lad who was on the bench on Saturday, so we’ve got strikers. At the moment nothing is really going to change for us, obviously Lyle is big for us but we’ve got other personnel that can come in.”

The two sides met in a fiery affair in August that ended with a controversial late penalty for Peterborough.

Bowyer said: “That game is done and dusted, it has been and gone a long time ago. It would be nice to win but we want to win every game. That’s no different, it doesn’t matter who the opposition is.

“We’ll be going there, we’ll respect them and we’ll do what we do and we’ll compete. We’ll have to pass the ball, nothing changes from us. Professionalism is a big part, I know we’ve got a big crowd going, so I’m looking forward to it.”

When asked if he’d ever get tired of hearing the popular “Allez, Allez, Allez” song from the Charlton faithful, Bowyer replied: “No, for me as long as they are singing I’m happy. They come, they pay their money, they support the lads and they sing their hearts out, so the more they sing, the better for me.”

Lee Bowyer's press conference from yesterday is available on Valley Pass. A half-season pass costs just £30 while a monthly pass is £6.50. Click here to sign-up.