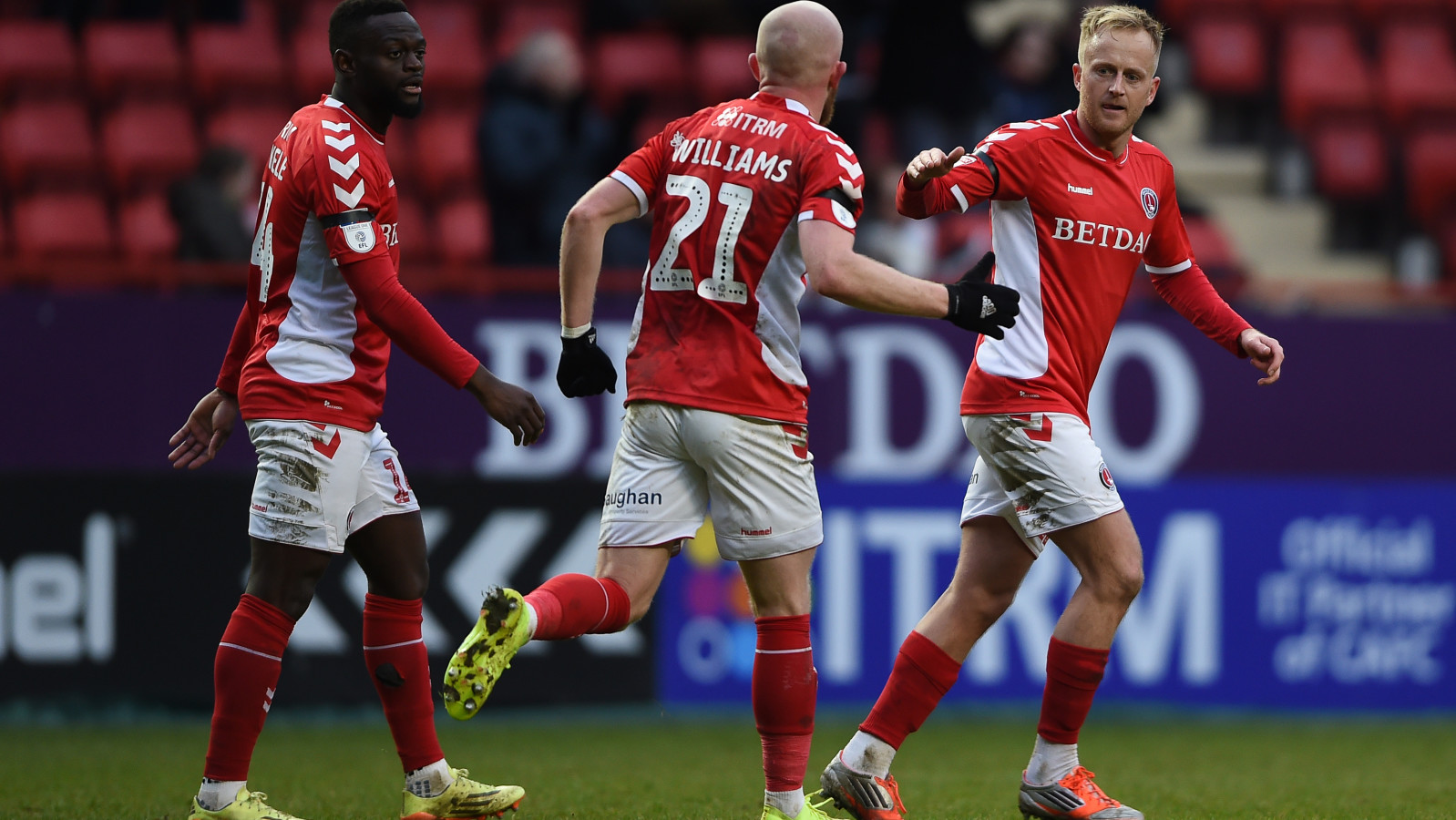 Ben Reeves’ second-half equaliser earned Charlton a point against 10-man Southend United on a frustrating afternoon at The Valley on Saturday.

The Shrimpers – who led through a deflected Stephen Humphrys goal – played a man light for the final hour of the match after Dru Yearwood was given a straight red card for a foul on Jonny Williams.

The Addicks dominated from then onwards and deservedly levelled when Reeves headed home on the hour mark. It looked as if they would go on to win the match but Southend – who took an age over every set-piece and break in play – held firm to earn a share of the spoils.

The result leaves the Addicks in the Sky Bet League One play-off places and they are next in action when they host Blackpool at in SE7 next weekend.

In terms of team news, Lee Bowyer made three changes from the side that started at Fleetwood Town last weekend.

Igor Vetokele – fit again following a shoulder injury – started in place of Reeco Hackett-Fairchild and there were also recalls for Tariqe Fosu and Mark Marshall, who replaced George Lapslie and the suspended Patrick Bauer.

Marshall started in an unfamiliar striking role and Charlton’s first sight of goal fell his way inside two minutes. Reeves found him inside the box and, from a tight angle, he saw a shot well saved by the legs of stopper Nathan Bishop.

Fosu flashed a 12-yard strike over the crossbar a couple of minutes later, as the Addicks made a fast start, and Southend then went close when Michael Kightly sent an 18-yard drive narrowly wide.

The Addicks had started the better but, on 22 minutes, the Shrimpers grabbed the lead. The goal arrived in fortuitous circumstances. Humphrys let fly from 20 yards – having held off his man – and his strike looped up off the helpless Naby Sarr and flew into the top corner of the net.

The goal had come against the run of play but Southend’s smiles did not last too long as they were soon reduced to 10 men. Yearwood – who had already been warned by referee Simon Hooper about a couple of fouls – launched himself into a tackle on Williams that he was so late for and he was given his marching orders.

Sarr thumped a 30 -yarder inches wide of the post on 35 minutes, as Charlton looked to pull level, and a couple of minutes before the break Vetokele just failed to connect with an inviting Williams cross.

The Addicks went in behind at the half-way stage and two minutes after the restart Reeves aimed a strike goalwards the sailed over the bar.

At the other end, Mantom shot off target, having got onto a Humphrys cut-back, and Williams then stung the palms of Southend stopper Bishop with a long-range strike.

Charlton equalised on the hour mark. Substitute Josh Parker found Josh Cullen in the middle and he in turn spread the play out to Marshall, who was now operating in a more familiar right-wing role.

Marshall then whipped in a pinpoint cross that Reeves glanced home expertly, with his effort nestling in the net via the inside of the post.

It was a more-than-deserved equaliser for Charlton and it instantly raised the noise levels inside The Valley.

A couple of stunning saves from Bishop then denied them their second goal. Firstly, he dived to his left to keep out a bullet strike from Bielik and, from the corner that followed, he threw up an instinctive arm to push out a Parker header.

Home debutant Parker had made a big difference for the Addicks and on 68 minutes he headed down to Reeves, who saw his net-bound strike brilliantly blocked by a man in blue.

Charlton were now peppering the Southend goal and Fosu shot over from a corner with 72 minutes gone and a couple of minutes later Bielik poked home from another flag-kick but the referee’s whistle had blown for a foul.

Ten-man Southend applied some late pressure with a couple of minutes to go but thankfully Michael Klass’s low cross-shot zipped wide and Addicks stopper Dillon Phillips then denied the same man from a tight angle.

Six minutes of stoppage time were indicated – which was perhaps kind of the Shrimpers considering how much time they had wasted – but the Addicks were unable to create a chance of note and the game ended all-square.

Sent off: Yearwood 27 (foul on Williams)