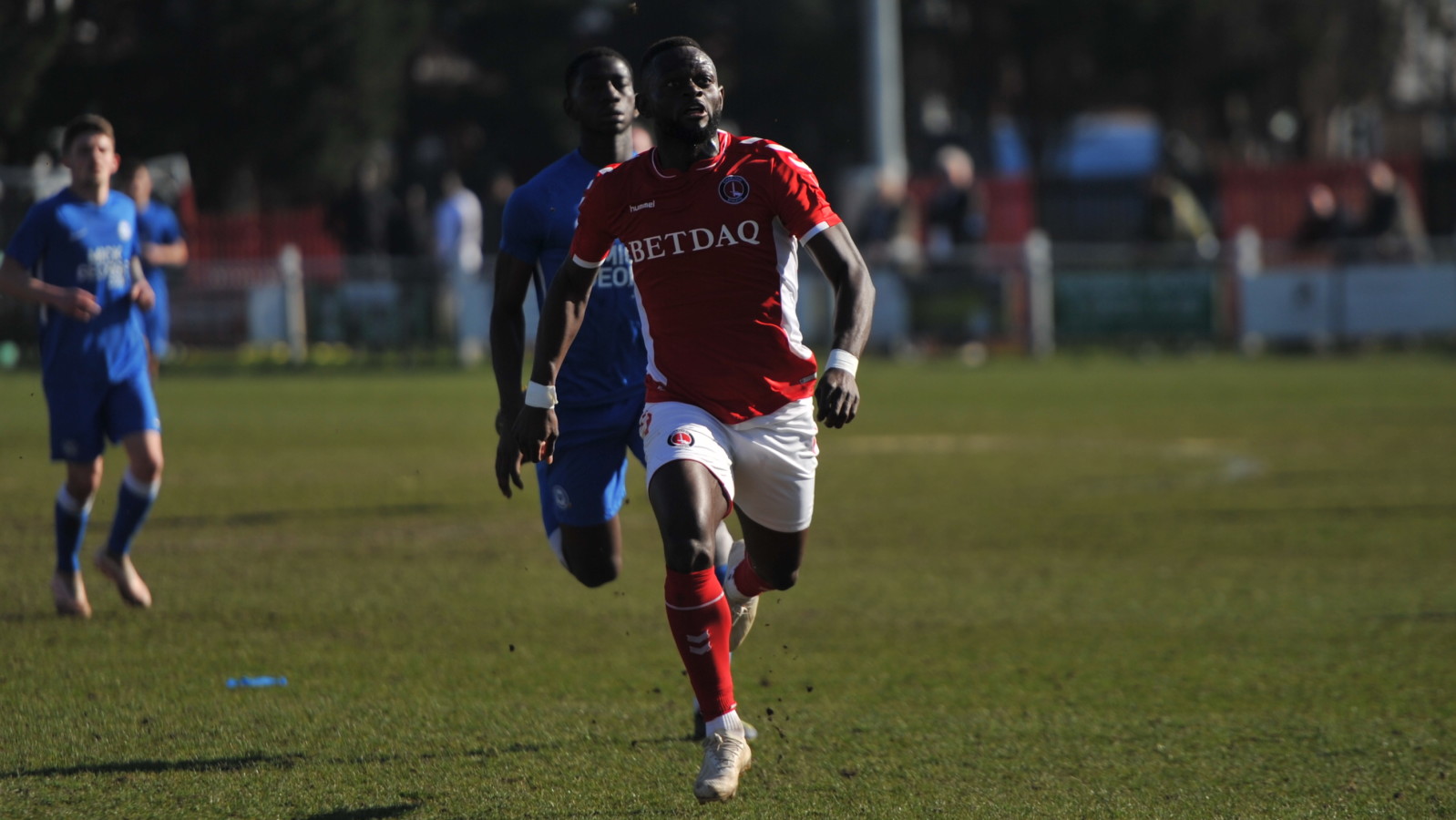 Igor Vetokele got 90 minutes under his belt, while Jason Pearce completed 87 minutes as the U23s’ Premier League Cup campaign came to an end with a 4-1 defeat at the hands of Peterborough United on Monday afternoon.

Vetokele followed up his winning goal at AFC Wimbledon on Saturday by getting himself on the scoresheet again at Greenwich Borough’s DRS Stadium, although it would prove to be a consolation as the dead-rubber Group A game ensured Charlton would finish bottom of their group with Stoke City and Sunderland having already qualified.

The first chance of the afternoon came the way of the Addicks in the eight minute when Vetokele sprung the offside trap to find himself one-on-one with Posh stopper Aaron Chapman. But the goalkeeper came out on top, keeping his initial effort out, as well as the rebound before the striker hit a third shot wide.

Another chance came and went shortly after with Vetokele involved again, this time teeing up Mikhail Kennedy in a good position in the penalty area, but the Northern Irishman could only fire wide from 12 yards.

It was all Charlton for the first 20 minutes, but the visitors came close to snatching a lead with their first attack of the game with 18 minutes on the clock. Oliver Shackleton sent a glancing header bouncing off the top of the bar, before trialist keeper Henry Newcombe’s mis-kick very nearly gifted the striker the opening goal, but despite rounding the stopper, he struck wide from an angle.

The Addicks should have considered that a warning shot as the Posh went in front in the 21st minute, with Morgan Penfold slotting home from a very tight angle.

Charlton were still enjoying the lions’ share of possession and came close once again just after the half-hour mark when Tom Scott pulled back for Reeco Hackett-Fairchild, who saw his first-time effort saved, and that would prove to be a real turning point with Peterborough going straight up the other end to double their advantage.

Louis Reed was the scorer of a stunning strike, smashing the ball straight in, just under the crossbar from 25 yards in impressive fashion.

In truth, the goals had come somewhat against the run of play, but Charlton did deservedly get on the scoresheet on the stroke of half-time, as Vetokele stabbed home a Dan Birch cross from the right at the near post.

That gave the hosts something to build on going into the second period, but it was not long before Peterborough restored their two-goal lead. Just three minutes after the restart, Penfold secured his brace when his shot from 12 yards took a deflection to wrong foot Newcombe and squirm its way into the back of the net.

The Addicks found it difficult to regain their footing in the game after that. Hackett-Fairchild dragged an effort wide with 20 minutes remaining following good work from Taylor Maloney and Scott send a good-looking volley dipping past the post shortly after, while Maloney fired inches wide in the latter stages, but the home side could not etch their names on the scoresheet again.

The Posh, meanwhile, added gloss to their scoreline with Matthew Stevens being given space in the box to head home a right-wing cross to make it fourth with 10 minutes left on the clock.

Attention now turns back to Professional Development League 2 with Jason Euell's side playing host to Sheffield Wednesday at The Valley on Friday afternoon (2pm).