AWAY FANS' GUIDE | The Keepmoat Stadium 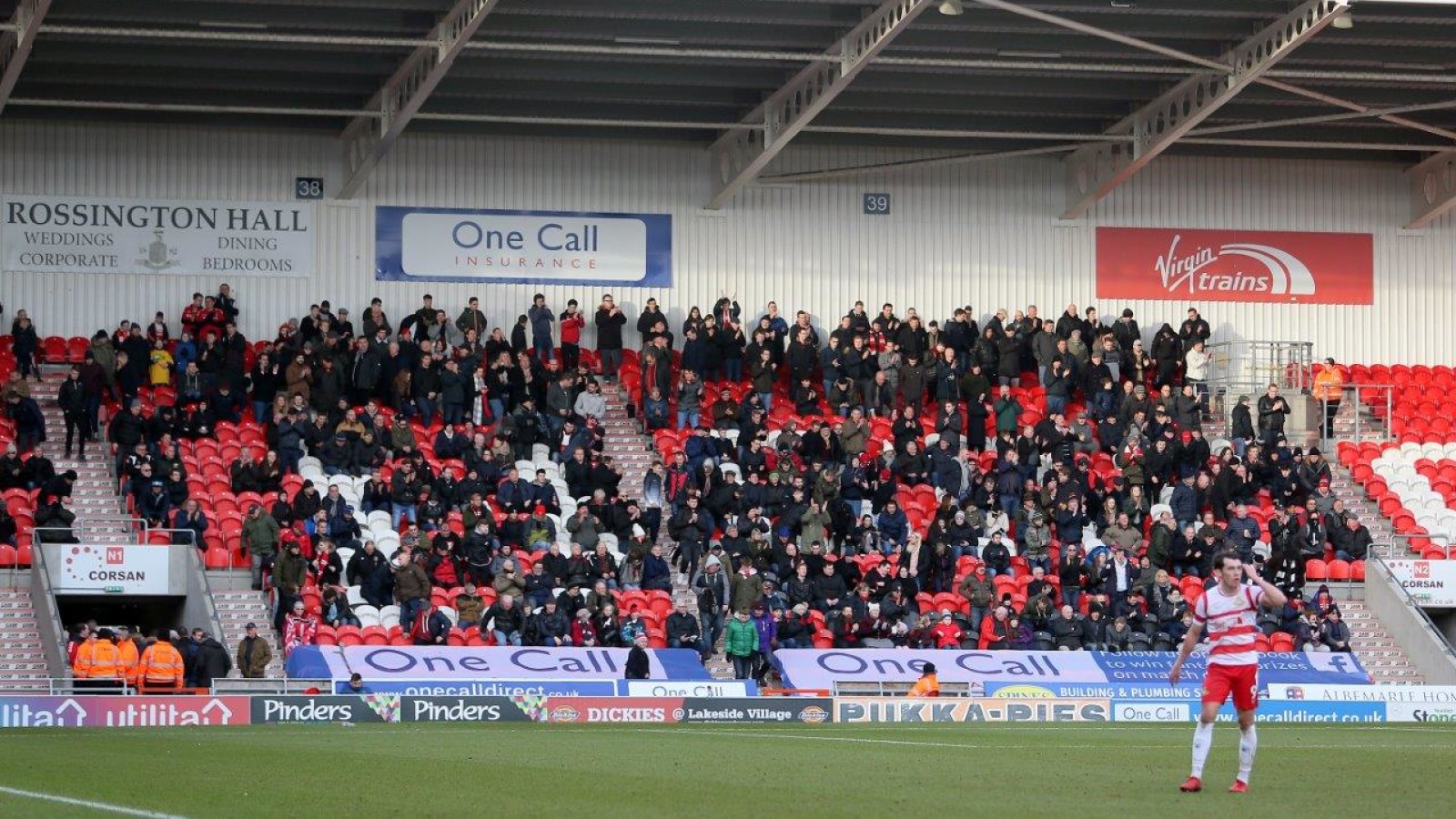 Heading to Doncaster Rovers on Saturday? Here's everything you need to know about an away day at the Keepmoat Stadium...

Over 1,000 travelling Addicks will be situated in the One Call North Stand, situated behind the goal at one end of the stadium.

As it is a modern stadium, the view and facilities are good with plenty of room.

As usual, food is available in the ground with burgers, pies and the like on offer as standard. There are plenty of options outside the stadium as it is situated next to a retail park.

KFC, McDonald’s, Gregg’s and a Beefeater are all found in the Lakeside retail park, while fans can also grab a bite to eat at the Belle Vue Bar which is located at the West Stand.

There are plenty of options in the town itself. Outside the station is the Railway Hotel, while the Tut n’ Shive and The Plough are also recommended. In the Frenchgate Centre is the Mallard, with nearby Great Northern, Wetherspoons and Walkabout also fine.

Train run directly to Doncaster from London King’s Cross with the journey time taking less than two hours. With the stadium being out of town, it will take around 35 minutes to walk, otherwise there is a taxi rank based at the station or the number 73 bus which takes around 15 minutes or the 72 which takes a slightly longer, more scenic route.

Over 1,000 Addicks had snapped up their tickets for the trip to the Keepmoat Stadium by the time they came off sale on Thursday afternoon.

Tickets will be available from the ground on the day with no price increase. Just head to the away ticket office.

Tickets for Charlton’s next home game – against Portsmouth on Saturday, March 9th – are on sale and can be purchased online by clicking here