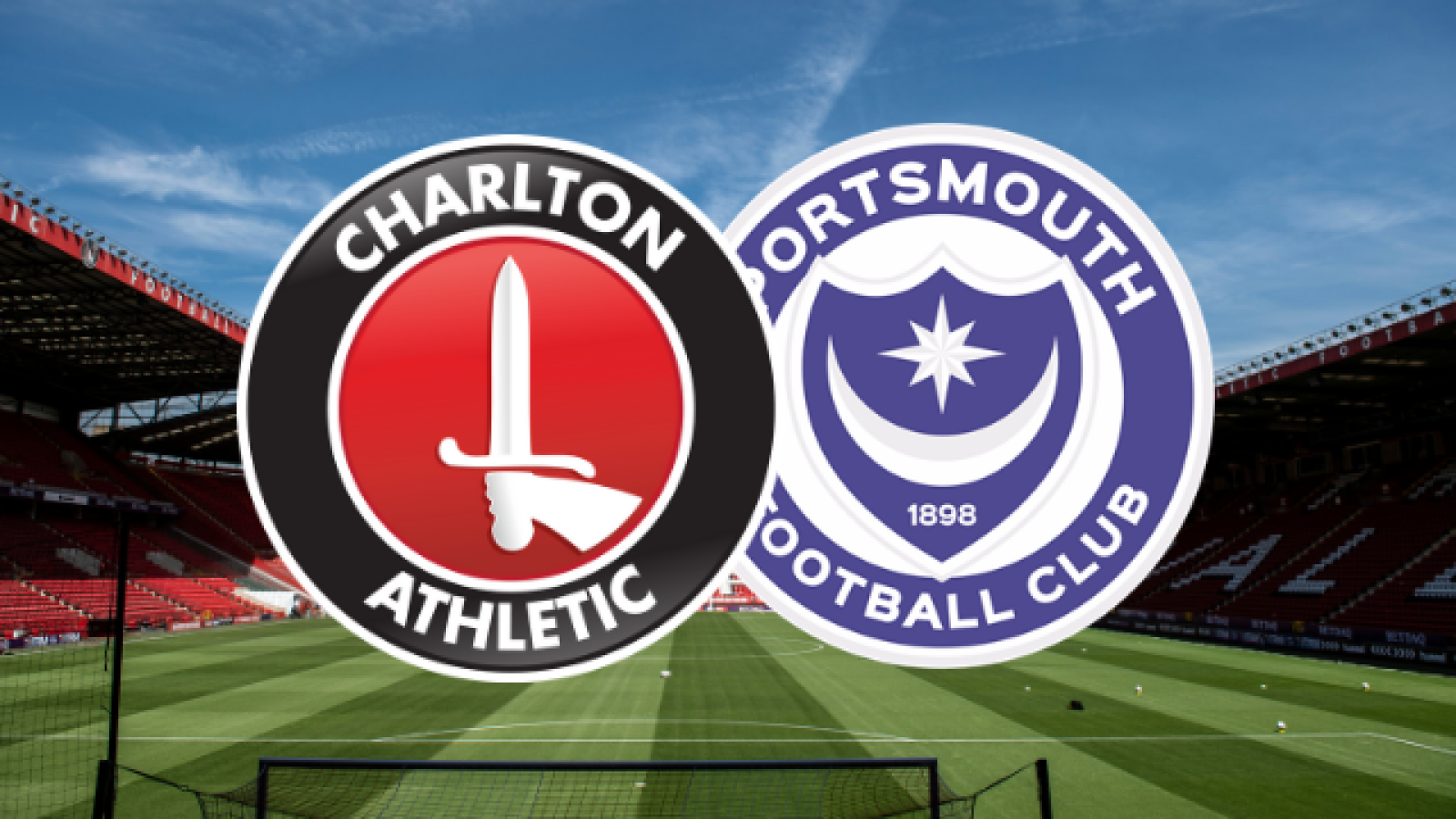 Charlton will be hoping to get back to winning ways on home turf as they take one Portsmouth at the Valley on Saturday evening (5:30pm).

The Addicks will look to use their strong home form this season to reel in the fourth-placed visitors who are desperate to keep their automatic promotion hopes alive.

Portsmouth are coming off the back of a thumping 5-1 victory against Bradford City, but that was their first victory in seven league games, while Lee Bowyer's men are aiming for all three points at home following two consecutive draws, with the unbeaten run in SE7 stretching back to early October.

Charlton will be without Jason Pearce after the captain suffered a minor setback in his recovery from his ankle injury, while Lewis Page and Jake Foster-Caskey remain long-term absentees.

After playing for the U23s again on Thursday, Albie Morgan could be back in the squad for the first time since injury halted his run of matches at the turn of the year, while Josh Parker has recovered from a virus that has kept him out of action for the past two games.

For Pompey, Christian Burgess is set for a short spell on the sidelines with an ankle injury, while Omar Bogle, Andy Cannon and Jack Whatmough are all still missing.

Oli Hawkins, Ronan Curtis, Nathan Thompson and Matt Clarke all picked up injuries last weekend, but are expected to return fit at The Valley.

Tickets for Saturday’s home game are on sale and they can be purchased online by clicking here or by calling 03330 14 44 44 up until 3.30pm on Saturday. They will remain on sale in person from The Valley right up until kick-off.

Porstmouth boss Kenny Jackett:" Both sides have a lot to play for – they’re big clubs and promotion is a realistic aim. It’s going to be a great occasion on live television and the fixture is promoting diversity, while I’m sure there will be a fantastic atmosphere."

Saturday’s match will be the 106th meeting between the two sides, making Pompey the Addicks' most played opponent.

Charlton have come out on top on 35 occasions, while Portsmouth have won 43 times, with the remaining 27 matches ending in draws.

First half goals from Karlan Grant and substitute Nicky Ajose sealed a 2-1 victory for the Addicks when the clubs last met at Fratton Park in December.

This time, we wind the clock back to April 2006 when the Addicks came from behind to beat Pompey late on at The Valley.

He has refereed 20 games so far this season across all four divisions, showing 75 yellow cards and no reds thus far.

His last occasion officiating the Addicks came in the 2-1 victory at MK Dons in February 2018.

The Angola international Charlton journey has taken many a twist and turn since first arriving in SE7 in 2014 and, in an in-depth, six-page feature, he speaks candidly on the reasons why he feels he has struggled to repeat his early performances and why Charlton is a much happier place now than his previous experience, as well as revealing why he has taken on a law degree.

The North Stand’s free entry supporters’ bar will be open as usual, with its doors opening from 2pm.

On Saturday, the Fans’ Bar will be showing Scotland v Wales and England v Italy in the Six Nations Rugby and fans will also be able to watch results elsewhere pour in before kick-off.

Saturday's Family Activity Zone will be open between 3.45pm and 5pm, giving youngsters the chance to warm up for the game by playing FIFA, pool and table tennis.

Alternatively, Sky Sports will be televising the game with the match being shown on both Sky Sports Main Event and Sky Sports Football with coverage beginning at 5.15pm.

The club will be celebrating Red, White and Black Day at The Valley on Saturday. A parade will take place at 5.10pm led by Carl Leaburn, Paul Mortimer and Jason Pearce.

Fans are advised to arrive at The Valley in good time, and to plan their journeys in advance, in order to avoid long queues when buying tickets and entering the ground. Searches will be taking place at the turnstiles due to heightened security in the capital at this time.