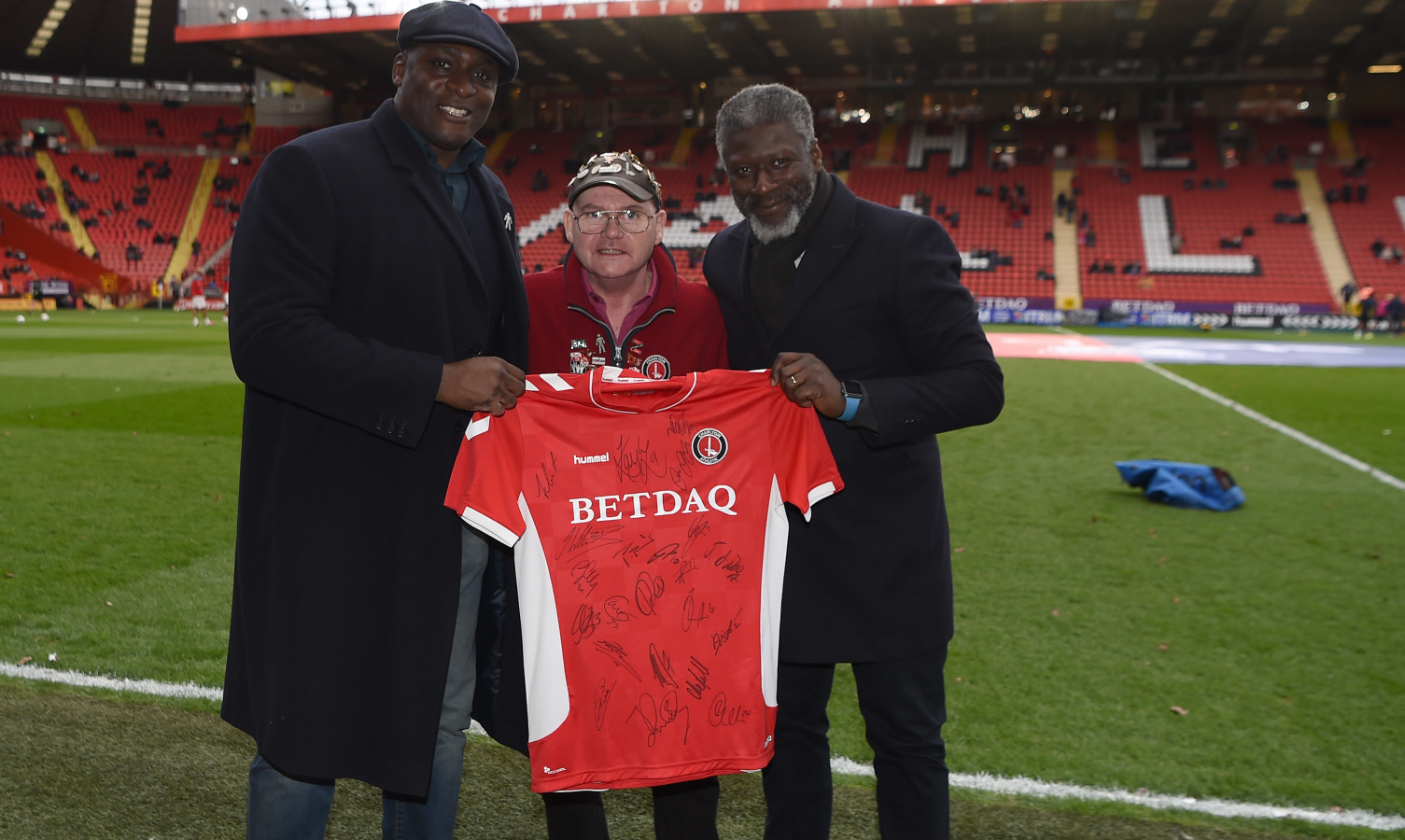 This week Charlton Athletic Disabled Supporters Association (CADSA) nominated Tony Farrell. We asked him for some of his Charlton memories.

Why I became a Charlton fan: I had moved locally in 1978 and a bunch of mates from work all decided to go down to The Valley to see a game and, although the football wasn't great at that time, the atmosphere was so I carried on coming along. Up until then I had been travelling to various London grounds, both League and Non- League, with no particular allegiance to any team, just to watch a game. What also sealed my support for the club was when I witnessed one of the most surprising, and funny, events I had seen on a football pitch, Derek Hales and Mike Flanagan exchanging a few punches during the Cup match against Maidstone in January 1979 – classic!

My first game at The Valley was: A Tuesday night in August 1978 to watch Derek Hales score in a 1-1 draw against Burnley... and he scored his 100th goal for Charlton in the next game against Bristol Rovers.

My first away day with Charlton was: A game at the Old Den against Millwall in October 1978 which we won 2-0! My older brother was a Millwall season ticket holder at the time so I “ripped into him” after that one but, unfortunately, that didn't happen often enough in the years that followed.

On 25th May 1998 I was: Working in Waterford, Republic of Ireland so I had to depend on the BBC and local radio to keep up to date on the result. I celebrated that night with just a few pints of Guinness......but all is not lost, we could have a repeat of that fixture at the end of this season – with the same result please.

My favourite Charlton game is: An away game in the Carling Cup against Chelsea in October 2005 where we beat them on penalties after finishing the first 90 minutes 1-1 (although Mourinho mumbled something about Chelsea “didn't lose the game” afterwards). Even though the away fans were not supplied with programmes and we were stuck in the Lower Shed End (it was like looking through a letterbox!) good ol' Bryan Hughes stuck away the deciding fifth penalty to send us all home happy.

My favourite Charlton player: Has to be Derek Hales. His reputation as a goalscorer was well established by the time I had watched him but he still had it in him to be top goalscorer from 1980 to 1984....and he's a nice bloke!

My favourite Charlton kit is: The home shirt worn in the 1980/81 season which had one manufacturers badge and one club badge on the chest, a season before the shirts had FADS plastered across them (and all the other adverts that followed).

The best part of being a Charlton fan is: I suppose most fans would say that the atmosphere at their club is great, but it really is at The Valley, with the chance to catch up with mates pre-match and see "where that's left us in the table" post -match. I've been involved with the Charlton Athletic Disabled Supporters Association (CADSA) since 2004 and became secretary/vice-chair in 2010 so that takes up a fair bit of my spare time, but I enjoy it.

The Charlton player of the season will be: The main prize will probably go to Lyle Taylor for all his goalscoring exploits this season but our own (CADSA) award tends to go to a different player, or at least it has done over quite a few seasons, so Naby Sarr?....who knows!

The game I am most looking forward to is: The first game of next season – in the Championship!