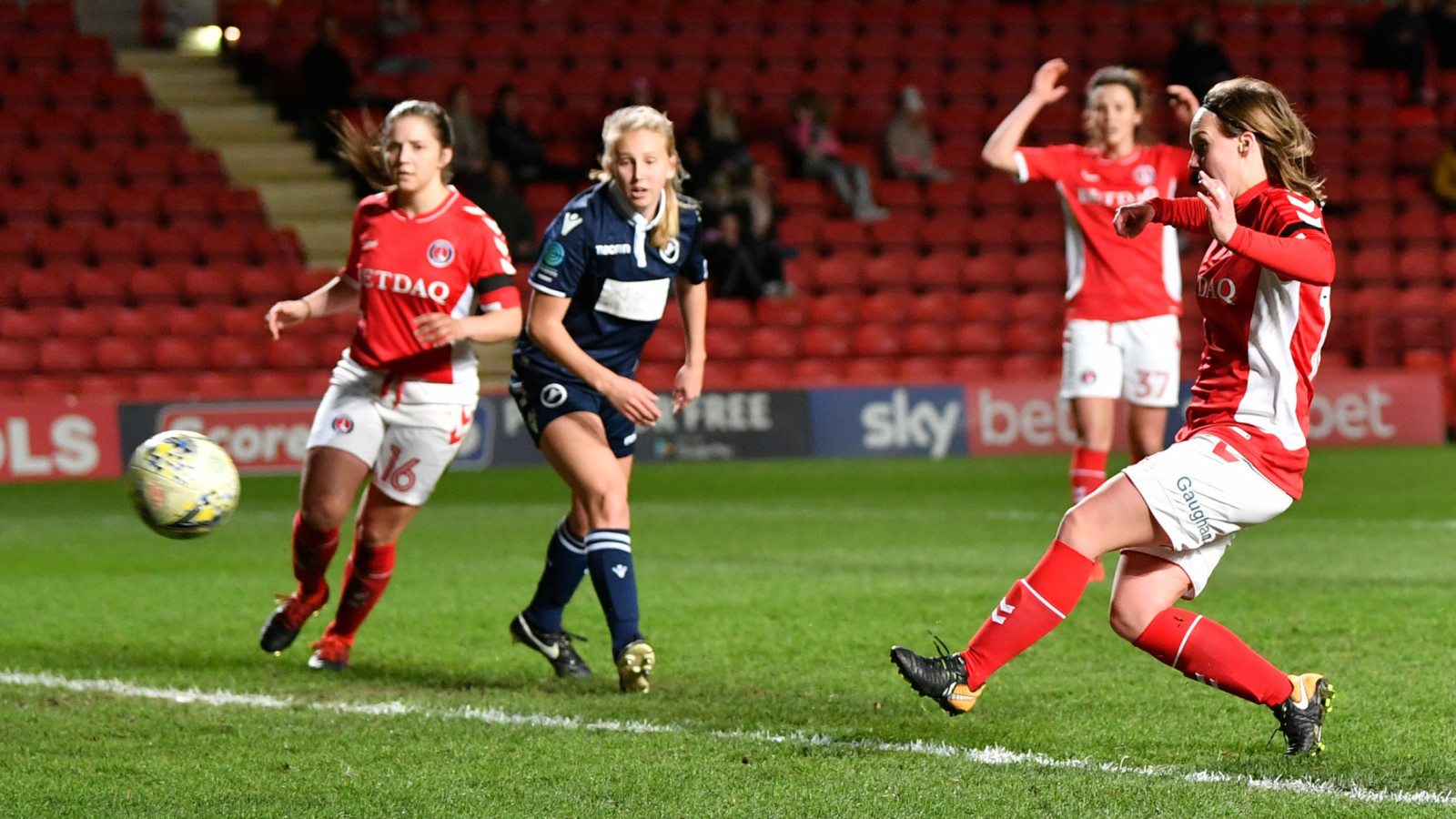 The Charlton Athletic Women’s team moved up to third in the FA Women’s Championship after a convincing 3-0 win against Millwall Lionesses last Wednesday evening.

The derby, which was played at The Valley, was dedicated to celebrating the life of former Charlton Women youth player Jordan Dawes.

Teams wore special tops for Jordan as they left the tunnel, and everyone in the stadium took part in a minute's applause for Jordan prior to kick-off.

Charlton attacked Millwall straight from kick-off and in the sixth minute Lilli Maple made an excellent pass to Kit Graham whose powerful strike went across the face of goal.

Three minutes later, Charlotte Gurr whipped in an excellent free-kick, but Amber Stobbs fired the ball just over the bar.

With ten minutes left of the half, the floodgates opened. Liz Ejupi sent in a perfectly-drilled cross and Graham was there to slide the ball into the back of the net to give the Addicks a deserved lead.

Four minutes later, Charlton doubled their lead after a well-executed counter attack. Graham fed the ball into the path of Gurr, who made no mistake in slotting the ball past Chloe Sansom to make it 2-0.

Charlton wrapped up the first half in style thanks to a sensational effort from Ejupi.

The forward picked up the ball 25 yards from goal and slammed it past Sansom into the top corner to wrap the game up for the Addicks.

Charlton continued the second half like the first, but were unable to break through the Millwall defence.

In the 55th minute, Sansom made an excellent save to parry away Stobbs’ curling effort that looked destined for the top corner.

Addicks stopper Katie Startup made the save of the match in the 90th minute. Evie Clarke was one-on-one with Startup who came out big and made a superb save to keep a well earned clean sheet.

Charlton’s next game is at home against second-placed Manchester United on Sunday 24 March, 2pm kick-off at The Oakwood.