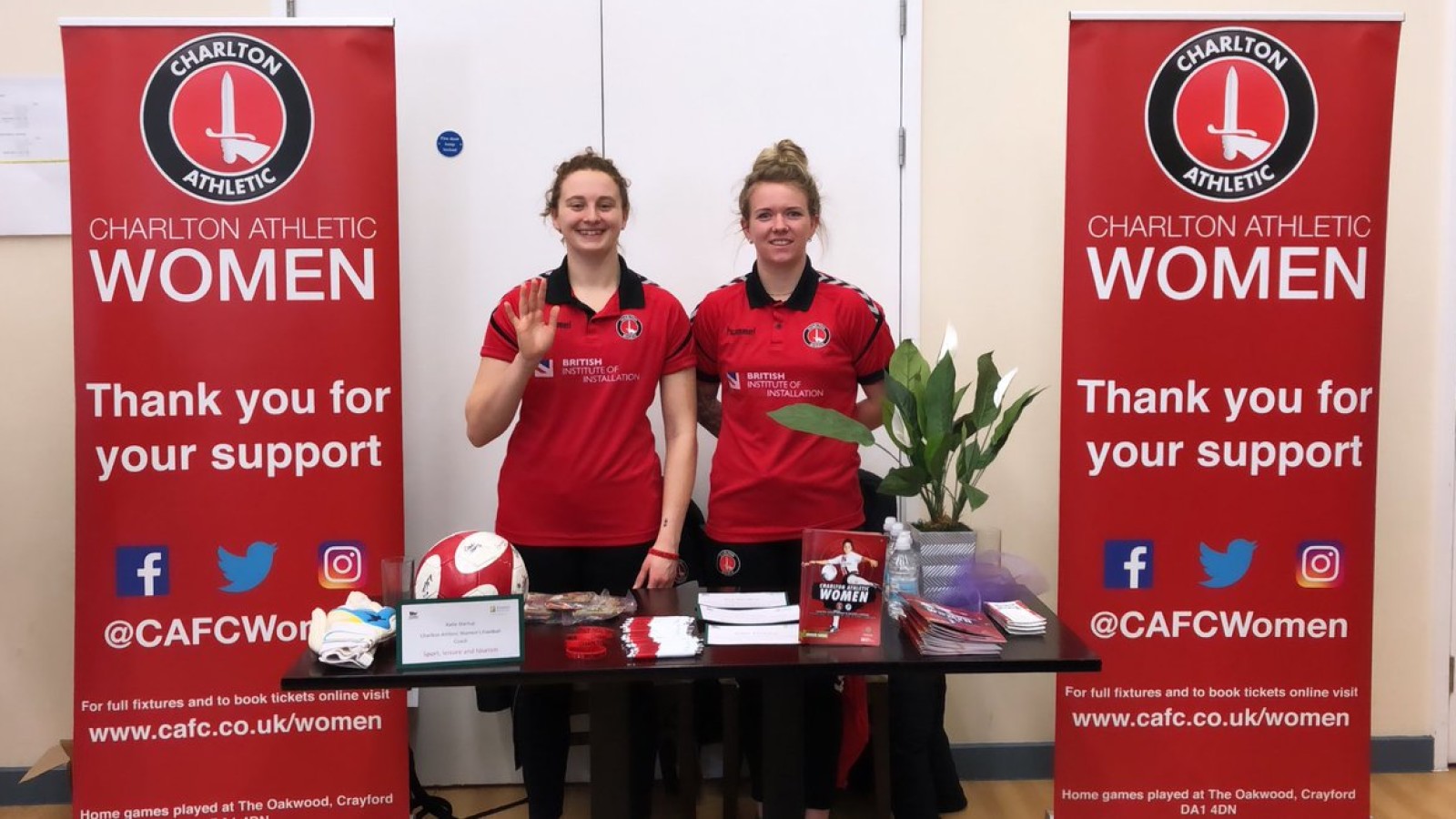 Katie Startup and Ellie Dorey of the Charlton Women’s team attended the school as part of a careers fair. The aim of this was to show the children the different kinds of jobs they could do in the future.

The players were able to breathe positive energy into the younger children. Katie said: “A lot of them were the same age I was when I first started playing football and the journey they will have should they progress as players will be so much better as the women's game is evolving so much.”

Katie and Ellie also spoke about dual careering and other jobs connected to football to try and positively remind the children that, not making it as a footballer didn’t have to exclude you from the sport: “It was an enjoyable experience to be able to speak to kids and hopefully to have a positive influence on their future is very important."

At the end of the fair, the players handed out tickets for matches and merchandise to all the children.

Charlton’s next game is at home against second-placed Manchester United on Sunday, March 24th, 2pm kick-off at The Oakwood.