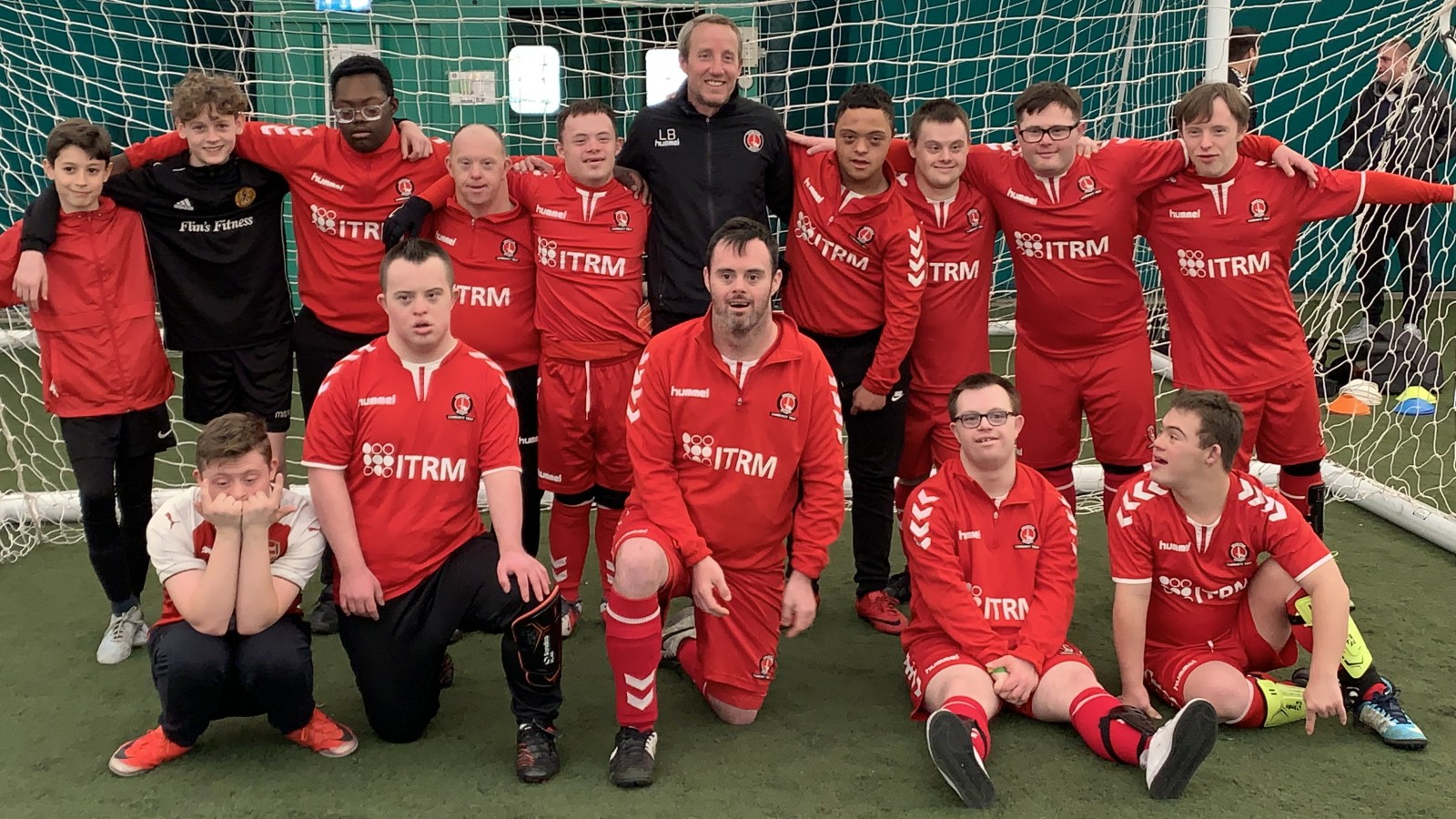 Manager Lee Bowyer and the club’s Kit Manager Grant Basey surprised the Charlton Upbeats on Saturday when they turned up during at their training session to spend time with the players.

The Charlton Upbeats programme, which launched 11 years ago, uses football to help aid and support children with Down’s syndrome. The programme consists of two different age groups for younger and older participants and the Upbeats have gone on to be crowned DS Active National Champions eight times.

Bowyer and Basey both made the surprise visit during the session and were eager to ask questions and get to know more about the sessions and what went on.

Head of Early Help and Prevention at the Charlton Athletic Community Trust Carl Krauhaus said no one was expecting the duo to stop by.

He said: “It was unannounced, which was brilliant. They just came in. Obviously, Lee is aware of the programme but popped in to say hello and took part in some games with the lads. They stayed a long time.”

Krauhaus was jubilant at the surprise arrival and pleased with the general interest shown by Bowyer and Basey throughout the session.

He said: “Lee spent the first 10 minutes asking some questions about the programme and then they both decided they wanted to get involved with the games. They had a team each, it was Lee vs Grant’s team and they played for about half an hour to 40 minutes.”

The Upbeats were in awe on the day and were all eager to impress the first-team manager.

Krauhaus explained: “They loved it. Obviously, quite a few of them are Charlton fans, so they all knew who he was, so they were thrilled to have him there. The Upbeats were well pleased.”

The annual Upbeats Walk on April 13th starts at the club's training ground in Sparrows Lane. Everyone taking part in the event will travel nine miles to make it to The Valley in time for kick-off in the club’s game against Luton Town.

Currently in its 11th year, the Upbeats programme is fully funded by voluntary donations. Click here to sign up to the walk and make a difference.