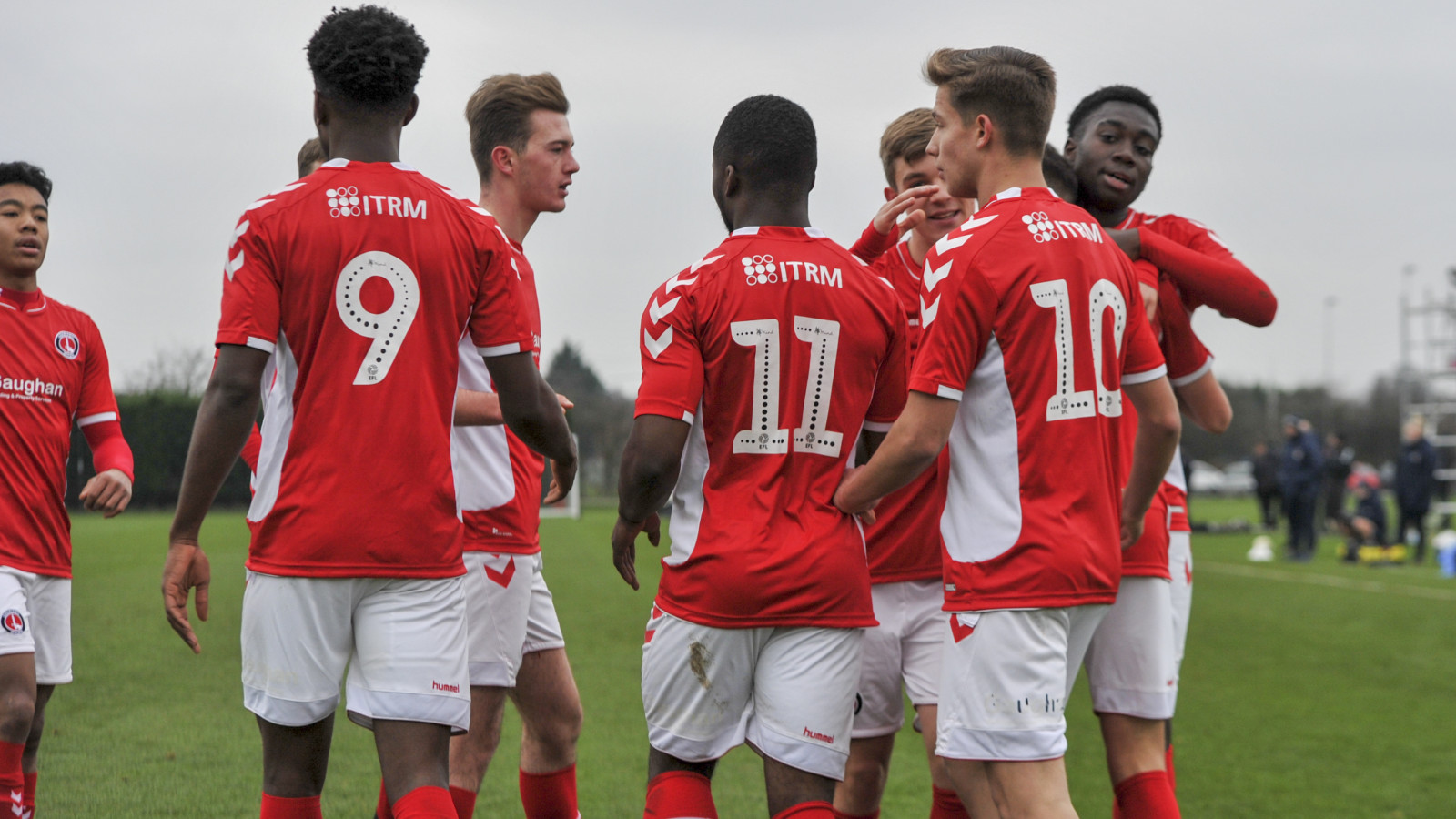 Saturday’s matchday against Bradford City is our women in football day at The Valley.

Ahead of the day, we are celebrating some of the women in football that help make Charlton Athletic what it is. For the first instalment, Benjy Nurick sat down with Academy Secretary Ruth Corry.

Dillon Phillips, Albie Morgan, Chris Solly, and George Lapslie have all graduated from the Charlton academy to play prominent roles in the Addicks’ first team this season, while a wealth of graduates ply their trade elsewhere in the football pyramid, continuing the proud history of one of football’s most esteemed academies.

Everything operational involved in the running of the hugely-successful Charlton academy goes through one woman, the Academy Secretary, Ruth Corry.

Corry is currently in her third campaign with Charlton after joining from Arsenal and as Academy Secretary finds herself with a wealth of responsibility.

“My full-time role here is Academy Secretary for the boys' academy and then I also work part-time as the manager of the girl’s RTC U10 team," she said.

“My main responsibility is to make sure things run on a week-to-week basis, so I take care of everything operational from the U9s up to the U23s. I also take care of all registrations of players up until the Under 19s.

“There are so many different things that need to be done and so many stakeholders to work with. Internally, there are a great team of multidisciplinary staff at the Academy and also first-team staff at the training ground. We have to make sure our programme fits in with their plans, as well as the staff at The Valley. Externally, there are countless stakeholders; away teams, referees, coach companies, airlines, the Premier League, EFL and The FA; dealing with all of them and making sure our plans are correct and work efficiently week-to -eek.”

During her three years Academy Manager Steve Avory has been delighted by the impact Corry has made. He said: “She is highly regarded by myself and everyone at the club. She’s made a big impression since day one of working with the academy. She’s first class because she gets the basics done, which is important to me, but she’s also proactive, has initiative and is creative.”

In the ever-changing landscape of football, Corry is tasked with the demanding job of organising and maintaining that constant change.

She said: “The challenge is to keep on top of everything as things change all the time. We have games both in the week and at the weekends, but sometimes teams want to change the date, things get cancelled. Being the one who organises and communicates all the changes is one of the main challenges. So many people are involved and there’s 160 kids as well as the young pros, so it’s a lot of people to make sure are up to date and know what’s going on.

“It is an elite environment, so things should be done well and people should expect them to be done well, but it can be challenging at times to know what to prioritise.

“I like that every day is different. You can come in expecting to do A, B, C, but end up doing X, Y, Z, and you just have to think on your feet. It’s never boring, I never have a day when I think ‘I don’t really like my job, it doesn’t challenge me’. I’m lucky in that sense.”

Of course, being involved in the thriving Addicks academy is both a titanic responsibility and great privilege for Corry.

She said: “I came from a great academy at Arsenal but the reason I wanted to come here is that the people I knew spoke very highly about the environment and how productive the academy is.

“Days like last Wednesday really make you feel proud of what we do here (Read more about the Premier League coaching collaboration that took place at The Valley). Every Saturday you see the players playing for the first team and doing well with some then progressing onwards from here. For example a Joe Gomez that goes on to Liverpool and to play for England, or Ezri Konsa and Ademola Lookman who have played for England U21s. We get players into the first team, so that’s obviously really important. We’re lucky to be at a club that really buys into the academy. The club as a whole has a legacy of producing players from the academy and putting them into the first team, seeing them do well is something that makes us all proud. It doesn’t happen at all clubs, and definitely not to the numbers and standard that we strive to maintain.

“The Manager [Lee Bowyer] at the moment has gone full circle. He was here as an academy player, played for the first team, and is now the manager, so he understands the importance of what we do as an academy.”

Part of the secret of the influential Charlton academy is the development of the players as people as well as footballers, something paramount to Corry’s work.

She said: “Obviously, a lot of what we do is on the pitch. We understand that that is a priority, making sure they’re coached in the right way, and that they play in the right way. We understand though that a lot of these players won’t play for the first team or won’t necessarily be professional footballers, so we want their time here to have another benefit. We want them to develop as people as well as players; their holistic development is important to us.

“All the boys from U9s to U23s will shake your hand when you see them, they’ll say good morning, have a conversation with you, and we are really big on that. I know it sounds cliche, but I do really feel it here, that we create a Charlton family. It is the environment we create and it’s how we feel we can get the most out of players.”

Finally, Corry spoke about being a woman in football and the realities she faces in a predominantly male world.

She said: “I think I’m lucky that I’ve been at clubs where it hasn't been an issue, I’ve worked hard to be offered positions and opportunities within football, regardless of my gender. I’ve not really let being a female be a problem. I work hard to be the best I can in my field and like to test myself. I am currently studying a masters in Football Business and Management with the Sports Business Institute in Barcelona, with the support of Steve Avory and the club, and am hoping to complete my B-Licence in coaching this year.

“Maybe there is a certain sense of feeling like you have to prove that you know about football being a woman, that you understand the ‘offside rule’ and all these ridiculous little things you feel you have to prove! But I’m lucky at Charlton in that I don't really feel that, especially now that I have been here for a couple of years - it’s a great environment here.

“The number of women in football and women’s football as a sport is growing, you just have to look at the recent crowds globally at women’s games – look at the 60,000 fans who turned out to watch Atletico Madrid v Barcelona recently. There’s still so much work to be done from a national and international perspective. I think it’s important. Women bring a different dynamic to the environment. Here, I don't see it as an issue but there’s still a lot of work to be done elsewhere. There is still a stereotype that women do not have a place in football – I think that if you are as knowledgeable and able to do the job as a man, then gender shouldn’t be a factor.”