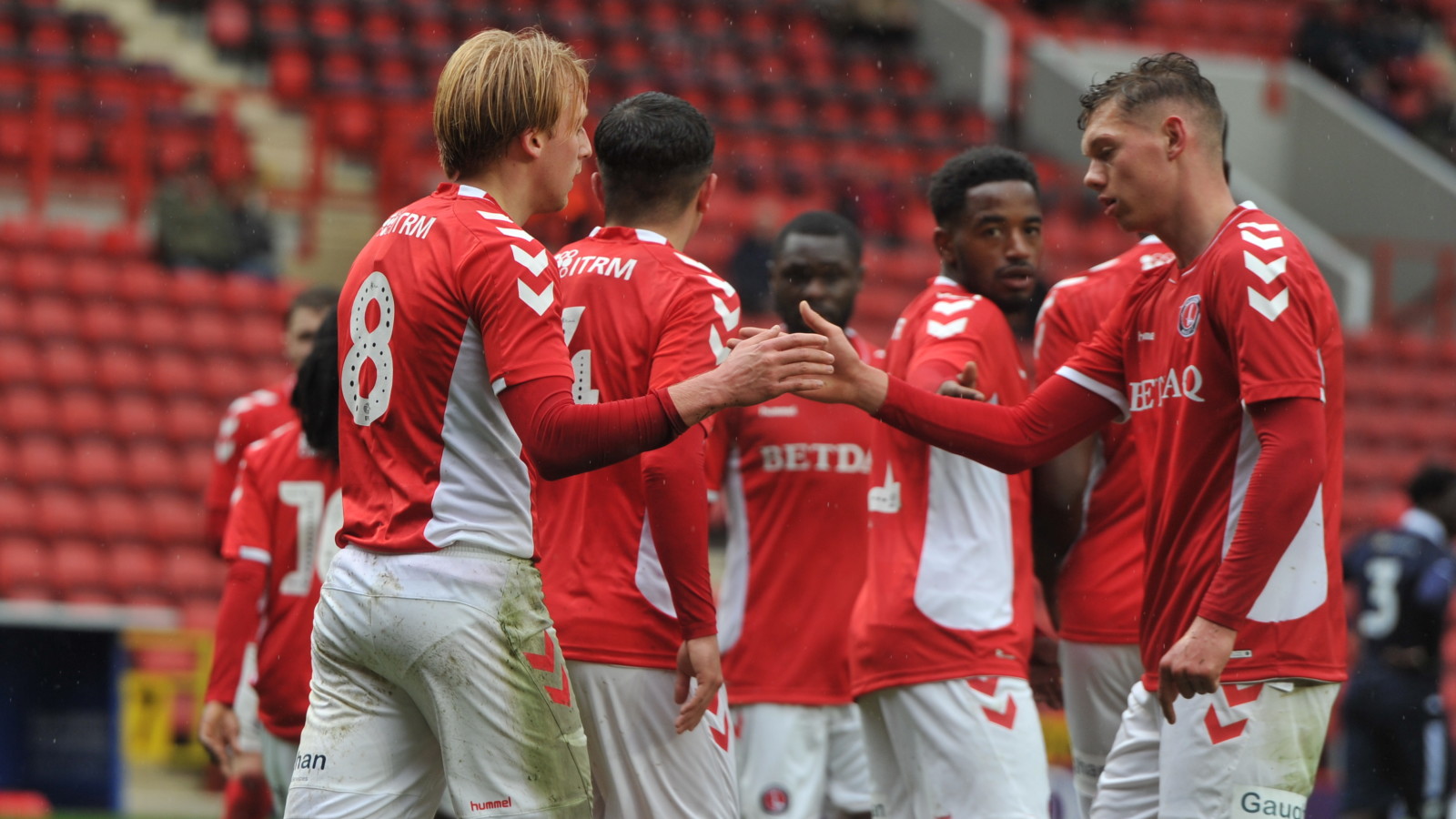 George Lapslie’s double ensured that all three points remained at The Valley, with a confident display earning the Charlton’s U23s a 2-1 victory against Millwall in Tuesday’s south-east London derby.

On the quarter hour mark, the visitors mounted their first attack, advancing to the outskirts of the Charlton box, but strong defending from Tyler French ensured that Fred Onyedinma’s deflected cross was cut out with Tom Elliott lurking ominously at the back post.

After beginning to control proceedings, the hosts took the lead in the 21st minute through an excellent Lapslie header. Marshall beat his marker on the right flank with a sharp turn of pace before whipping a pinpoint cross onto Lapslie’s head, the momentum on the pass sending both the ball and midfielder careening into the back of the net.

Charlton continued to dominate possession of the ball but opportunities remained at a premium, with captain Kenneth Yao firing over the bar from long distance.

Lapslie, at the heart of the Addicks’ attacking prowess, nearly opened up Millwall’s defence in the 37th minute but his dangerous, low cross deflected behind for a corner.

Three minutes before the half-time whistle Tariqe Fosu was inches away from doubling the Charlton lead, seeing his diving header come back off the base of the post after Toby Stevenson found the midfielder with a cross from the left flank.

Albie Morgan had the home side’s first effort of the second half, stinging Archer’s palms with a rasping drive from distance.

Despite struggling to mount any serious first-half chances, Millwall were back on level terms 10 minutes into the second period, Elliott firing into an empty net after Nathan Harness had kept out the striker’s initial header with an exceptional save.

Josh Parker then missed an opportunity to regain the Addicks’ lead, hitting his first-time effort over the bar after latching onto a Marshall cut-back along the six-yard box.

Charlton were forced to weather a spell of Millwall pressure after conceding the equaliser, but Jason Euell’s men exploded back into life to re-take the lead in the 69th minute. Lapslie touched home his second of the day after Parker’s glancing header found the 21-year old free at the back post.

The Addicks dug in to survive the final 20 minutes with minimal fuss, Lapslie’s brace the difference as Charlton drew level with Millwall in fourth place of Professional Development League 2 South on 36 points.